Hey’s BoLS fans — It’s AdamHarry here with some truly juicy tidbits for you! I got the chance to travel the warp straight to the THQ Headquarters and sit down with the up-and-coming game Space Marine. In short, It’s awesome. If you don’t want any more spoilers, stop reading now! My initial thoughts on Space Marine are that THQ and Relic absolutely nailed it. With a Thunderhammer. Seriously. Everything from the Marines’ movement to the bolters impact and secondary explosion blew my mind! The Look and feel of the Grim-Dark is all over this game. Everything — from the opening screens to the menus and the visceral combat — is 40k! Fans of the franchise should know that THQ and Relic have treated this game and the entire IP as fans first. They understand that the Warhammer Universe has a rich history and a lively fan base and they respect that with their amazing attention to detail! In this series of articles I’m going to be breaking down my experience with the game in more detail. I’ll cover the game-play, the look and feel of the game, and go over a lot of the extra content that fans will appreciate. I also had a chance to sit with a few of the THQ folks and ask them their 40k credentials — just to make sure the game was in the right hands! Here is a quick clip of the fraction of the stuff we are going to be sharing over the next few weeks. Keep checking the main site and our YouTube channel for more videos!

Here is the official release announcement from THQ:

The Space Marine demo features two very different areas of the game. The first pits the player against an Ork horde outside the gates of a munitions factory. Armed with six devastating weapons, including the iconic bolter and lethal chainsword, the player will get to experience Space Marine’s seamless mix of melee and ranged combat first hand as they take on the rampaging invaders. The second area gives players a taste of the exhilarating Jump Pack sequences where the game’s hero—Captain Titus—takes to the skies to rain death from above.

Players who have pre-ordered the digital PC version of Space Marine through Steam will receive an exclusive early access period starting on the 18th of August, running through the weekend. Steam will also be running a Warhammer 40,000 bundle sale at a very special rate during the same period. Check out STEAM for more details.

Space Marine ‘Honour Guard’ community members will also get the chance to play the demo early on August 22nd, 24 hours prior to the public launch. For more information on how to sign up to get the demo visit http://www.spacemarine.com/user/register

~More coming in the days ahead. Space Marine is coming soon, are you in?

Author: Larry Vela
Dad, Gamer, Publisher, Pilot, Texan. All games all the time since junior-high. I started BoLS Interactive in 2006. I’m a lifelong tabletop & RPG gaming enthusiast, and internet publisher working to entertain and inform my readers every day. I've been playing RPGs and Tabletop Games since the 1970s. I'm been playing and covering Warhammer and Warhammer 40K for over 35 years.
Advertisement
Video Games Videos Warhammer 40k
Advertisement 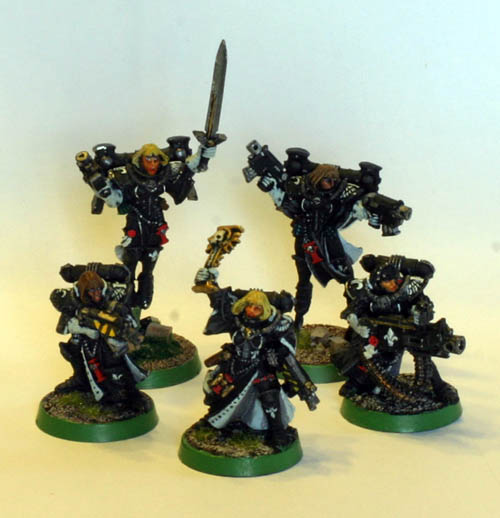