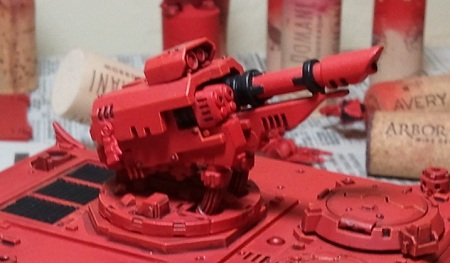 This simple conversion requires a twin-linked lascannon turret and two standard space marine plasma guns. Most styles of plasma guns will suffice as only the barrel portion of each plasma gun will be used. Before moving onto the next step clean off any excess flash and drill out the barrels, if desired, before cutting the pieces apart. Using a hobby knife, cut along the bottom line that is already modeled on the plasma gun. Do not rush this step or the barrel will come out uneven and the finished conversion will not look as sharp. Because the plastic is thick, the hobby knife may have a hard time cutting completely through the plasma gun. In this case make sure the blade is still sharp, and gently rock the hobby knife back and fourth. Hobbyists concerned about getting an even cut can always cut farther away from the line and then file the pieces back down until they are even. Next grab the right side lascannon. Once again cut along the lines designed as part of the model. Start by counting three rings over on the lascannon barrel to make your first cut. Your second cut should be along the bottom just past the bend in the frame. On this cut in particular cut just past the bend and then sand or file everything flat. If this piece is cut flush there is one more small connection to the lascannon barrel that will leave an unsightly divot that will need to have green stuff applied. Now the turret assembly and lascannons should be assembled. Since the lascannons are so thick there will be a bit of sanding and scraping to do before gluing on the plasma gun barrels. Now glue on your plasma guns. Place the glue on the lascannon and then place both plasma cannons on at the exact same time. Each plasma gun should overhang the lascannon mounting just a tad. Once complete glue the top armor as targeting sensors in place.

Remember to paint the Razorback red for full effect. Unlike normal space marines, since blood angels are fast, they can still move 6 inches and fire both weapons.

Thanks for reading, and have at it everybody.

Goatboy's 40k Thoughts - In Defence of the Grimdark 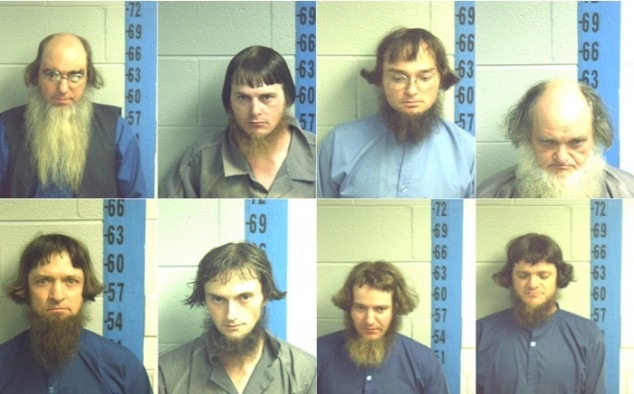