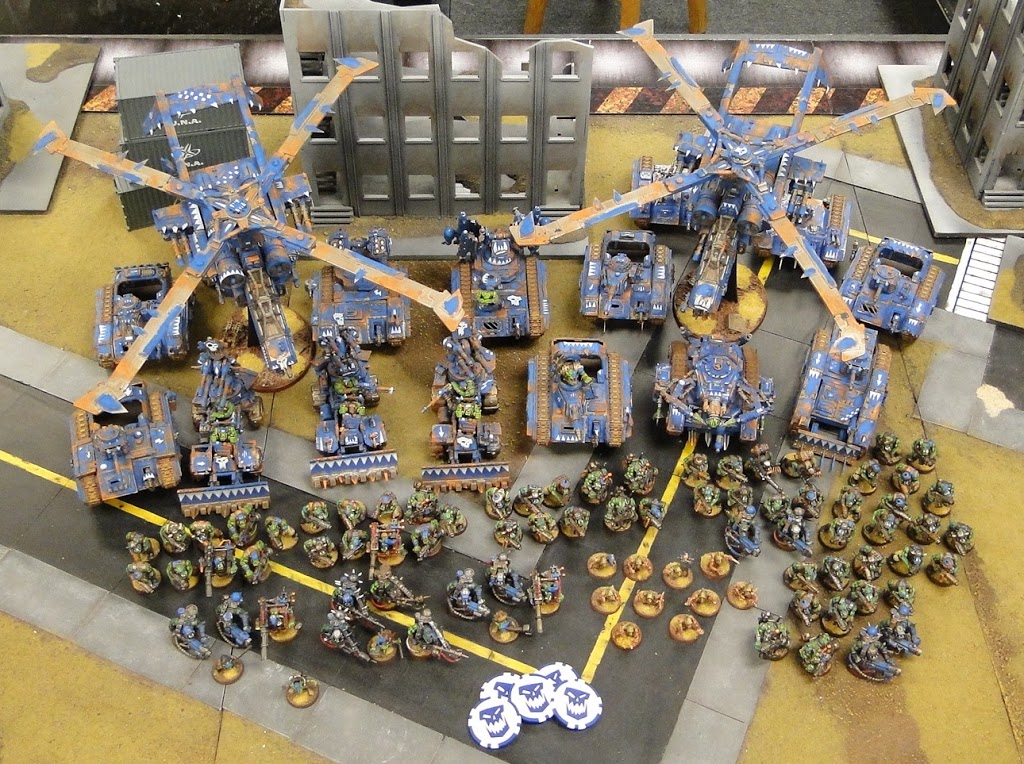 MBG back again with a showcase of my Orky Looted Guard Army. Recently I had a chance to bust out all the models and get some quality pictures (and video) of the army.

I have no clue why it took so long to record them in a glorious fashion, but hey sometimes things are just worth the wait I suppose.

In addition to the list below there is also a ton of converted Orks and Grots for the army as well, that help complete the overall “looted” theme. It all even fits all nice and neat into a Sabol Division’s worth of foam trays.

Checkout the extreme close-ups below! Sadly these Orks will no longer Waaaaaaaaaagh for me, as they have a new Warboss to lead them, but they will always be one of my favorite hobby projects. Comments are welcome everybody.

Author: Robert B
Robert is a veteran tabletop and miniatures gamer, and writer with over 20 years of experience. His specialtiesies are the worlds of Game's Workshop's Warhammer. He began writing for BoLS In 2010.
Advertisement
Armylists Conversions Imperial Guard Orks Warhammer 40k
Advertisement