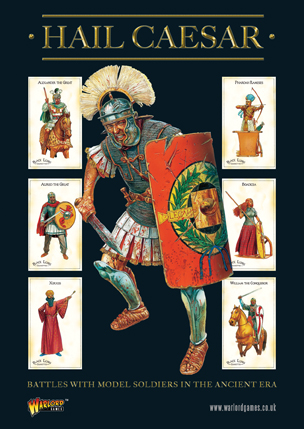 Hail Caesar continues in the same vein as Black powder, tweaking the rules set and providing the stats and abilities you and your buddies will need to fight battles in the ancient era. (1500BC to 1500AD or thereabouts) The book itself is excellent. Its hard-cover, full color, and filled with pictures and diagrams. The writing is excellent, and is filled with the same dry wit that set Black Powder apart from its peers. Of particular note are the historical anecdotes that are scattered throughout the book that feature excerpts from famous historical texts and colorful commentary.

Rules wise, the game is very similar to Black Powder, and, in many ways, reads like a more in-depth and detailed version of the Kings of War rules. Units are described in fairly general terms (as should be expected from a game that plans on encompassing dozens, if not hundreds of different armies, and 3000 years of military development) and the number of models in each unit is fairly flexible. Hail Caesar is written to give each group of players a great deal of leeway in what models they collect and exactly how they choose to assemble them into an army.

Much like Kings of War, individual models are not removed when a unit takes damage. Instead, each hit represents a variety of different factors that can reduce a unit’s effectiveness or push it closer to rout. This plays nicely into Hail Caesar’s very loose requirements for what exactly goes into a unit.

The command rules add a lot to the game, effectively representing the imprecise nature of command and control in the ancient era without bogging the game down in a big pile of rules.

One thing very worth mentioning is that the book features an excellent rules summary in the back that more or less breaks down the complete rules of the game in outline form over about 9 pages. I cant say for certain, but from what I can see, it looks like every single rule that a player would need to know is described succinctly in those 9 pages.

It is important to note that this is not a game for competitive play. It has no army lists or point system, and leaves it to each group of players to decide what should see the table and how each battle should unfold. It recommends multiple people per side, and an umpire as well. (though it is perfectly capable of being played one on one)

So far, I find myself a fan of both Black Powder and Hail Caesar. At least conceptually. I haven’t had the chance to actually play them, but I am looking forward to maybe picking up some 15mm or 1/72 scale models and giving them a go.

~ What do you think? Does anyone out there have any experience with Hail Caesar? Who is your favorite historical miniature manufacturer? 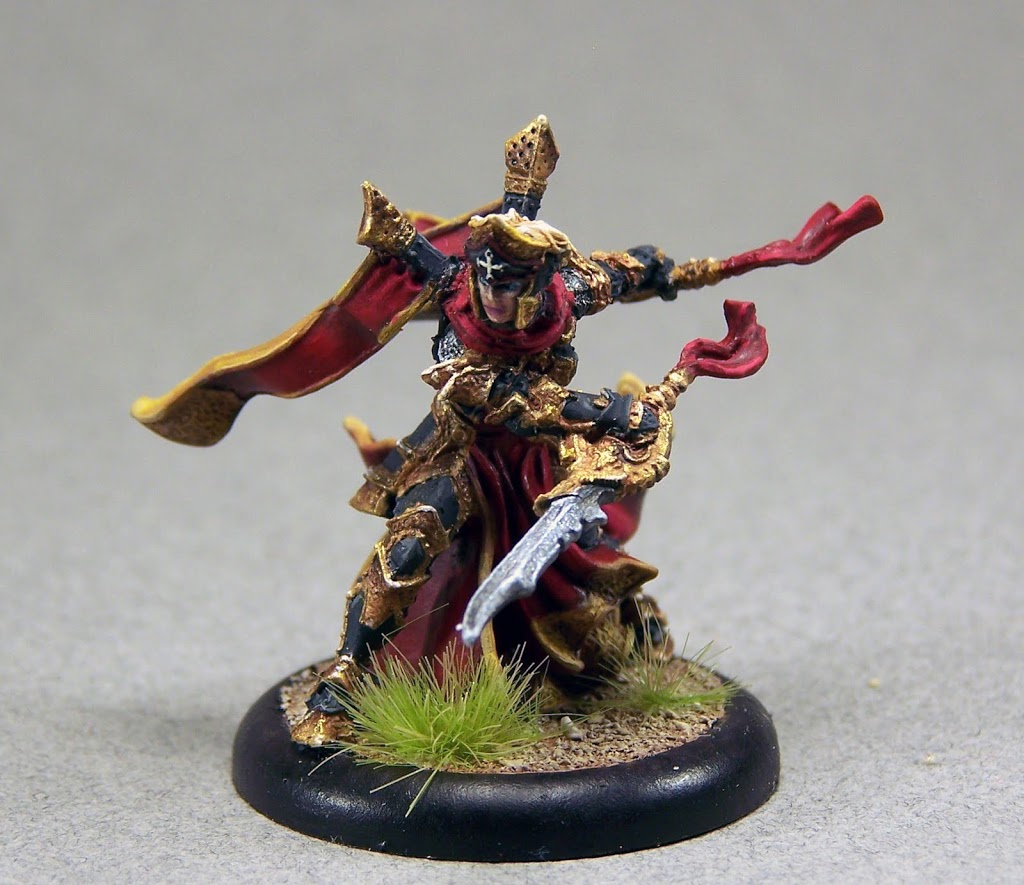