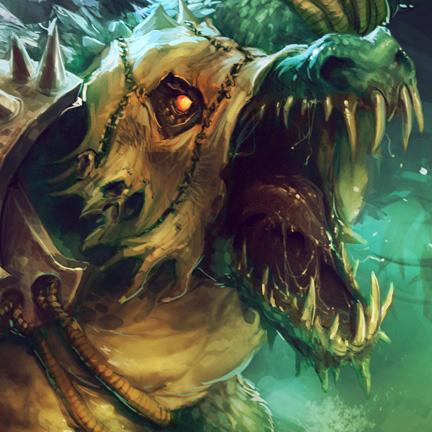 So the Clash has come and gone.  For those unfamiliar with the subject, check out my previous article on the Clash for Colorado where I discussed my preparation and armylist.  Let’s jump right in!

My first round was against Skyler.  He was the previous Clash champion and a very competent player, so I knew I was in for a rough game.  He was running the Protectorate, and all of his lists had the Covenant of Menoth that can make almost his entire army immune to knockdown effects, so I knew immediately that Barnabas was out.  All of his lists ran full units of Exemplar Errants with the Unit Attachment as well, so Calaban with his battery of offensive spells didn’t strike me as a good idea either.  This left Arkadius and Carver, to which the answer was obvious: Carver.  He ended up running a Thyra list with full Knights Errant, two units of Daughters, the Avatar and Blood of Martyrs, Choir of Menoth, the Covenant, a Vassal, Epic Eiryss, and Madelyn Corbeau.

Overall the game went pretty well all things considered, but I did eventually lose due to a very poor positioning decision with one of my War Hogs during the late game.  My high volume of heavies made it difficult for him to take them out since all he had were low P+S weapon masters and his two warjacks to contend with them.  He started off by shoving his Daughters down my throat.  Using Rorsh’s Diversionary Tactic and concentrated fire from my Brigands I was able to thin them down to three from either unit.  He made an early error that neither of us caught that had a big effect, forgetting to put his Covenant on the board (the TO allowing him to bring it on from his back table edge on turn three).  This allowed me to knock down the Avatar with Brine in order to break Enliven from the Vassal so that a War Hog could move up and finish it off.

I lost Brine the next turn to his remaining Exemplar Errants and Blood of Martyrs.  I spent the next turn trying to clear off my the War Hog near Blood of Martrys of Knights Errant, but I couldn’t roll dice to get him free, so I ended up taking free strikes to run it back, at the time thinking that his single remaining heavy to my two had Overtake and not Side Step, which inevitably ended up costing me the game even though I had him on the ropes.  Know your enemy, folks. For my second round I drew Khador.  My opponent had already run his Irusk list, so he couldn’t rely on Superiority to stop me from knocking his ‘jacks down, so I took Barnabas against his Butcher list with Drago, a Berserker, Doomreavers, Widowmakers, a pair of Manhunters with Yuri, Fenris, Epic Eiryss, a Marksman, and Kayazi.  We drew one of the radial scenarios where my Bog Trogs proved invaluable, killing all three of his Great Bears and Fenris (luckily passing my Abomination check) on the turn they came on.  The Gatorman Posses were a terror for him as well, destroying almost his entire unit of Doom Reavers on one flank while going after Yuri and his Manhunters on the other.  I pivoted around a piece of terrain to keep him from closing on my heavies with the Butcher, so he responded by running his Kayazi in to tie them up.  I dispatched them easily by using the Spitter at close range, which eventually lead to me taking his warcaster out by throwing one of my Wrastlers, casting Rise on it, moving it with Warpath, popping Barnabas’s feat to knock his warcaster down, and then charging the Butcher to end the game.

My third round was against the Protectorate again.  All of his lists had full Exemplar Errant units with the Attachment and Senechals, so I was already in trouble with only my Arkadius and Calaban lists left.  I took the latter against his Vindictus, and suffice it to say it did not go well.  He ran him with the Avatar and a Reckoner, the Choir, a Vassal, Bastions, a pair of Paladins with Vilmon, and Rhupert.  I had mentioned in my previous article that I didn’t feel great about my Tier 4 Calaban list due to the low volume of Gatorman Posse, and it turns out that my feelings were on the money.  My single unit of Posse got ripped up trying to kill his Errant benefiting from Defender’s Ward (from Vindictus) and Tough (from Rhupert).  Because I was having a hell of a time killing them, I couldn’t close on his Reckoner or Avatar with my Wrastlers.  His ‘jacks with their longer threat range and high P+S made a mockery of my heavies.  Again, it wasn’t pretty. The final round was against Legion. My opponent was running a very beast-heavy Epic Thagrosh list with me running Barnabas again in Capture the Flag.  His list had Typhon, a Carnivean, an Angelius, a Seraph, a Scythean, some spell Martrys, two Feralgeists, and a Shepherd.  The early game went rough for me due to his superior mobility and the fact that I held my Bog Trogs until the fourth turn.  It was a slug fest.  He circled a Carnivean and a Seraph around my left flank to go after my flag while I concentrated most of my forces to the right.  I eventually broke the right side open with a single surviving Gator, a Wrastler, Barnabas, and my Spitter, but the left side collapsed, allowing him to score a point.  I responded to this by running my Bog Trogs straight for his flag the turn after they came on while running the rest of my army back to contest my flag, tying the score 1-1.

He was in trouble at this point since the only things he had near my flag were his Spell Martyrs, Seraph, and Carnivean, while the only thing he had near his own was Epic Thagrosh.  Consequently, he ended up leaving his warbeasts without the ability to force so he could keep me from scoring again and winning by scenario.  It took him a few turns to wipe out the Bog Trogs, but it gave me the time I needed to finish off his unsupported beasts and Martyrs.  By the time the Trogs were dead, all he had left was Epic Thagrosh.  I took him out by throwing my Wrastler forward with the Spitter, casting Rise, and charging the Wrastler in to finish him off.

This put me at 2-2 for the tournament.  This was my first experience putting warbeasts in a Lesser Warlock’s battlegroup, the results being that I ended up removing beasts from the table when each of the lesser warlocks died.  I don’t think I’ll be using that strategy again unless I’m taking a Bull Snapper, which is cheap enough to justify the risk.  Protectorate continues to be a difficulty for Minions, their defensive abilities being really hard to crack with my theme lists.  The Totem Hunter and a Thrullg would have made dealing with these things much easier, but alas, they aren’t available in theme lists at the moment. I’m also feeling even more convinced of my earlier statements about Cygnar’s problem with its reliance on defensive upkeeps and Dig In, seeing as how I ended up facing down Errants twice.  The single qualifying player running Retribution took several units of the Mage Hunter Strike Force.  Epic Eiryss was also notably ubiquitous.

Now that the Clash is over and done, I’ll be diving back into Cygnar and soon hopefully working on Super Dungeon Explore, which is set to ship later this month to those who pre-ordered it.

Author: relasine
Relasine is a veteran tabletop wargamer with over 10 years of experience. His specialty is Privateer Press' Warmachine & Hordes gamesystem. He began writing for BoLS in 2010.
Advertisement
Battle Reports Warmachine-Hordes
Advertisement