40K Deep Thought – Is Forgeworld Ready for the Big Leagues? 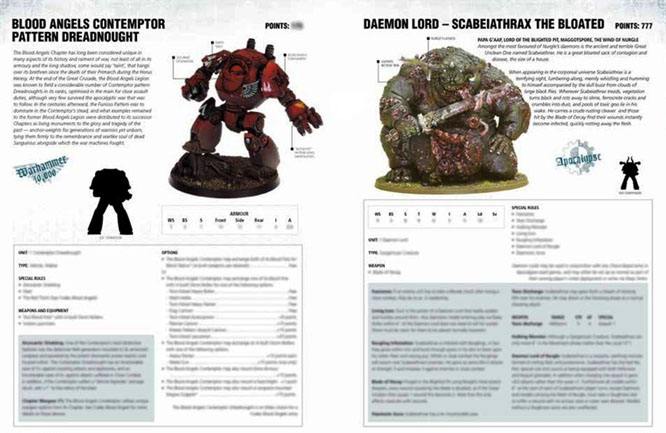 In particular I’ve noticed that in addition to all the cool stuff we saw in the Table of Contents (which ARE cool, but we’ll get to them later) every page in the book has a clearly defined label that says either: “Warhammer 40,000” or “Apocalypse” (see the top picture)  The earlier books from Forgeworld don’t contain these labels, and it got me to thinking.

One of the 6th Edition rumors said that there would be some attempt to integrate Forgeworld into the “mainstream” Warhammer 40,000 game/universe.  Looking over the unit entries, it is clear that the “Apocalypse” entries included anything with structure points, was a gargantuan creature, and all Formations.  It was only the relatively minor stuff like Land Raider variants, Falcon sub-types, and other such little stuff that were in effect different flavors of existing codex entries that bore the “Warhammer 40,000” label.

And now that got me really thinking.  What if GW made all those things part of the “official” game.  What would it mean for pickup games, for tournaments, for ‘Ardboyz, and so on.

Overall, I think Forgeworld has matured as a sub-design shop and most of their missteps are at the larger level Apocalypse beasties (I’m looking at you – all Turbo-laser Reaver).  Anyone can look at the contortions and house rules Adepticon has had to impose in their Gladiator tournament for evidence of that.  But the little stuff is in general pretty good.  If anything, most of it errs on being overcosted, not under.

I say bring it on, I love variety and the occasional minor Forgeworld unit can only make the game deeper and more enjoyable.

On the business side of things, Forgeworld is said to be a small but very profitable subsidiary of Games Workshop,  so they would have every incentive to increase use and sales of those products.

~What’s your take?  Can the core game and codices handle the influx of the little Forgeworld units? If you think there are any particular units that might mess things up, lets hear about them. 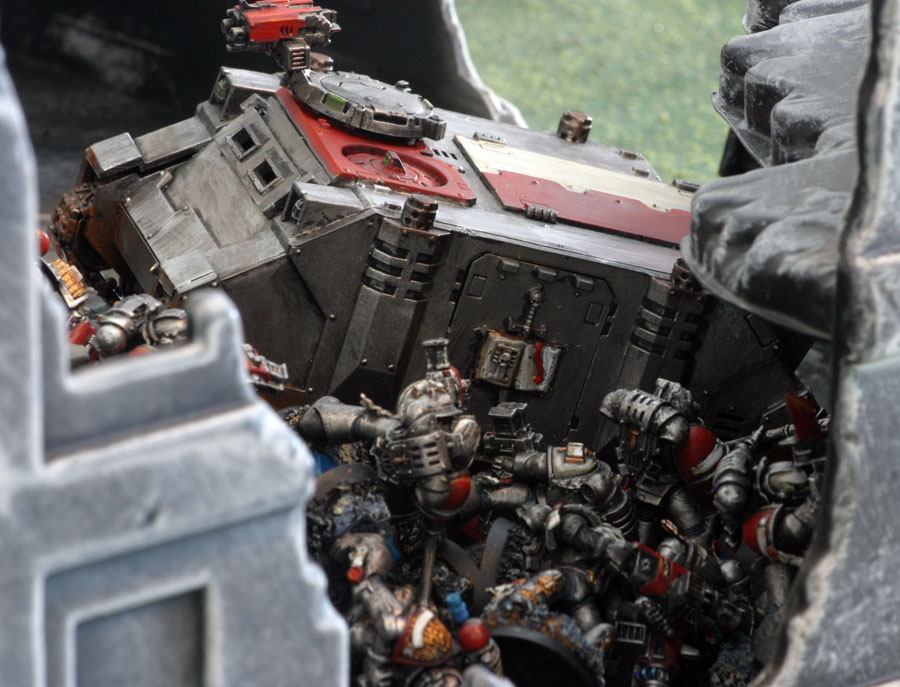