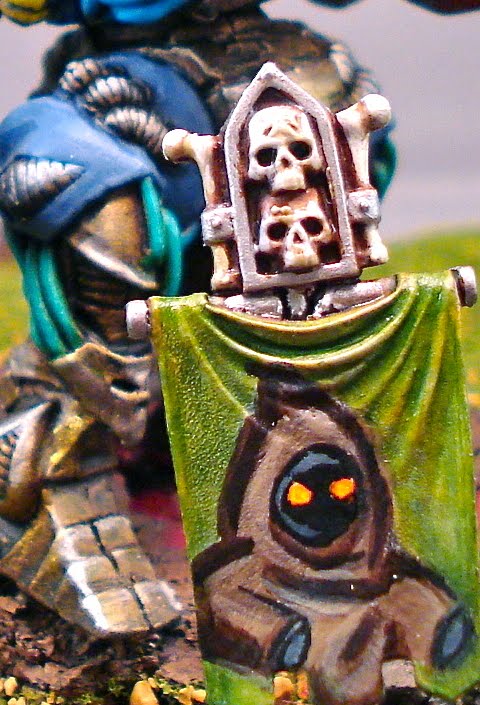 Let’s ask a question someone probably should have asked a long, long time ago:  do you actually play in tournaments?  Here’s another:  what are your expectations?

It’s a Terrible Tuesday, meaning you’re probably reading this article all unnaturally hunched over in front of your computer screen.  At work.  Yes, Bell is responsible for productivity everywhere taking a nosedive, sacrificed for wargaming content to feed the Mob.

Today’s nosedive is another dip of the toe into the pool of topicality that is tournament play.

Let’s see… what’s been covered before?

And on and on.  Here are topics argued over again and again in Blog and Forum, but ask yourself:  just how many minds have been changed?

But not because of all the talkie-talk… which, let’s face it, I’ve participated in time after time myself.  No, it’s because recently my wargaming paradigm has shifted; or rather, it’s more correct to say it’s slowly been shifting over time.

Tournament can be broken down into two categories, the Local Tournament and the Indy Event.  Let’s examine both while asking the question, “Am I Good Enough to Make This Tournament Thing Pay?”

The Local Tournament is just that – the event your FLGS (favorite local game store) puts on to keep all of you focused on what’s right and proper in the world.

Spending more money on your plastic addiction, of course!

Can’t rightly say what this thing looks like in your area, but in North Texas a good event is 15 to 20 people with a ten dollar buy-in.  The prize is usually store credit, but occasionally GW will replace a box or two, allowing the game store owner the opportunity to give away stock.

Let’s apply the question; can you make it pay?  You tell me.  I don’t know what it’s like in your area!

Locally, I’ve won more than my share of these events, and those first place prizes can make you feel rich in metal and plastic…

…until reality kicks in.  I’ve lost far more Local Tournaments than I’ve won – especially during periods where a local shark appeared all but unbeatable.  Some of those periods lasted years, meaning my ($10xN) doesn’t come come close to making up for the tournament winnings.

No, I haven’t made the Local Tournament pay.  Have you? Okay, so maybe you have – I don’t know what your area is like.  Maybe you’re the shark; there are any number of them swimming out there.  So maybe you’ve made it pay, augmenting your collection through tournament pay.

Thing is, you did it on the backs of those who lost.  Right?  Can’t work out any other way – it’s like the lottery; many play so a few can win.

We’ll come back to that in a moment; for now, consider the Indy Event.  This one is the tough big brother to all those small, local things!  Chances are, this monster has a three-digit participant pool playing a number of games over a number of days.  To win, you have to play through four… or seven rounds of consecutively harder play…

…can you even dream of a win this big?  Your entry fee isn’t pocket change, and for the larger events you’re going to stick three numbers, a decimal point, and two digits in your Paypal transfer.  Forget it though, ’cause you’re that good!

The odds don’t matter – because with a larger entry fee and more sponsor support, the tournament prizes are massive!  Can your greedy little mind imagine walking out with all that stuff?!

Or you can think of the gas money and hotel fees, the lunches and dinners, the sodas and beer.  If you stayed at home, that chunk of change gets you pretty close to that stack of boxes you imagined in the last paragraph. Yes, ladies and gentlemen, Unicorns and children of all ages, the Indy Event is an Event – but it is also a tournament and most of those players are going to lose.

You will probably lose.  Doesn’t matter how good you are – especially these days.  So are we back where we started with the Local Tournament?  Are we throwing good money after bad, or climbing over bodies to snatch a prize out of the hands of another?

Let’s ask again the question this article opened with:  “Do you actually play in tournaments?“

Then chances are you’re losing money.

And the other, “What are your expectations?“

Didn’t we answer that?  Ah, but only if your answer to the second question was, “I expect to win.”

That’s called unrealistic expectations – if you walk into a tournament with that attitude, chances are you won’t be that fun to play and you’re destined for disappointment.

What if we reframe the premise?

Answer the question like this:  “I expect to have a good time.“ It works like this, your Local Tournaments are the place to strengthen your game, because the stakes aren’t so high, but your Indy Events are where you travel to witness the spectacle!

You’re paying money for the Disney World of our shared worldview!  Face it, you love this hobby – it’s why you’re taking a few minutes to read this article and its why there are plastic shavings all over the floor near your desk at home and its why you always – always – get that kick when you and a mate are rolling off to see who’s going first.

In my humble opinion, all the smack talk online about what makes a ‘real’ tournament is just window-dressing for an ego, somebody laying out where he or she would succeed and take home all the toys.
Unrealistic.  Expectations! An Indy is a vacation – sell it as such!  Many of them are hosted in top-flight hotels, so don’t be afraid to bring along your family for some R&R; my wife and mother attended the original BolsCon in Austin and spent the weekend poolside.

Much like you’d pick a vacation spot, there are Indy Events to suit every style and budget.  The Nova caters to the competitive set, while Da Boyz offers a balanced-army approach.

But the absolute King remains Adepticon, the Indy Event of the year!  Registration has opened up for an event that won’t be held until April… but there’s a reason, so CLICK HERE and make your plans now.

So, thoughts?  Comments?  Hugs and Gropings?

I’m lucky enough to be attending the Feast of Blades this weekend, an event I was looking forward to but marked off my calendar.  It was especially disappointing since missing the Nova; after my father’s illness, there was no extra money for entertainment.

Now, I’d beggar myself to see my father well after an aneurysm, not to mention being blessed with enough disposable income to attend a few national events each year to begin with!  Still, I’m human enough to admit there was a level of disappointment about Feast…

Duke, the Tournament Organizer (and rightly feared Mod of the BoLS Lounge), touched base with me on it all out of the blue last week.  He could have said, “Sorry to hear that, see you next year,” and I wouldn’t have thought a thing about it.  Instead, he took time out of his day to make calls on my behalf – and found me a spot in a caravan heading north to Denver!  The next day, he called to let me know he found someone I could split a room with…

…and suddenly it was coming together.

(As an aside, Rob Baer – Mr. Spikey Bits himself – is the roommate in question.  I shot him a text telling him I’d only share a room if we could also share the bed, but he responded quickly saying he’d heard I was too hairy!  Well, it wasn’t a dealbreaker, but the ability to tolerate my humor pretty much is.)

The caravan is leaving out of Dallas on Thursday, and I called Sid to touch base with him about a spot. Now, I assured him of the standard stuff – like being respectful and covering my portion of the gas – but let’s face it, these guys don’t know me and surely didn’t need my contribution.

These dudes don’t know me, but they had a spot and they allowed me to fill it.  It was very cool of them, and I genuinely appreciate it – there was simply nothing in the budget for a plane ticket.

But you know, as I sit here typing I’m just not surprised.

You hobbyists are good, decent people.  Meeting like-minded folks is the reason for the season… 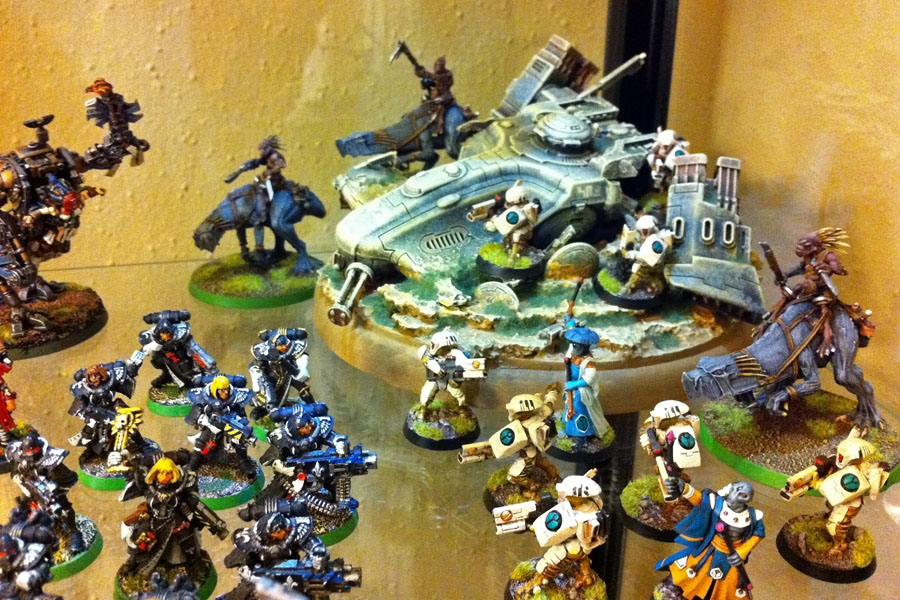