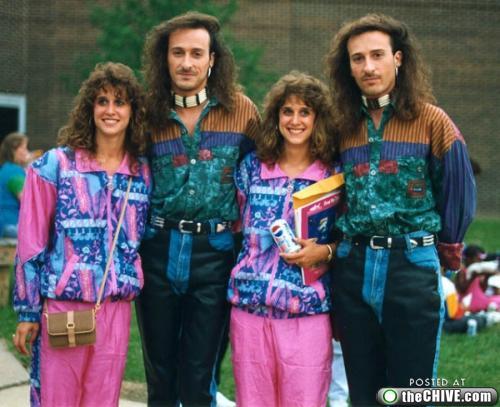 Goatboy here again chatting about 40k in general. Today I want to go over – *gasp* my list of the “better” armies to play for the average warhammer 40k commander.

Again this is looking at a basic player skill level and not someone who knows the ins and outs of their army and everyone else’s like the back of their hand. I will also go ahead and list what I think the army is ranked when in the hands of someone good. I consider myself a kinda above average player. I have a specific game play style that fits certain armies.

I will be listing the first 6 armies in depth that I consider decent in the game right now. There are some that are right on the cusp (Marines, Black Templars, etc) that I won’t go into as well as the bottom batch. Really you know most of the time the bottom batch are the armies that need new codexes. Watch when they get a new book they shoot the top of the list as they bring new rules that attack the main rule book with fits of awesome and the juice of the bad ass fruit. Also – a balanced army will usually always go well enough. And so we begin!

Obviously the new kid on the block, this army keeps showing up time and time again. One of the cheaper armies to build it comes as no surprise why it is number one on the list. A large amount of shooting, decent guns, and decent troops makes this a pretty good choice overall if you are not known as the most brilliant WarHammer Super General. (so everyone except Spacecurves)

Weaknesses – Low model count, range is lacking overall, anti psychic options hurt you too much, you can only paint so much silver

In the hands of a good player – Ranking sits at 4 due to low model count and most decent players are going to play the mission versus just smashing face thus leaving the Grey Knights scrambling to try and catch up on mission objectives. Here is what I consider the best all around book on the lot. You have cheap troops, decent HQ’s and pretty much a ton of options on all levels of the Force Org. Really if you look at it Wolves have it all. They also are very easy to play as you can easily over commit and then utilizing their Counter Charge + Wolf Standard to hurt who ever tries to out punch the Donkey Punchers of the Universe.

Weaknesses – It is still a marine and mass shooting can hurt them, low leadership means the threat of tank shocking is for real, easy to trick into over-reaching.

In the hands of a good player – Ranking still sits at 2. This army still has all the tools to win an event as well as any game they face. Plus the codex options allow you to create all kinds of lists that other armies just can’t do. Here is the old boogie man of the environment. These armies can just shoot you off the table and leave you scratching your head as you go out for a snack after a quick match. These guys are always going to be good due to the fact 40k is dominated by who can roll the most dice.

Strengths – Can out Pew Pew anyone, can out vehicle anyone, have threats in all levels of the Force Org

Weaknesses – Expensive army to build, a lot harder to play, are screwed by the new terrain we are seeing

The Blood Angels are a much more finesse army then the Space Wolves. You got lots of neat rules and interactions within this list. I do wish there were more Force Org changers as I felt there could have been a ton more neat options in the book. Really army wide FNP can be annoying when you are only shooting str 4 bolters at them. Mix in some crazy HQ’s and you got a neat list. Plus they have one of the more BS options in the game – Blood Talons.

Strengths – FNP is good, they can shoot well and almost out box (IE vehicles) IG, good options in most of the Force Org

Weaknesses – Very finesse army as you have to be sure everything is designed to help out each part of the army, Terrain can hurt certain lists a bit much, Troop option can be somewhat weak with needing an IC to boost, also that Mephiston model is a POS

In the hands of a good player – Ranking is a 5. They are hurt by Grey Knights who basically ignore FNP when getting into a rooster fight.

Here is the darling of the new FAQ’s. This army is all designed to be a marine build. Can you roll a 3+? If so then just keep doing that over and over again. They are like the borg – they just keep coming. The army is built upon troops so it can always score and it has such a low Kill Point set up that it usually works out well in attrition games.

Weaknesses – Low model count overall, does not have the reach to control the board, falls into the category of no fun for you or your opponent due to needing to roll 1’s or 2’s for them to lose and that isn’t fun for anyone.

In the hands of a good player – Ranking is a 6 due to a lot of players just playing the mission and force the Death Wing player to get picked apart. Also beyond just throwing Missile out they have very little other shooting – meaning hordes are a problem. Dark Eldar are really a great book. Here we have something that in all circumstances brings about a lot of neat things. You like lots of small vehicles douching around and causing headaches? Here is your book. You want some cool models that are above and beyond any other company out there today? Well there you go – some crazy looking tentacled, bad touch, Ben Mohile monsters! And of course this book is designed by Phil Kelly – the man known for putting the hurt in new rules systems and most likely creating the “monster” books for each edition.

Strengths – Good anti infantry as well as good anti vehicle, can play the MSU game very effectively, good options along all Force Org, amazing miniatures, good at all options of assault to shooting

Weakness – KILLPOINTS!, a bad round of shooting can hurt them, very weak when getting the what for from shooting to assault, spikes can stab your fingers – OUCH!.

In the hands of a good player – Ranking is a 3. These guys can just act like a surgeon as they cut through the fat of your army so easily. You have to think on your feet throughout the entire game and dance on that razor’s edge.

Armies that follow who are all very close. They can jump up and down based on the player skill level.

7. Marines – Decent – just missing some of the toys but still able to hurt things.

9. Tyranids – Certain builds they can put the hurt on – IG, BA – others they just are at a bad disadvantage – Wolves, GK

10. Orks – They are missing some things they need – but still have some evil armies with massed wagons still doing good

11. Eldar – Footdar are decent and can hurt a lot of marine builds – IG is still a pain in the butt.

12. Chaos Daemons – They can hurt a lot of the top builds due to their assault and survive based nature – spoiler army for sure

13. Chaos Space Marines – they are just looking long in the tooth right now – can’t wait for the new book

14. Sisters of Battle – Why oh why – one build really – still bolters can hurt

15. Tau – Sometimes shooting can win – new tables are hurting them with massed middle of the field terrain

16. Necrons – Lord I hope a new book is coming out – really hope they are finally releasing a new book.

Really the list can jump up and down based on the player too. I have seen excellent Daemon players kick the crap out of people with so called “good” lists. I have seen Orks at the top tables who stick to the mission and grind out attrition wars. Every army has a chance as dice can always pick the winner.

How’s my list stack up with what you see out there in Plastic Dudesmenland?