You’ve all heard me talking about Imperial Armor Apocalypse (2nd Edition).  I hate to tell you, but I think they just fixed the game!

First of all, if you haven’t, go back and read that post I put up a couple of weeks back.  go ahead, we’ll wait.  Back?   OK, lets begin:

My basic premises today are:
1: Forgeworld’s latest book is balanced in regard to the Warhammer 40000 designated units
2: The new units balance out the meta by adding missing tactical options to the older armies, while simply adding well costed variety (in lieu of new tactical options) to the top codices
3: The book is designed for 6th edition and offers hints in its direction
4: The book grows the game, giving us all new toys and should be considered “official” by the playerbase and TOs.

Following up from last time, lets delve a bit deeper into the book.  First off, lets look as what the book provides for the various armies in the game at a broad level (the new units are listed below):

The Meta
Grey Knights get nothing out of the book,  Space Wolves and Blood Angels get fluffy but pricy Contemptor variants that are no better then existing dread options from their codex.  Imperial Guard get Tauros squadrons, neat but not exactly game changing.  Necrons get the pricy but nice giant cockroach, while the Dark Eldar get a couple of interesting non transport vehicles (one pricy, one budget).

Now to the armies that do get new exciting options.  First the Caestus Assault Ram gives a pricy alternative to the Storm Raven to the Marine armies who can’t access them right now.  Space Marines and the Dark Angels gain a flexible and much improved dreadnought platform in the Contemptor, and the much feared and high priced Land Raider Achilles.  The Orks gain a swath of new tanks from the tiny yet irritating Grot Tanks to the Lifta Wagon, giving them a viable way to deal with AV 14 at out to 48″.  Eldar gain some new vehicles including closed top variants of the Vyper. The suberb Warp Hunter gives them a vehicle based template weapon to deal with all the folks camped out in cover in the game right now. Nids gain a monstrous version of the Venomthrope, and giant spores to contaminate large areas of the board. Tau gain more high mobility light vehicles, and a Crisis Suit that can at least have a chance at surviving assaults long enough for nearby units to redeploy.  By far Chaos Marines are the biggest winners gaining Contemptor dreads that don’t shoot them in the back, a drop pod equivalent in the Dreadclaw, and their very own  high mobility fighter in the Hellblade.

The “Broken Units”
Here is a sampling of the most broken units in the book that have folks up in arms. But are they really broken at all?

Land Raider Achilles – A Land Raider that ignores Lance and Melta special rules and suffers a -1 on all damage table rolls IS impressive.  No Assault Ramps, a transport capacity of 6 (or 3 termys) and 325 points balances that out a bit.  Did I mention the Blood Angels and Grey Knights can’t get it.

Lucius Dreadnought Droppod – A droppod that allows dreads to assault the turn they arrive is also a scary prospect.  Its 65 points, unarmed, not available to the Blood Angels or Grey Knights, and uses up a Fast Attack FOC slot per pod.  Suddenly, its not quite to fancy…

Conclusion
Did I mention that multiple units in this one month old book make reference to “Target Priority checks”?  That’s odd, those aren’t in the Apocolypse rules – hmm…  Basically what I think we are seeing here is a “backdoor” rebalance of the game done by Forgeworld.  I consider this book to be just as important as the latest FAQ that rescued the Black Templars and Dark Angels from the trashheap.  It gives us all more toys to play with, and as a first, Forgeworld seems to have gone the extra mile to keep the Warhammer 40000 marked units from being easily abusable.  I don’t know about you, but I got into this game in the first place to play with cool toys.  This book gives almost everyone something new to make the game bigger and fresh at once, almost like Privateer Press’ campaign books. I say pick it up, and go for it.  I will certainly be welcoming anyone at any time, pickup games to tourneys who wants to bring these units to the tabletop.  Care to join me?

~So, care to try out a few pickup games in your FLGS with those units and let us know if the game feels better?Any TOs willing to be the first event out of the gate to allow these? Have fun. 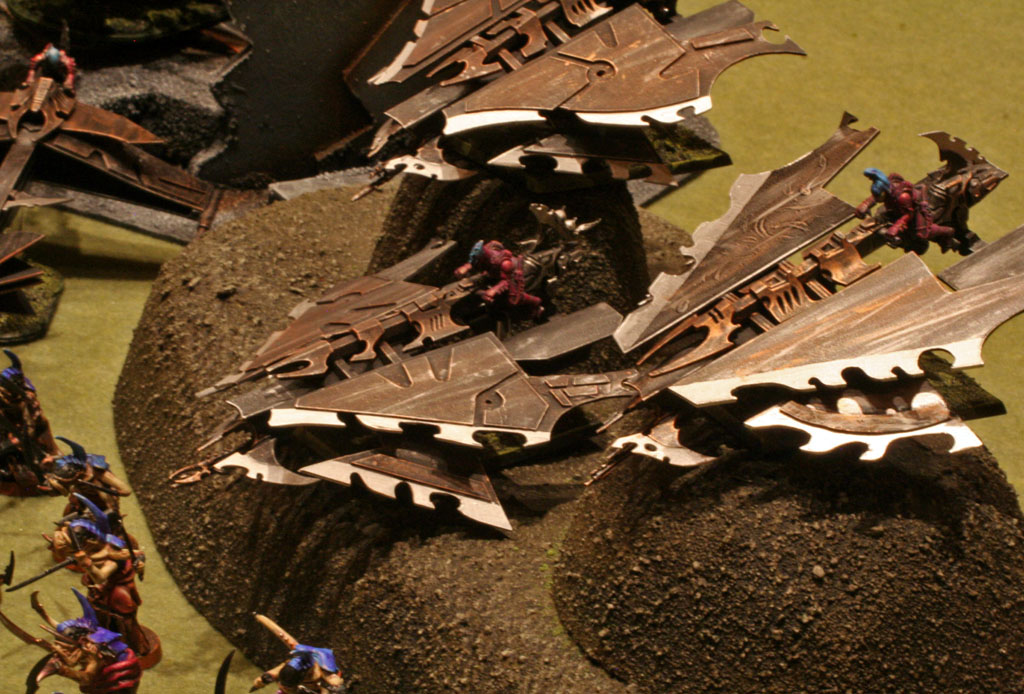