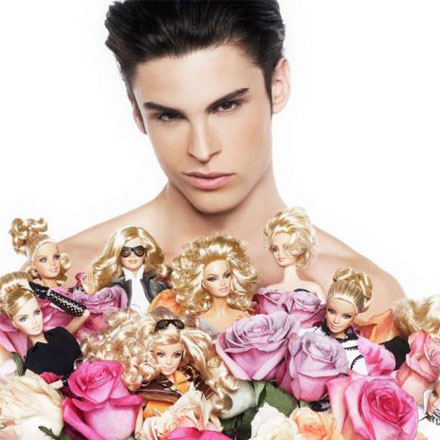 I know it has been a while since I posted anything, but your (least) favorite BoLS writer is back… with a MAN BARBIE!

This week I’m showcasing what my wife jokingly (lovingly) calls my “Man-Barbie.”  Now most people would be embarrassed with a woman laughing at them while making comment of barbies… Not me! Naw, I was proud of my super-sized-Ken and his weapons of ultimate destruction!  Suck it, dreamhouse.

A while back I got this idea, a wonderful, crazy idea.  This idea consisted of me buying a Phantom Titan and using it as the centerpiece for the Feast of Blades Narrative campaign.  Well, after much begging and pleading with my wife I was given the reluctant green light.

When I first ordered this bad boy I was so excited that I didn’t even want to tell my wargaming buddies. If you know me then you understand how hard that was to pull off not talking about it. Mostly I didn’t want to say anything because I wanted to have it in my hands before talking about having a Phantom Titan.

Eventually it came in the mail and the box was beat to hell, luckily the Forgeworld people put it in enough bubble wrap to keep my little baby (and a nuclear warhead) safe. I then took out the pieces and laid them on the floor and placed a dread at the feet for scale. This thing is freaking huge! I have put together my share of titans and superheavies and one thing I can say for sure (especially on Eldar titans) is: LEARN HOW TO PIN! In the pic above you can see a pin from the knee to the upper thigh. Almost every single joint on this titan was pinned. No sense in spending this much for a model only to have it fall apart when you sneeze. While I’m speaking of pinning let me remind you all that you really must wear something to protect your nose and mouth. On big projects like this there will be resin dust everywhere! If you get it into your throat it hurts for days and you can’t swallow without a ton of pain…Or at least that is what I “heard.“ In the crotch assembly there is a very long pin holding the two sections together. This is one of the most vital pinning locations as it holds up the two major sections. Also for transportation you want to be able to have your titan break in half, so this pin needs to be long enough that you can see what you are doing while pinning it before a game. If it is too short you will be guessing for 10 minutes before you find the hole (wow, that paragraph was full of double entendre). Here are the legs and crotch assembled and almost ready to go, at this stage I still didn’t have it on a base, and it was leaning back so that it looked like it was taking a mid air poop… Not good, so I had to go in and fix that. As a tip, it is better to have your legs a little forward than a little backwards. I had to drill a hole completely through the crotch assembly and send a pin through both hip joints to connect the legs together. This worked out pretty well and is holding with remarkable strength.

I could go on and on about the assembly, but you want to see the finished product, so here you go.

All in all I had a great time building this thing, though I didn’t paint it myself (My friend Derek painted it for me cause Feast was taking up all my time, and he is an excellent painter.) I most likely won’y be buying another big guy anytime soon unless Forgeworld releases a Warlord titan (Oh goodness please don’t do that for a while, my wallet hurts).

Just as a point of interest this died 6 times during the Feast of Blades Narrative by an Ork stompa, Ork skullhammer and a lucky Warboss with a penchant for chin punches.

– So what are your thoughts and comments? Did you like seeing this thing from box to finish? Should I go try to convince my wife to let me buy that new Sword for this thing?