Another week, and yet more Tau goodness is making the rounds.  Here’s the latest:

Demiurg are apparently a lot less Dwarfish than the initial concepts, instead being more like little stone golems (Ozruk from WoW was mentioned)

As a tongue in cheek nod to the fate of the squats, there is a named Demiurg (who may or may not make it as a SC) who survived fighting Tyranids and personally killed a large monster by drilling his way out after being “Swallowed up by the ‘Nids”
This Demiurg is aware that the Ethereals have some kind of power over the Tau (maybe other races too) but not the Demiurg, who have presumably signed up for political reasons and of their own free will

4 new ‘Tau’ units*: Note these will not all probably be in the first release – there’s 2-3 plastic kits here and we already know 3 for the 4 that are coming out.
-Dropship (carries upto 15 models or 2 battlesuits and 10 models, or 5 battlesuits)
-Fighter
-Snipersuits
-“Ubersuit”

The Ubersuit is a Battletech/Mechwarrior sort of thing (probably Dreadknight sized), with a special ‘ridiculous’ ability that lets it rain down shooting if it stands still.
Looks a bit like one of the Battletech Mechs that is named after an ancient weapon

~The complete Tau Rumor Roundup (and ubersuit speculation) is here.   Have at it. 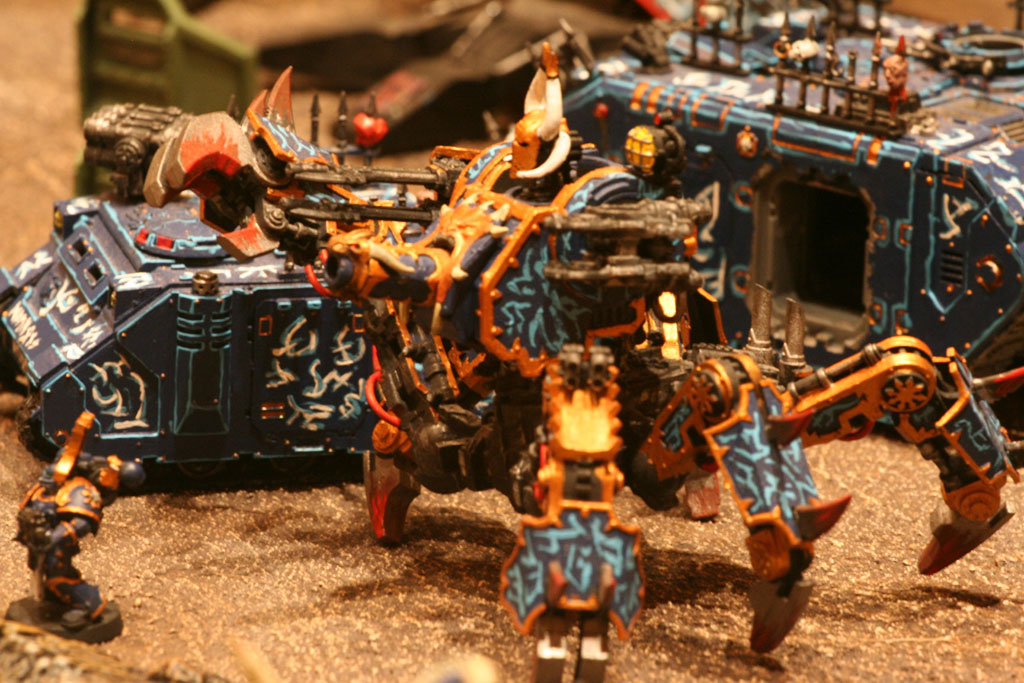