FOW Review: Hellfire and Back 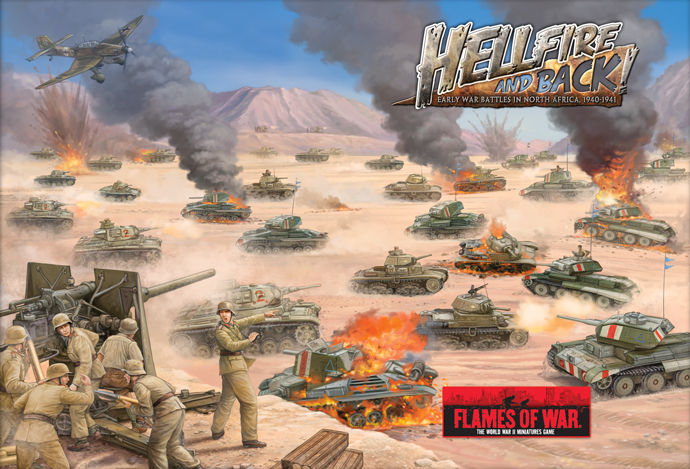 Hello BoLS readers. It’s Psyberwolfe with another Flames of War product review. Today we’ll be looking at the second Early War supplement. “Hellfire and Back” focuses on the actions in North Africa during the Years of 1940-1941. Let’s see what this book has.

As I’ve said on many occasions I really love that all of their books are full color books. Each page has been thoughtfully laid out. The history sections have some nice maps with numbered way points that have correlating numbered descriptions in the text. The book also contains the Early War motorcycle rules, desert terrain effect rules, fortifications rules, and some new missions. The hobby section is well done with instructions on how to make your own dust clouds, and full color charts for the three major nations covered in this book. First up in the book are the Italians. At first glance they seem like a lousy force, but after facing them they are a little tougher than they appear. A friend of mine really wanted to play them against me but I don’t have my Early War force together yet. He decided that I play with my Mid War Americans. I won but it was a 4-3 victory. I think the Italians will do well and will probably excel in the hands of an experienced general.
Next up is the Germans. What can I say about this iteration of the German army that hasn’t been said about the Germans before? If you’re planning on building a Deutsches Afrikakorps then this will work for you. The lists in this book also work well with the German lists found in “North Africa.” Specifically I’ve always wanted to do the DAK armored company for Mid War. The options in this book are such that the builds between “Hellfire and Back” and “North Africa” are pretty close and differ by only a few units. The British are the British. The company of note is the Armored Regiment. Granted my first printing of the rules has the wrong point values, which have been adjusted in an errata sticker sheet. It still is pretty nice considering what the unit can take. I think the British units in this book are pretty decent, but not much of it is something new or surprising.
Overall I think this book is a must have for the Flames of War player. It works well for planning forces over two Eras of play, and it includes some new rules which definitely add flavor to this theater of operations. The missions look interesting, and I’ve gotten tons of ideas for terrain from the pages of beautiful pictures.
So what do you think? Have you faced any of the forces from this book? Tell us what happened. 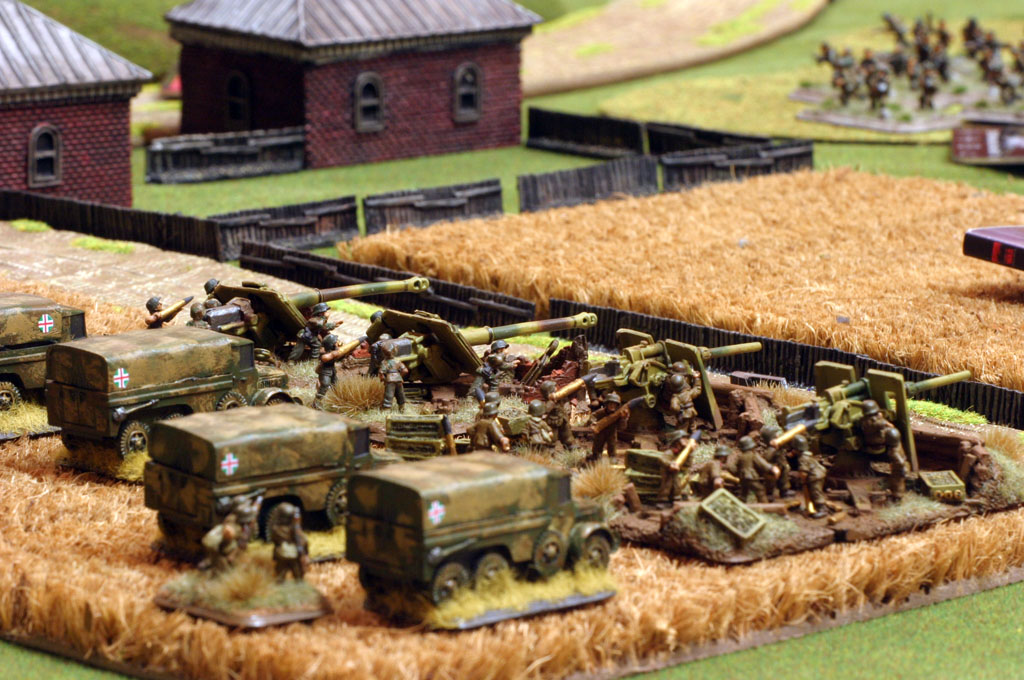