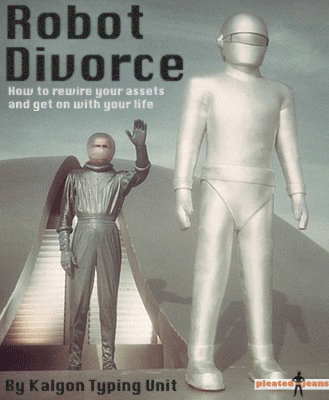 Goatboy here again, trying to adjust to getting back to my normal flat lands environment after trying to survive the higher altitudes of Denver. I was lucky enough to get a hold of the Necron codex and have been pouring over it during my off times.

I like it so far but it will really take a few months before I feel I can “figure” out all the good bits and pieces within the book.

This leads into something that annoys me with this release. I think as a model release this was a weak batch. You have multiple new and interesting models represented in the book but we don’t get any of them in the first wave release. Yes the new Immortals, Bigger Necrons, and flying Skeleton ships are neat but where is my Spider thingie? What about the coolest model – the Night Scythe? Where is the tent pole model release? So with that out of the way – let’s look at what is neat. I think the Special Characters are a pretty good batch of options. In fact I think we have a few that are almost mandatory options for most books. The other interesting thing is that these Special Characters are not limiting your HQ build outs. A lot of them can take Courts, Catacombs, and other options that make the choice almost a no brainer. Is that good? I don’t know as I am always for player getting to craft their own HQs (yay Space Wolves) but at least not limiting your build options is a neat way to ensure armies can become varied in the non HQ levels. It is odd that there is no force org changing HQ. We kept hearing how there was some kind of Flayed one special character that activated them as troops. Beyond the $45 dollar boxed set, the option to have a large group of blood crazed robots was a neat idea. Maybe will see it later on in some kind of White Dwarf update.

So far the only “must have” characters I can see is the bro combo of Nemesor and Obyron. You get a decent combat character mixed with a force multiplier leader all for the price of one HQ slot. His ability to take away character options as well as give some neat things to a unit is one of the cooler things from the codex. I also think the Traveler might be neat with his ability to take over models. I can see grabbing one of the meaner vehicles in the game and causing some mayhem.

The Doom Scythe looks neat and I can see you only getting hit with it once and then killing it every time it comes on the table. I will still play one just because the idea of shooting a super death beam is really interesting to me. Creating that tension for your opponent sounds like an opportunity to win the game without rolling dice so I look forward to having a chance to play with the model. I can also see those games where you just hit a blob squad and watch 30+ guys get fried with a strength 10 death beam.

The Monolith got a kick in the junk. It is still a great wall but without its ability to dodge the second d6 from most anti vehicle weapons means this hunk of hollow plastic will eat it pretty fast. Who would have thought psychic ammo would take down a flying pyramid of doom. Heck a lot of the old models continue the tradition of become crappy in the newer book to make way for the new shiny ones.

Destroyers also got kicked in their jet engines. Losing the Jetbike rule really hurts them as they become extremely expensive 1 wound targets. In fact that is the biggest thing I feel hurts the book as a lot of options are expensive 1 wound choices. They at least fixed the toughness thing by giving them 5’s for most special options but with only 1 wound they lose a lot of staying power when you get into assault with them.

The Scarabs seem like a good idea for a lot of massed MSU armies but I don’t play that way most of the time and feel I will just end up blowing up all the stands with massed Str 6+ shooting and the fact they have to get into assault to do their business and I am always prepared to donkey punch those flying beetle robots to death. I will end up taking one large squad as a “cloud” of annoyance in front of my robotic dudesmen but I don’t know how much they will affect the game.

Some of the rules seem off so we’ll see if they become better when 6th comes out. The deep strike in response to your opponents reserve roll seems off as you are obviously just giving your opponent an instant target to shoot at. I don’t know if this means responsive shooting in 6th as I think it would just add to the time limit on a game and rumors point to a similar game length experience as 5th. We’ll just have to wait and see next year.

All in all I rate this codex up there with Dark Eldar. It seems fun and balanced enough to not cause constant Mat Ward or flavor of the month complaining fests. I do think it is a shame that there weren’t more models released as I feel it will be a few months before we get a chance to really see an interesting army coming out from this book.