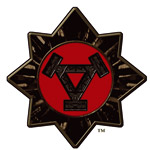 Hey, y’all, Voices here again with another Profiles in Badassery article, illuminating the most awesomely awesome of the awesome of HORDES and WARMACHINE. This time, we’re moving up to the snow-covered land of Russi–I mean, Khador–to take a look at one of the oldest warcasters to serve the Motherland, the man-in-a-machine himself, Karchev the Terrible. The depths of will can make any man strong; in the greatest of men, will can keep them alive through the most grievous of injuries and years of shamed invalidity. Alexander Karchev–called “the Terrible” by his enemies–possesses willpower in spades as the second-oldest warcaster serving Khador and the man who survived being crippled and having a replacement body crafted for him from the chassis of a warjack.

Alexander Karchev during the Thornwood War of 511 was already an aging–if still strong–man, a ranking member of the Greylords Covenant and mighty warcaster serving the Motherland. Wounded during an ambush, he nevertheless came face to face with and dueled the enemy warcaster–his at-the-time Cygnaran counterpart, Drake Cathmore–and slew him. Crippled and reduced to quadriplegism during the duel, he refused to accept death and hung on to a thread of life until he could be spirited away by friendly troops to a field hospital. Recovering from his injuries–though the loss of his limbs would seem to render him useless for life–Karchev demanded a special dispensation from the High Kommand. When it was granted, he demanded of the country’s warjack foundry one of the recent Juggernaut chasses, modified to his specifications as a new, replacement body for continuing his service to the state. It took them years to alter the unfinished warjack to accommodate the demanding Greylord. Since then, Karchev has been at the forefront of Khador’s military actions. He was present for the Llael campaign, and later was so omnipresent during the Thornwood campaign that Cygnaran troops nicknamed one of Khador’s frontier forts “Karchev’s Summer Home.” Karchev was even able to slay the descendant of the man who crippled him, General Hagan Cathmore, during the Fall of Northguard in 607.

Most recently, Karchev has been present in the invasion of Point Bourne that divided the city; and in fact displayed yet again the awesome power he possesses: when cornered by Deneghra on a parapet, Karchev was pulled from his armor by the Wraith Witch. Arrogantly assuming the limbless torso and head to be made useless, the woman prepared to take his soul; but Karchev scoffed at the idea and displayed his might by blasting the Wraith Witch with a blast of arcane power. Ultimately, however, Karchev’s efforts to protect himself came to naught, as he was still taken captive by Cryxian forces. Before his capture, Karchev was among Khador’s most respected and powerful of warcasters, a treasure of the High Kommand and the Motherland, a man who understood the depths of ability possessed by warjacks and enjoyed a unique rapport with them. None knows what changes will be wrought in the ancient soldier by his newly-found confinement, but almost certainly he will emerge from it stronger and more dangerous than ever.

Well, folks, that’s Karchev for you. Man, magic, machine. What are your opinions on the man? Field’s open, folks, go to it!  who is your favorite warcaster/warlock based on their background fluff? 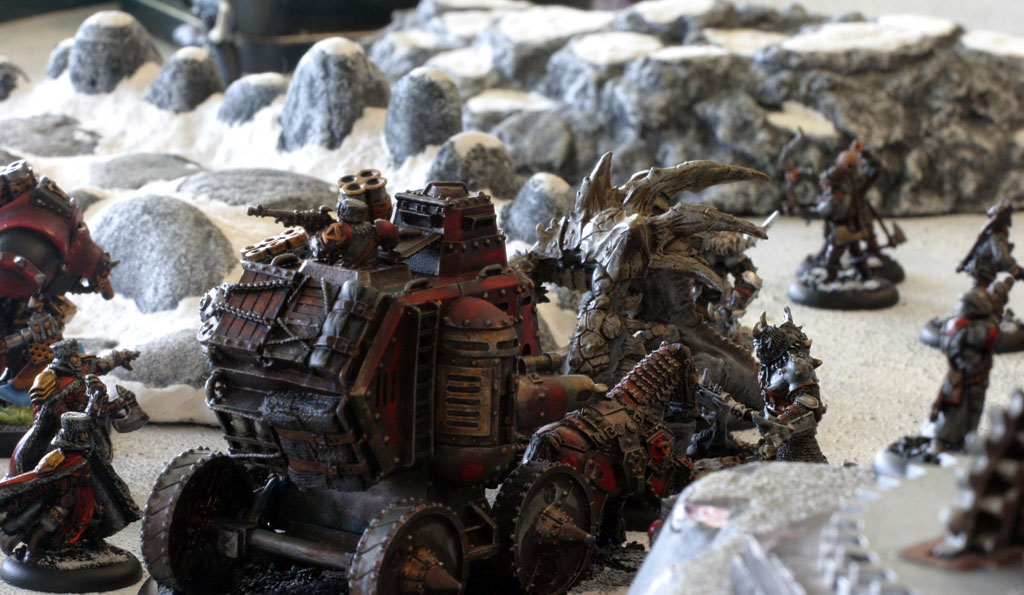