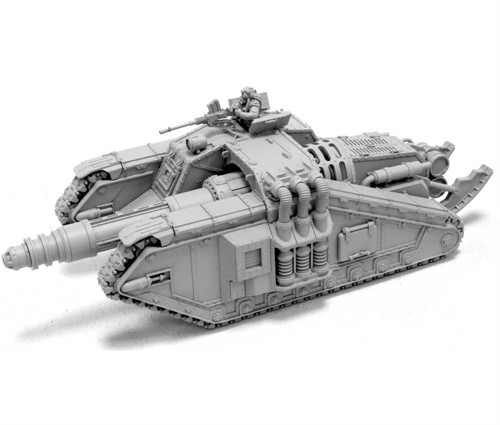 It’s been out for a while now but is still one of my favorite kits from Forge World, the Valdor Tank Hunter.
I picked this model up when it first came out.  The rules were not that good but the model was just too good to pass up.  It went together great, especially for a FW kit which are known to have issues from time to time.  I quickly assembled it and got started painting it for a DakkaDakka tank paint contest. I chose a dirty tan/yellow color because that’s the scheme for my entire Chaos Renegade army.  I have approximately 26 tanks in this scheme of which 4-5 are super heavies. I added sufficient chaos markings, battle damage and weathering to make it fit with the renegade force.  This is by far one of my favorite kits I’ve painted.  I tried several new things on this tank, some of which I liked and some of which didn’t seem to really work for me but all in all I think it came out pretty good. We were allowed a single pic for the contest so I created this collage to give a good overall idea of the level of effort that I put into it and to show as much detail as possible.

If you want to get yourself a really nice tank kit I would recommend this one.

Questions, Comments?  What do you think?  If you have a beauty you are dying to show off, drop a few pics of and a description of your masterpiece to [email protected] and we’ll take a look!
Advertisement

Forgeworld: 40K Goodies and a Mystery 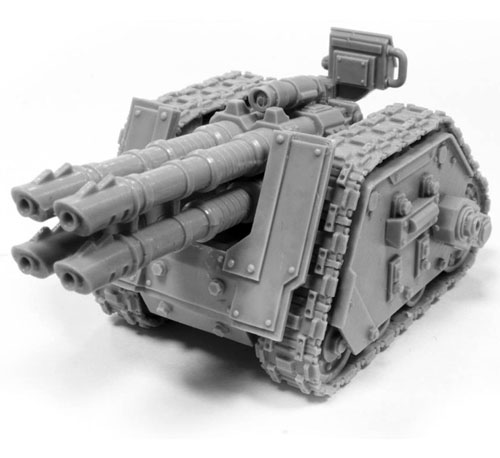