Black Blow Fly here again to take another look at two of the new melee units featured in the new Necron codex.

So let’s talk about Lychguard and Canoptek Wraiths now that all the hype has finally started to die. My thoughts are currently you want two dedicated melee units at 2000 points. It might seem like a waste of points – the new Necrons have been billed as the ultimate midrange shooting army and you’re giving up a good chunk of points to take not one but two dedicated melee units, thus reducing your overall shooting each turn. Is it really worth it? I have always designed all my armies to have a melee component even if it’s very shooty. Solid melee units can prevent the opponent from quickly rolling through one of your flanks – that could be important for an army that people are saying folds up once the assaults begin. Lychguard are slow but can hit hard like a ton of bricks while Wraiths are mobile and can also hit hard as well. I plan on fielding both the Ghostwalk Mantle (Obyron) and a Veil of Darkness (Cryptek) in my portal army. This provides the ability to quickly reposition two units (Immortals) and keep them out of harm’s way. That combined with two dedicated melee units should go a long way towards stymying an aggressive enemy assault.

Lychguard
Lychguard, when armed with Hyperphase Swords and Disruption Shields, are in many ways the Necron equivalent of assault terminators. While they will do just fine versus a squad of tactical Marines their true measure is determined by how well they will fare against other dedicated melee units and they should fare alright versus say a squad of Grey Hunters or Blood Angels assault Marines. I see them more as a deterrent rather than an assault unit that can take down say a squad of Khorne Berzerkers. Use them as a screen to deny the enemy a straight unimpeded lane of assault into the heart of your army. If they can tie up an enemy unit for a turn or two and dish out some wounds before they are destroyed it provides valuable time to reposition the rest of your army and they lay waste to them with your prodigious levels of shooting.

A unit of eight Lychguard is fairly costed and can both absorb some damage then dish it right back as well. I wish you could take a mix of weapons as a couple of Warscythes could go a long way and make the Lychguard more versatile. For whatever reason (overly balanced ?) Mat Ward was much more conservative when he designed this unit when compared to the Canoptek Wraiths. Lychguard do have the Reanimation Protocol though which is a big plus for them as compared to Wraiths. The choice though between the two weapons for Lychguard (i.e., Warscythe versus Hyperphase Swords and Disruption Shields) is simple to me. The Disruption Shield will make them last awhile longer in melee plus if they get right up into the enemy’s grill your opponent is going to have think hard before shooting them with any weapon that ignores their 3+ armor save such as meltaguns.

If you attach Obyron to a squad of Lychguard that opens a lot more possibilities – Obyron can teleport with his Ghostwalk Mantle and has the option to leave an assault unlike a Necron Lord with a Veil of Time… Plus Obyron is a beast in melee. Teleport in beside the Nemesor one turn (i.e., no scatter if within 6″ of the boss) then launch an assault the next turn, do your business, then teleport back out again – opponents are going to hate that – especially if the 6th rumor comes to pass that each turn sequence of phases will be changed to move|assault|shoot.

Lychguard are a counter assault unit to shield your other units. As such they are defenders, not aggressors. Lychguard should provide a tough speed bump to prevent the enemy from assaulting your more fragile units that can’t take a hard charge. You can also use them more aggressively if you attach Obyron… So there at least a couple of options.

Canoptek Wraiths
I feel that Canoptek Wraiths are the best dedicated melee unit in the new codex – you can field twice as many per unit, they have two wounds apiece, can rend, can be semi complex, have access to wargear that reduce enemy models in base to base contact to I1 (i.e., Whip Coils) and access to S6 R6″ pistols (i.e., particle casters). Mat Ward was very good to this unit and they now have more star power than before. The only two things they lost are the lack of the Reanimation Protocol and no longer move like jetbikes. Wraiths are now jump infantry (so a bit slower but still quite mobile) and can still ignore terrain. Overall they got more than they lost for roughly the same points and that’s pretty awesome. Wraiths are an aggressive unit that can act as a vanguard for your army reaping havoc in the enemy line early in the game and provide disruption causing your opponent to react.

Conclusions
I’ve proposed the use of two dedicated melee units – Lychguard and Canoptek Wraiths. If came down to one over another I’d take a full squad of Wraiths with some Whip Coils and particle casters. These units act as a shield blocking enemy assaults or can move forward taking the fight to the enemy.

So have you had a chance to playtest either unit? I am converting some Praetorians into Wraiths… can’t wait to get them on the table !!  xD

Author: Steve Turner
Steve turner is a competitive Warhammer 40k player and avid hobbyist. He has been actively playing for over 20 years. He began writing for BoLS in 2013.
Advertisement
Editorials Necrons Tactics Warhammer 40k
Advertisement 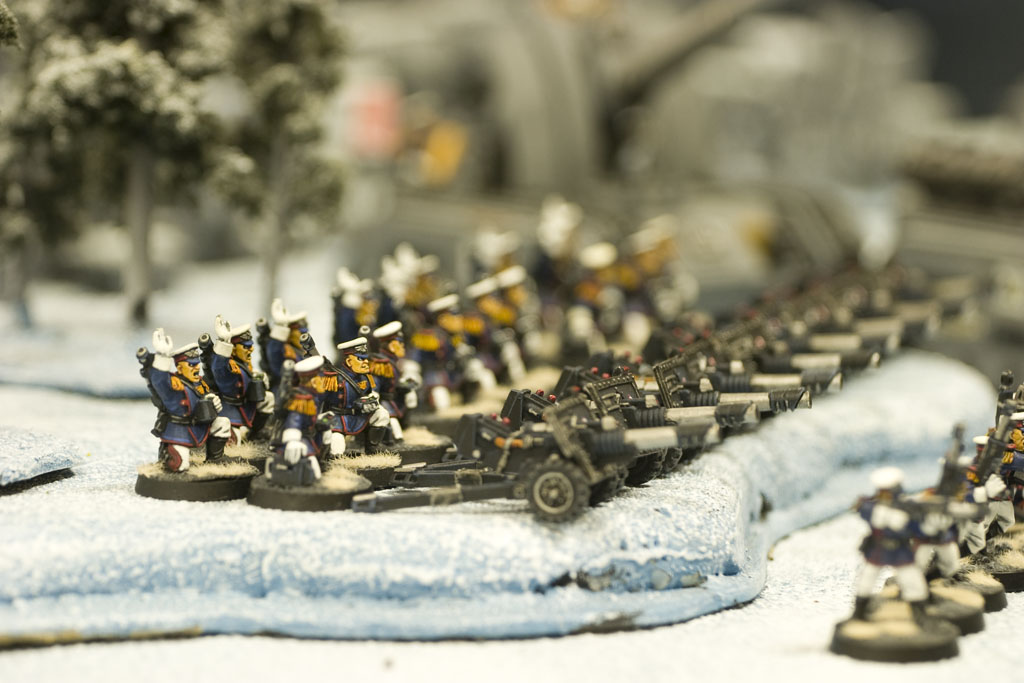