Those good ole Tau rumors just keep on coming.  More details following up on the “Uber-suit” as well.

The Tau codex belongs to Cruddace, lets get that fact straight. That is all I am going to say on that issue.

Black Templars on the other hand was always going to be Phil Kelly’s pet project. The only way Ward or Cruddace would ever get the Black Templars codex off him would be to prise the rough drafts out from his cold…dead…hands.
Unless of course they offered him the Dwarf Army Book……………(whistles innocently).

Some of these rumours [WF- In regards to rumor sumary posted up on BOLS – most of which were taken from Warseer] are spot on others not so spot on. 4 generic HQs are the Tau Commander, Tau Ethereal, Kroot Master Shaper and Demiurg Ancient. Blisters are, as far as I am aware, a new Tau Ethereal, Demiurg Ancient and 2 special character blisters.

I’ve also heard that the Skyray will be getting a better choice of missiles in addition to the Seeker missile which is believed to be S6 AP4 Blast, however you have to choose the missile type at the beginning of the game so you cannot mix and match. Despite the payload ts main role will still be target marking.

The Demiurg Special character is apparently the one called Iceheart.

The Battletech Mech in question is the Warhammer IIC mech (no joke about the name.) one of the unseen mechs in the battletech universe. The suit itself is quite big, not quite dreadknight sized but it can “brace”…..yes Matt Ward does play Spacemarine. The trouble is that it will be competing against Broadsides, Skyrays and Hammerheads, all of which have improved, a lot.

Regarding the “HQ unlocks troops” rumour – Well from what I can understand from the mechanic is this. A particular troop type is associated with a particular HQ but in doing so confers a special ability on those troop types.

I can understand the thought process behind the mechanic from what I know of the basic fluff regarding the Tau.

However I would have thought that Firewarriors would have always remained as basic troops and an Ethereal would have unlocked Honour Guard but it seems from the snippets of info I’ve been able to peice together that an Ethereal confers Preferred Enemy (Everything) and BS4 on those Firewarrior squads he leads making Honour Guard redundant.

All that I can say is known about the Demiurg is that they are the Tau’s main anti-MEQ unit. How effective they are I cannot say.

Actually you might be surprised. My sources and the several other rumour mongers have started indicating that Templars might actually be next followed by Tau, this is normally a sign for me that what I am hearing is correct but with recent developments such things are by no means certain.

I have however recently discovered that the Tau are in the proofreading stage of development which means that the codex is written but it has not yet quite gone to the printers. Now this means that all GW have to do is give the nod and the codex can be printed in numbers pretty quickly. All they then have to do is ramp up the advertisement, distribution and product support and we have them ready to go for our very much enjoyment.

~Two things. 1) I called it on the Warhammer battletech reference – how could the Design Studio resist the name.  2) Its looks like its either Templars-Tau-6th, or Tau-Templars-6th.  Have at it folks. 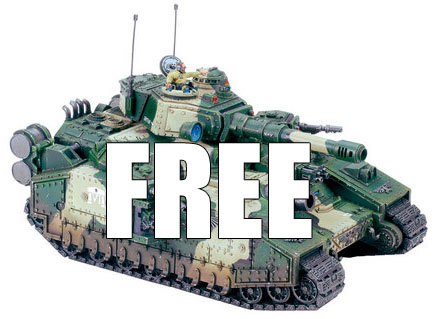