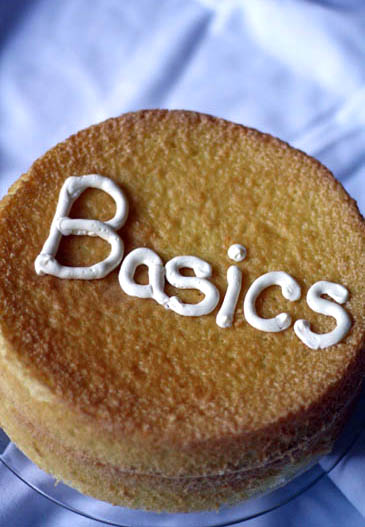 In this article we discuss winning with the new Necrons starting with their troop choices. Lets dive in
As always, you can check our blog at www.FrontlineGaming.org for access to the practice games and data we used to write these articles.
The first question you should ask yourself when building a list, with any book, is fundamental: how will this list win games? As I explained in a previous article, List Building 101, you must be able to answer said question when building a list or you will find it ends up being unfocussed and weak. As troops are fundamental to winning 66.66% of missions, and still important in the other 33.33% of the missions, this is where we will begin.
Necron troops at first appear rather luck-luster. Warriors changed ( a stats nerf but massive point drop, which from a points efficiency perspective, means they got significantly better) as did Immortals. Immortals at first glance may look like the better choice as they have quite a bit more offensive capability and better defense, but in our test games we have found them to really pale in comparison to Warriors for our style of play.
The reason why we prefer warriors is multi-faceted. For one, Necrons rely on their Troops to fill quite a few gaps in the overall book. Gauss weapons allow Crons to suppress or destroy any vehicle in the game, which when used properly, is incredibly powerful. Going from Strength 4 to 5 is of limited utility considering you need 6’s to glance nearly any vehicle. The Gauss Blaster is much better against infantry, as is the Tesla Carbine, but the Cron book has a plethora of anti-infantry choices and therefore this isn’t a gap that needs filling in most lists. Also, the increase in strength and AP in the case of the Guass Blaster can be overcome with volume of Warriors, which we will get to in a bit. The Second reason why we prefer Warriors to Immortals is durability. At first, Immortals appear to be the more durable choice with a 3+ save. If you are using Troops in an unsupported role, this is very true. However, if you have your infantry units running around unsupported, then you will easily be picked apart and destroyed. Warriors benefit from the support units in the Necron book to a greater degree than Immortals.

Ghost Arks combined with Resurection Orbs in a large unit of Warriors (we prefer 20) make a unit that is incredibly hard to kill. With a 4+ cover in most cases (3+ with Zandrekh’s giving them stealth), a 4+ reanimation protocols (and with a large unit, they are less likely to take a break check or get wiped out before taking the test), and D3 Warriors rejoining the unit at the beginning of each turn from the Ghost Ark, we have found these units to be almost invulnerable to shooting destruction outside of the opponent committing massive resources to them. If they are doing this in a properly constructed Necron list, you will be at the advantage because your primary damage dealing units will be unmolested. Why Ghost Arks don’t benefit Immortals, I can’t say, but it is unfortunate as it would make those units far more appealing.

What this means is that a supported Brick of Warriors is more resilient, puts out more shots at range against Infantry and Vehicles and is much, much harder to destroy. Also, a great tip that has saved our bacon many times in test games; if your unit of Warriors is falling back, block it’s path of retreat with other units (units falling back do so when they are activated to move, not at the beginning of the turn as many think) and keep the Ghost Ark nearby adding Warriors until they are back up to 50%, at which point they can rally.
The final piece to the scoring puzzle as we are looking at it here, is to add a support character or two to the unit.
A combat character is a great addition to the Brick to shore up their weakness to assault. A lord (or Overlord) with Warscythe, Orb and Mind Shackle Scarabs (and phase shifter in the case of the Overlord) is incredibly useful for making a Warrior unit resilient in combat. Careful model positioning is key to maximizing this amazing unit’s effectiveness. The rule for the Mind Shackle Scarabs state that a random model in base contact with their bearer takes the test to attack his own unit. This means that if you position your Lord correctly, you dictate which model this will be. Do not place him in the front row as a canny opponent will stick a minimally important model on him. If you place him in the second row you can choose where to place him after compulsory moves to maximize the odds of taking a key combat character out of play and turning him on his own unit. This is especially good against solo beat-stick models like Monstrous Creatures, and Independent Characters. We have had this character cause Mephiston to kill himself, along with a slew of Daemon Princes and equivalent units, as well as making otherwise unwinnable combats winnable when combined with the weight of attacks 20 warriors can add to a combat.
Phaeron either on an Overlord or the Stromlord, is mandatory for this unit. Relentless makes this unit exponentially better. It allows you to move and shoot out to 24” which keeps you at a healthy distance from enemy units, and it allows you to stay mobile, which as a scoring unit, it needs to be. It also allows you to double-tap into your target unit, and then assault if needs be. Which, when done with proper support, is not such a crazy idea as it may sound.
A Cryptek is also a great choice for this style of play. We have found that the best combination for our style of play is the Harbinger of Transmogrification. The Tremor Stave is exceptionally useful, allowing you to control the board and hinder units from getting into your lines, and wreck havoc on Mechanized lists (particularly when combined with a C’Tan with Writhing Worldscape). The other key piece of kit is the Sonic Crucible, which reduces charge ranges by D3”. This can completely stop assaults from occurring, which strands opposing units in their tracks, leaving them open to counter attack. You must be good at guessing distances to win with Necrons, and so keeping your enemy in that critical 4”-6” assault range is key. Keep a tally of enemy unit threat ranges in your head so you can see where to best move your units.
We have also found that the 5 man Warrior squad, the “Grot Squad” as we call it, is a fantastic 5th edition unit. It reserves in every mission, and comes on to objectives late game, or hides in KP missions. This unit contributes next to no offensive power but it wins you games by playing to the mission. Another option, but one we find to be less effective as it synergizes with the rest of the book slightly less, is to play MSU units with Crypteks with Eldritch Lances as a shooting component in an Alpha strike, or standard SAFH style list. This can be an effective build as it gives you a large amount of relatively durable (with cover and RP) units that can move and put a good amount of str8 ap2 shots downrange. Another variation of the same style build, is to spam Tremor Staves in these style units combined with the C’Tan with Writhing Worldscape, to maximize the effectiveness of this ability which can wreak havoc on many lists. Another tip which many may miss, is that vehicles will immobilize themselves on a 1 or 2 with this combo. Since the Tremor Stave shoots a small blast template, against packed armies you can quite easily get 2 or even 3 or 4 vehicles with a single shot and a little luck.
Either Warriors or Immortals can serve this function, although again, I would take Warriors as you save 4pts per model, 20 pts per 5 man unit. This style build combines well with Imotekh (as we have found most competitive Necron lists do) as his Night Fight, Lord of the Storm abilities and increased odds of going first really help to make an Alpha Strike, MSU style army more potent offensively and more durable. We will dig further into these style lists further into the article series. Suffice it to say, they have a great deal more ranged, offensive punch than the brick style troop choices, but are severely less durable and often less mobile as they can’t risk coming into close range the way a Brick style troop choice can.
Lastly, we will briefly touch on the mechanized style Necron troops choices. As Immortals can’t ride in Ghost Arks or benefit from their abilities, and Warriors don’t function in our experience as well in the smaller units that would actually ride in a Ghost Ark, and Night Scythes are fairly unreliable in getting a unit where you need it to be (as with their rules, when they are destroyed—and they are fairly easily destroyed—transported units go back into reserves) we have not found this style of army to be nearly as effective. Is it playable? I am sure a smart player could make it work, but we have found it to be a lack-luster competitive choice. Too many points, not enough punch, not enough predictability. You can pull some tricks with the Night Scythes, but for the points, you don’t get enough reliability to use them in a tournament setting, in our opinion.
Next week: HQ choices!
What do you all think about the Necron Troops choices? What has worked or failed for you?

Author: Reece Robbins
Reece Robbins, is one of the most respected names in tabletop gaming. He founded Frontline Gaming and the largest Warhammer 40K tournament in the world, the Las Vegas Open. Reece has been playing competitively and covering Warhammer since the 1980s. He has won major events including Adepticon.
Advertisement
Editorials Necrons Tactics Warhammer 40k
Advertisement 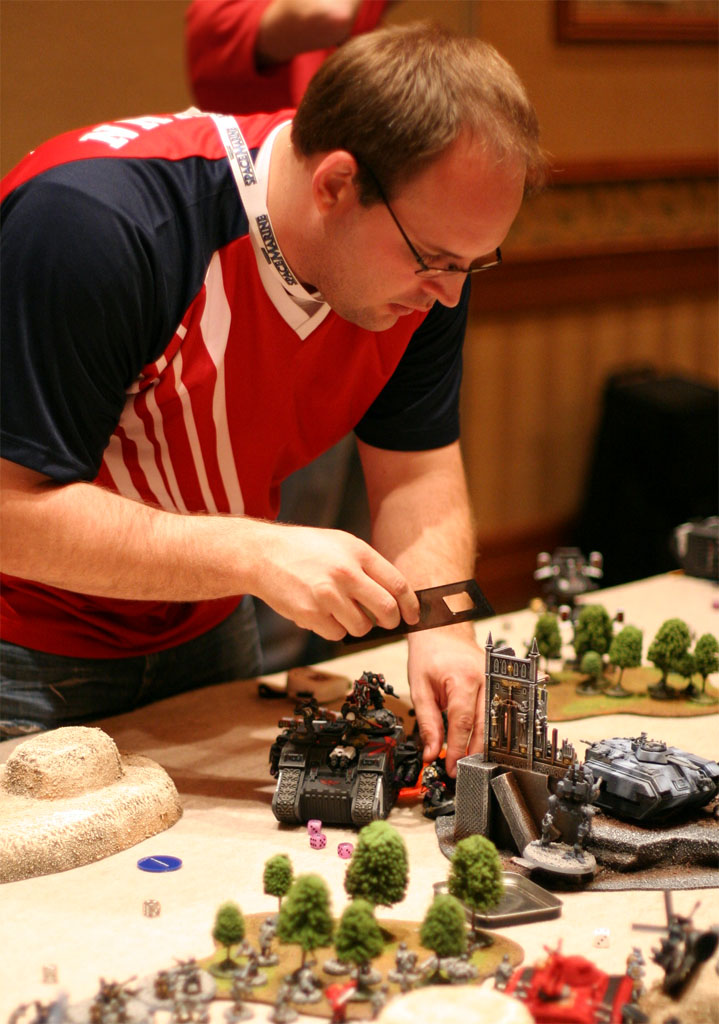