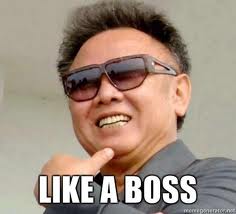 Last week we explored the strengths and weaknesses of the Necron Troops choices as we have seen them so far in play testing. This week we’ll dig into the HQ selections.

The Necron HQ choices are interesting tactically in that, much like Imperial Guard HQ choices, they exist more to enhance the army than to directly deal damage themselves. However, with the right match-ups, their HQ choices can be very powerful in combat in addition to their buffing abilities.

Let’s start with what nearly everyone sees as the clear stand-out for competitive play: Imotekh the Stormlord, aka The Boss. Imotekh is absolutely fantastic. In nearly every list we build, we keep coming back to Imotekh. He adds so much to an army that lacks a great deal of long range heavy firepower, and that also needs to advance towards an enemy force in order to pack the biggest punch.
Imotekh grants night fight (which may or may not be affected by a Cryptek’s Chronometron, we’ll get into that later), which is very nearly worth his points cost for that ability alone. The reason why: it protects your units while they advance into their optimal threat range. His 4+ Seize the Initiative and Lord of the Storm ability put him over the top as an HQ choice for many competitive lists. The Lord of the Storm ability allows you to effectively have long range shooting in a list that otherwise may lack it. The Lightning Bolts are absolutely devastating to most armor, particularly against the light/medium mech spam we see so frequently in the tournament meta today. The 4+ Seize is brilliant, as well, for obvious reasons. With a Scarab Farm/assault oriented list, it gives Crons the drop on their opponent, producing as many as 9 more Scarab bases before the chance of retaliation – or advancing on the enemy unmolested for a movement phase. This also combos very well with an Alpha Strike shooting list. It increases the odds of pulling off the alpha strike to roughly 75% and mitigates not getting it through the protection night fight offers.
Imotekh also allows Flayed Ones to deep strike off of an enemy unit without scattering. This combos with Zandrekh’s ability well, as we will cover below.
Imotekh also has a 2+, 3++ which helps to make him very resilient; and he has Phaeron, which is an absolute force multiplier for Necron Infantry units, as covered in the previous article. Imotekh’s Staff of the Destroyer is so-so. With an average 7” range, it really doesn’t do much to get excited about. It is less effective in practice than it looks on paper. His flamer is, honestly, more useful in most cases. Strength 5 attacks in combat with rerolls to hit and wound are not bad, but nothing special, either. Imotekh holds his own in assault against non-dedicated assault units, and reliably soaks wounds but his real worth is in making the entire Necron army better. He is, not surprisingly, the top pick for a competitive Necron build in our experience. Illuminor Szeras is a solid choice, particularly in a low points game. For the bargain price of 100pts, you get a character that has an Eldritch Lance (Str 8, ap2, 36” assault 1) and grants defensive grenades to the unit he is with. He also has a random buff ability for infantry – 2 of which are really useful (+1BS or toughness), the third still partially useful (+1 Str). In a 1500pt shooting list, I would strongly consider him. But, again, Imotekh’s night fight, Lightening and 4+ seize ability will often by more useful; but at a savings of 125 points, you could take a few Solar Pulses or Eldritch lances and mitigate that offset. Szeras doesn’t want to be anywhere near combat, so keep him out of it – or watch him die quite easily.

Orikan the Diviner is a cool, fluffy HQ choice with a lot of character. He has a str4 power weapon that re-rolls failed to hit rolls in combat and a 3++, but really isn’t much of a beatstick. His ability to go Super Saiyan is really fun (giving him the stat profile of a C’Tan while remaining an infantry model), but far too random to consider for most competitive builds. His real benefit to a tournament build is the combo he provides for first turn shenanigans. All enemy units count as being in difficult terrain on turn 1, subtracting D6 from their move through cover roll if they actually are in difficult terrain. This is really powerful against a lot of armies. Combined with a C’Tan with Writing Worldscape – this means that you can effectively shut down or greatly impede first turn movement for your enemy as a great deal of infantry will be killed due to dangerous terrain rolls – and vehicles will be immobilized on a 1 or 2! Where this really becomes problematic is for Dawn of War deployment. This means that, unless your opponent is a very bold soul, he will have to reserve all of his vehicles or see 33% of them destroyed as they try to come on the board. Even infantry rolling poorly could block other units from coming on the board where you want them. It is an incredibly powerful combo for that deployment type. Even normally, with solar pulses or Imotekh, you can effectively take a turn away from your opponent. Personally I would not take him in a competitive list, but I can see a place for the Diviner in a creative and or fluff oriented army.
Zandrekh is a very effective choice, as well. Zandrekh has seen a great deal of time in our competitive builds for his buffing, and debuffing abilities. He allows one Necron unit on the board to gain one USR from the following list: Counter Attack, Stealth, Hit and Run, Furious Assault, or Night Vision. He may also, every turn, take one of those USRs away from an enemy unit in LOS. These can be incredibly powerful abilities, and allow for a great deal of game changing combos. Giving Furious Assault to Scarabs makes them even more devastating assault units, but we have also found Hit and Run [with a little luck] to be very useful. Tank Hunters can make a unit of Immortals brutal against light mech, and can even grant a doom scythe an effective strength 11 attack! (Strength 10 Death Ray with +1 on the pen roll to come out to effectively strength 11.) Zandrekh is a great HQ, and in my opinion, second only to Imotekh in terms of overall utility as he opens up so many combinations for the smart player. He is also highly resilient, with a 2+, 3++ and a res orb.
Zandrekh’s ability to allow any deepstriking reserves to enter play on the enemy’s turn is interesting. We have not tried it yet, but it seems to me to be an ability that, like Deathmarks, will make more sense in 6th edition. However, in 5th, it allows you to react to enemy reserves – ensuring that otherwise slower models will be where you want them to be, when you want them to be there. The first combo that pops out with this, is to also take Imotekh with 3 full squads of Flayed Ones and then deepstrike them in the enemy phase without scattering. This could be a cool combo to pull off. That said, Flayed Ones – not being able to take attached Lords or Crypteks – really limit the utility of this combination. On their own they don’t hit hard enough, and will often be run down in combat or shot to bits before doing anything. In certain match ups it could be very powerful, though. In a truly competitive setting: probably not.
Next week we will cover the rest of the HQ choices and dig into the Court combos!

What do you all think about the Necron HQ choices? What has worked or failed for you?

Author: Reece Robbins
Reece Robbins, is one of the most respected names in tabletop gaming. He founded Frontline Gaming and the largest Warhammer 40K tournament in the world, the Las Vegas Open. Reece has been playing competitively and covering Warhammer since the 1980s. He has won major events including Adepticon.
Advertisement
Necrons Tactics Warhammer 40k
Advertisement 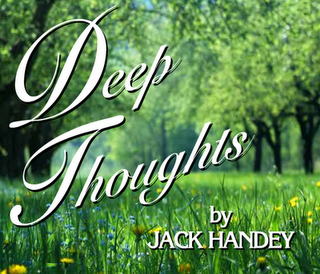