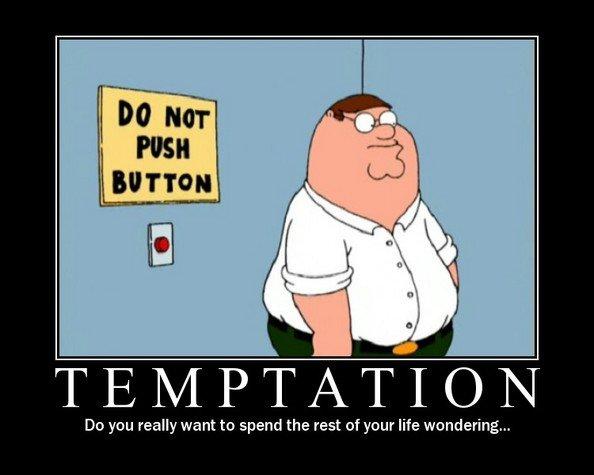 Goatboy here – waiting to wade through the negativity of the keyboard culture. Today I want to go over a little rumor that is bubbling up, and might have some validity: the switch to percentages in 6th instead of the normal FOC chart we have all grown to love.

Just like the changes to Fantasy this past addition, the rumor mill is churning out some percentage based flour in order to craft your armies. This is a pretty major change as we have all grown to understand the Force Org and have designed armies, comp events, and opinions of army builds based off of that. We haven’t heard anything about the actual percentages, but let’s think about how much more important core… oops I mean troops are to 40k and the normal methods of winning the game.

So let’s say the new edition might have a Minimum 25% troops with a maximum of 25% of the army based on all the other options. So in a 2000 point game you will have to spend a 500 points on troops in order to fulfill the force org. It might end up being more, but will just use fantasy’s current percentage build. As we all know, GW is known to reuse rules from each game.

Now… I am sure people are thinking that this isn’t a big deal as most of the time your troop options fit within that point break down. For most armies it fits pretty well. You usually see 3 units of Marines in a Space Marine army hitting about 600+ points when you add in boxes and other options. Heck, most of the armies seem built towards that point limit most of the time when troop choices hit between 150-200 points per option.

So reaching the minimum isn’t a big deal and, really, the other choices in the book become extremely important and help create the list. The issue is that some of these new armies are given troop options or troop unlocked options that are a bit too much for the game to handle. What about the older armies with very cheap options that can cover the board in nonsense? Let’s look at some of the options that might need to be re-looked at if the supposed drop of the force org lets you copy and paste a unit over and over again.

Multiply that out as you see fit and you can now cover the board in Strength 6, TWL firepower. You won’t be cut down any big tanks, but that’s still a lot of weapons you can load out and create a full wall of cheap idiocy with. Add in a few 35 point TWL Assault Cannons and you’ve got a lot of options to bust vehicles.

Can you say: “10 Venoms mowing down jerks”? And: “they all score”? Yeah you won’t win Kill Point games, but sheesh… Killpoints might be gone in 6th.

Those are two small, but efficient, troop options the rely on shooting to win the game. Yes, they are very one sided – with the lack of any real combat potential added in. One needs an unlocking factor to make them viable while the other is just a basic option in the book. The unlocking factor is where I think this percentage bit starts to break down.

We all know how a lot of the game is built upon rocks and other options. Usually these rocks are extremely expensive options that fit in a none troop force org slot. This is fine, as it will severely limit what you can bring in your army if you decide to use a rock option. It breaks down when the rock option is actually a troop choice.

Look, I won’t go over the Paladin nonsense you see written about a lot – we do know about that. What other rock options are there for people at the troop choice? You can see Wolf Guard bombs work this way, too. Heck… you can see the assault mega blob from IG being another one, as well as the Ork Nob break downs.

Rock options of troops become something of an issue. It is the same thing with super efficient options are the troop choice. The other thought on the percentage front is: what if 40k starts to limit duplicate options from non troop choices? Fantasy has built in naming options that give the idea a limited nature – rare and special units lend themselves to this. We all know army choices are not that limiting with option A being a better option so make more of that. So, what if they did limit the duplicate nature of 40k?

Let’s say you can only have 2 of each non troop option. Gone are the days of 3 Rifledreads, 3 Long Fangs, 3 Ravagers, 3 FAQ’d Land Speeder Typhoons, etc. Now the options of squadrons become more interesting as they allow you to fit things in with a disadvantage. Lately, most of the non troop options have limiting point costs involved (not Wolves or Grey Knights) because you still need troops to win the game. Limiting this nature might make things a lot more interesting as army builds start to bend and tweak away from sheer brutal efficiency to trying to cover the holes the limiting nature of the Percentage force org creates.

Of course, since the rumors are pointing to two new books before we get a hold of 6th, the idea that this might fix old books is kind of moot. Most of the older books are missing some of the efficient troop choices that normally break the game. Yes, you can have a huge army of Guardian Jetbikes now if you wanted to, but that won’t be breaking the top ten of most events (unless you’re the classy Greg Sparks). I guess you could have a horde of Kroot too, or just a bunch of sad Gretchin wondering why they were brought out to the stomping fields.

This is all speculation right now. We really have no idea because each week new and conflicting rumors start to circulate. I am sure there is some truth involved as a way to bait discussion, and excite the keyboard clacking masses. I have some issues with it as I don’t see it helping out a lot of armies and still continuing the trend of increasing the power of powered armor jerks. Will just have to wait and see if it ends up being true or maybe we have just been bamboozled.

If these rumors are true, how will it change how you play the game? What do you think the impact will be on the tournament play?