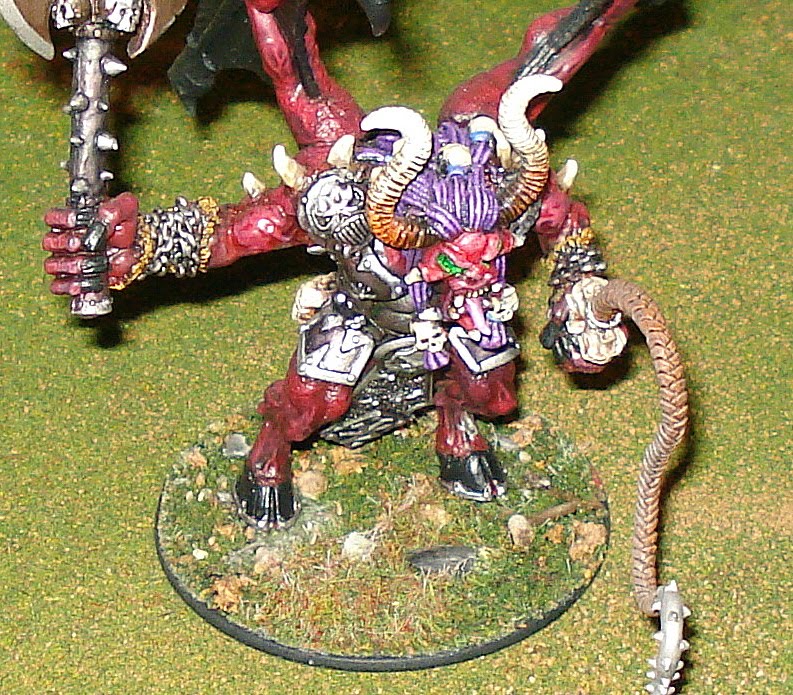 Don’t suppose you’ve spotted a trend around these parts lately?  It started with Big Red’s How to Fix Space Marines and was recently joined by Wyatt’s How to Fix Orks… ah!  The light went on just now – I know it!

We here at Bell of Lost Souls have taken on (insofar as we ever take on anything, long term) the difficult task of fixing everything that is wrong with our gaming universe!

We, the Arrogant, You, the Mob

At least it seems to come off that way to many of our detractors, so why fight it?  We’ll own it!  So yes, then.  Yes, we are just arrogant enough to think we can ‘fix’ these books!

But you can be, too – it’s true!  You are The Mob.  You wield insane power in this digital battlefield.  Who’s shaping a trend more than those bucking it?

The Mob finds a home in the Comment’s Section; least we forget, that’s where a simple blog post takes on a life all its own!  You’re the unseen and very scary collaborator… so make sure you’re collaborating!  Your voice must be heard. …why waste space in Today’s Terrible Tuesday Editorial?  Simple.  Posts like these aren’t hard to write, though in fairness I suppose it’s a bit more problematic to write them well.  More important is to shape a conversation the Mob will want to participate in.

The most useful contributions come from the brisk conversation to be had after an article drops.  Don’t fail to participate!

Are what broken?  Oh!  Daemons.  I forgot myself in that last ‘mob’ rant.

Moving on, I still think an optimized army can win tournaments, even as every household of Grey Knights seem to be duking it out with the Imperial Guard and Space Wolves.

Kenny from Next Level Painting almost took the Feast of Blades Invitational with Daemons, and I took my Bolt and Beast variant to Adepticon 2011, earning a spot in the 16-man Championship Rounds before losing a tough opening match. Grey Knights hurt, no doubt.  It’s very true a Grey Knights build doesn’t have to work hard to add anti-Daemon elements, but concentrating like that will leave vulnerabilities exploitable by other races.  For that reason, in practice folks build all-comers lists.

And Daemons are okay with that.

Still, let me admit there are some major problems with the book.  It goes like this… everyone knows what you have to take.  With price at a premium, a budding Daemonic General isn’t going to waste a slot in the Elite’s section on Nurgle Beasts. More importantly, the best builds in the book are already common knowledge.  Oh, we might argue over Daemon Prince vs Soulgrinder, but the heart of the army is in the Elite’s section, and these days the conversation is, “What’s the ratio of Fiends to Crushers?”  It hasn’t gotten to the point where Necrons were with Destroyer Wings running around everywhere, but we’re getting close.

The Fate-Crusher build is probably the most famous in the book.  I’d like to think my variation of Bolt and Beast has earned it’s place as a top choice.  There are some other very good Daemonic Generals, with minor, personal variations on these themes.

Still and all, we’re seeing the same thing on the table – where’s the room for choice?

Advertisement
We Want To Use It All

What the title says.  Why can’t we use it all?

And to that, when it comes, I’d just like to say.., “What gives, huh?  Tournaments aren’t your bag.  Got it, but don’t you want to be able to use a wider variety of toys in your narrative games without feeling like you’re going to get Snookied?”

There’s nothing wrong with wanting to challenge your friend in a game and perhaps win. I like Wyatt’s idea of setting some expectations up front; here’s mine:

1. Daemons should have battlefield mobility.
2. Daemons are a theme army and updates should not lose that.
3. Daemons require a broader arrangement of anti-mech.

And in keeping with the format of these articles, here’s my list.  It’s short, since I don’t believe there is much wrong with the book that tweaks wouldn’t fix.

Every option should be viable.

Options that don’t see much love should see a discount in points.  There’s a reason Nurgle Beasts aren’t on the table.  Khorne Heralds on Chariot are great in theory… if they weren’t so freaking slow!

The ideas are fine – it would take a cool tweak and voila!  A workable unit.

After that comes Themed Armies! Champions and Heralds should be upgrades for full-sized units, but if purchased this way they stay with the squad.  Champions should provide buffs for the unit.

For example, Tzeentch Warpfire could get a boost in strength and armor piercing, but there might be a saving throw to take for risk of a burning sacrifice!

Heavy support is largely fine but requires some minor adjustments.

Soul Grinder upgrades for shooting should be cheaper.  There is no reason it shouldn’t have both types of shots (8 / 3 and 10 / 1) for one price, given only one at a time can be used.

Wings should be cheaper; this in an environment where Poison Weapons and Force Weapons put down Monstrous Creatures easily anyway; there is balance.  Daemon Princes with Wings should have the option to move to the Fast Attack slot.

Alternatively, a new type of Daemon Prince could be developed for the Fast Attack Slot.

Optional HQ and Troop requirements can open up changes in the Force Org slots.

If you put out a Herald of Khorne, two full-sized units of Bloodletters, and one unit of Bloodcrushers, the option for Greater Daemon Princes of Khorne become available.

That’s an example.  You’d have the core of a Daemonic Warband of Khorne that would perhaps have the assistance of Tzeentch Heralds on Disk and Horror’s firing upgraded Warpfire.

There has to be alternate ways to defeat Mech.

The designers at GW are sharp lads; Entropic Strike works just fine – surely there are other ideas?  I don’t see why Nurglings couldn’t see some use, perhaps rusting out vehicle hulls or something.  Anti-vehicle could be the new role for Plaguebeasts, who stalk the battlefield hunting metal to break down for it’s master’s concoctions…

Guys, Bolt just doesn’t cut it – there are only so many ways you can get it in the army!  So yea…

…I think Flamers should straddle a hill like Devestators, providing ranged firepower for some anti-vehicle action!

Overall, it’s like I suggested.  The book doesn’t need an overhaul of the idea, just a tightening of the vision and an opening up of characterful options.

But did I hit the mark or not?

It’s time for the Mob to Speak!  Hugs and gropings… or no hugs, no gropings? 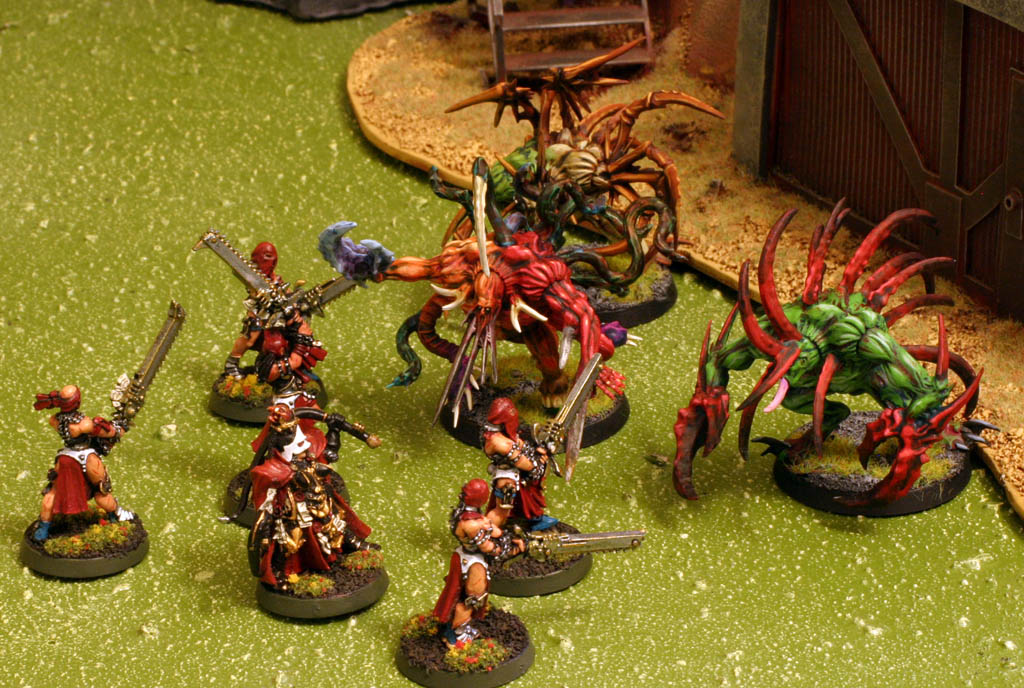