So far I’ve been posting articles covering individual unit analysis and a few batreps to serve as examples how the army works as a whole. If you’ve been following this series of articles you’ll know that I’m an advocate of running a fully reserved Tyranid army so keep that in mind while reading this article. The purpose of this article is to provide in depth analysis covering an important aspect of how to play the army.

Synaptic Network
40 percent of my units provide synaspse and I’ve found this to be a good ratio for the particular army list presented here. There is enough synapse to provide adequate support for the army as a whole and to be honest I’ve never had a problem with not having enough synapse.

Genestealers are not subject to tests for instinctive behavior and the a Doom is Ld10… So if you think about it I really only need synapse for the termagants (Prime is always attached to the Hormogaunt) and like I said so far its never been a problem.

The Trygons provide roaming synaptic support and are usually the first to die since they typically fight on the front line.

The Tryanid Prime is attached to the Hormagaunts – the Prime comes in from reserve on my long table edge providing synaptic support from the rear of the army and moves forward over the course of the game to fill any holes left in the synaptic network when the Trygons are destroyed. The Prime can also arrive from a burrowed hole left by a Trygon if I need him to start on the table in a forward position. Usually it’s best to bring on the Prime from the rear as I’ll place an objective marker in my deployment zone – typically I prefer to clump my Capture & Control objective marker close to a Seize Ground objective marker. My opponents have to work their way through the rest of my army if for some reason they want to focus on eliminating the Prime and that means inevitably they will suffer heavy losses as a result of playing aggressively.

The Warriors are a midfield unit for synaptic support and often end up babysitting the devilgants. If the devilgants break then there is a least one synaptic unit close by behind them to halt fall backs (e.g., the Prime).

The Zoies are obviously intended for shooting – they can come in anywhere specifically needed to target key enemy vehicles such as landraiders. As such I don’t focus on placing the Zoies to provide synaptic support but they can provide redundancy if necessary. Redundant synaptic units are like having dual antennas – if one should fail then there is another in place to provide immediate backup.

Shadows in the Warp (SitW)
Tyranids are one of the psychically gifted races in 40k and they have their share of effective psychic powers. SitW has a limited range so you must play aggressively so it can impact the game – this is an advantage the Trygon Primes can provide – they are T6 and have six wounds so they can usually last at least a turn or two while dampening enemy psykers.

The odds are roughly 50 percent that an enemy psyker with Ld10 will fail a psychic test due to SitW – that’s actually pretty good but it can be potentially enhanced by the Broodlord’s psychic power Aura of Despair. The Deathleaper has the ability to drop one enemy psyker’s leadership by d3 and works well in a fully reserved army tailored to beat Grey Knights. Let’s face the facts – if you play in competitive tournaments there is a reasonable chance you’ll end up fighting against Grey Knights one or two games… heck maybe even three times at a large event ! Don’t despair though. If you can shut down Grey Knight psychic powers it opens the door for your melee units to wreck havoc.

A squad of Paladins with an attached Librarian are the supreme lords of battle… Normally you can’t charge them and expect to win as they will crush anything and everything in melee. If we factor in SitW and the Deathleaper’s ability here are the odds to shut down the Grey Knight Librarian. On average the Librarian will be reduced to Ld8. If you have a Broodlord nearby you might even be able to reduce the Librarian to Ld7 at a key point in the game. On average a roll of 3d6 results in a total of 9 to 11 so if you pull this off the odds are actually well in your favor ! That means at the critical point in a game versus Grey Knights you’ll block their psychic power Sanctuary… Your genestealers then launch an assault versus the Paladins and you p0wn them. Pretty amazing and believe me when I say your opponent will never see it coming – they are just that confident.

Final Thoughts
I’ve discussed how to build an effective synaptic network for a fully reserved Tyranid army. An offshoot of this approach is you’ll also have SitW spread out across the table as well. If you want to take advantage of SitW then it pays to enhance it using either or both a Broodlord and the Deathleaper. You can always take a more defensive stance but if you want to play aggressively then these tactics can help. Finally remember that an enemy psyker automatically suffers Perils of the Warp if they roll a double 1 or 6 on 3d6 due to SitW.

~Have at it folks.  What’s your take on synapse and the all-reserve Nid army these days?

Author: Steve Turner
Steve turner is a competitive Warhammer 40k player and avid hobbyist. He has been actively playing for over 20 years. He began writing for BoLS in 2013.
Advertisement
Board Games Editorials Tactics Tyranids
Advertisement 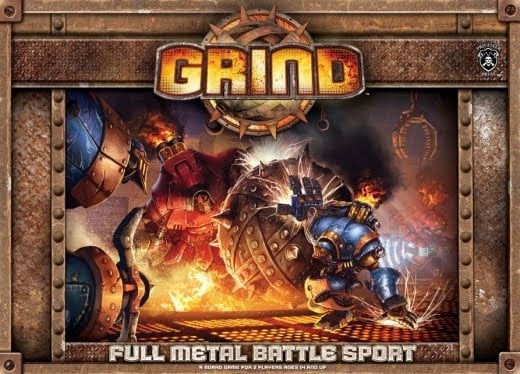