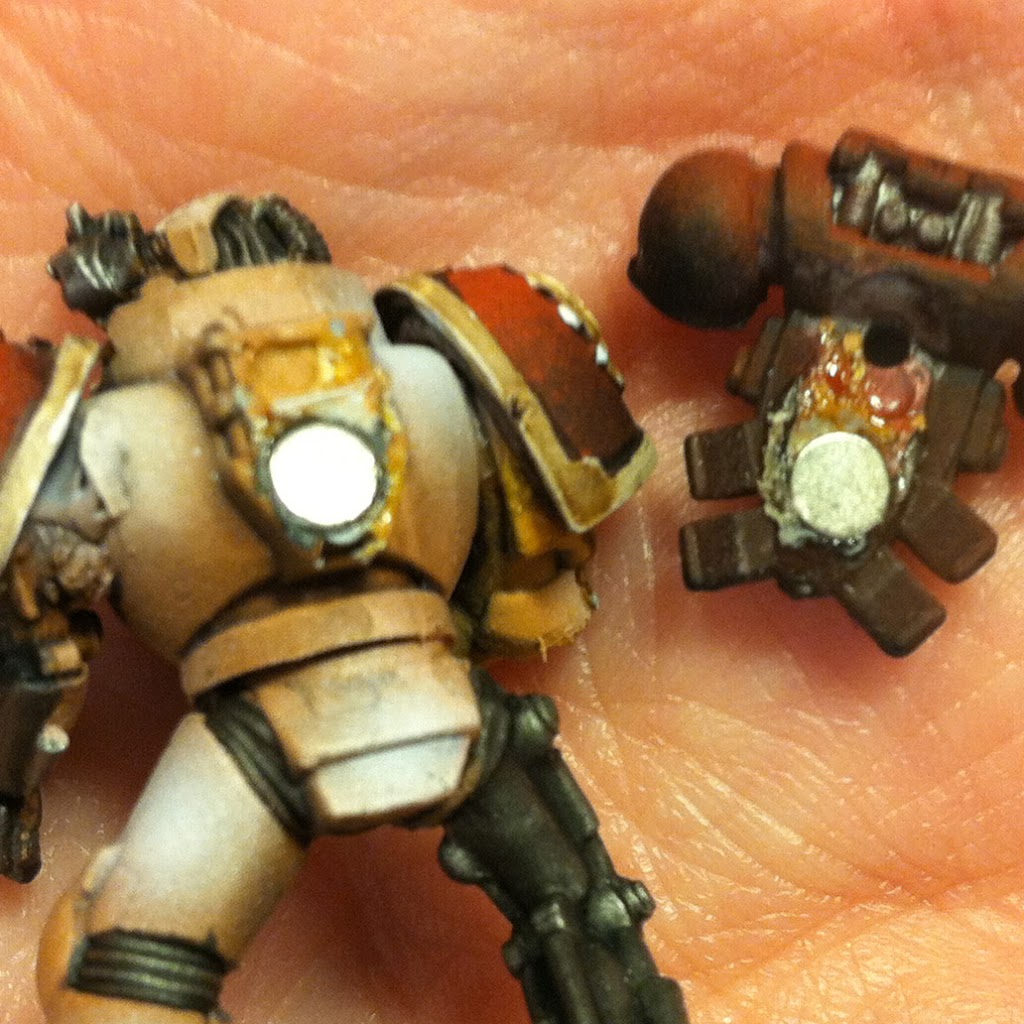 MBG here with a little tutorial on how to swap out backpacks, so you can switch up Marines between Jump and regular infantry.

Why would you ever even want to do a thing like that?

Well there comes a time, especially now, with a new edition of the rules looming in the distance, that sometimes it’s better to plan ahead when you build your minis.

~Editor’s note: you Heresy-era modelers can even use this for certain First Founding legions to swap between loyalist and traitor packs.

Not to mention the fact of never getting caught up on projects… magnets may be a great way to retrofit you miniatures to make them work in the now, so to speak.

Lately I’ve been going back and re-doing all the backpacks on my Blood Angels so I can make them either Jump or Regular infantry cause hey who knows with sixth coming out right?

Let’s take a look at how I did it.

For the jump packs in my Adeptus Mechanicus themed Iron Hands I used Grey Knight Interceptor Backpacks, which are technically jump packs just not as boxy.

How I did it

I grabbed a big long stack of magnets, and a model that I had already finished magnetizing.

This way I could keep all the polarities of my backpacks the same throughout the army.

First off I carefully drilled a 1/16″ pilot hole first, then used a 1/8″ drill bit to enlarge the hole for the magnet. Drilling pilot holes first gives you better control (smaller bit), and reduces the chance for error with the bigger drill bit as it’s doing less work.

Believe me, the last thing you want is a improperly drilled 1/8″ diameter hole on your miniature. It would probably be pretty noticeable to say the least, so make sure you line your holes up good!

Then I after checking the polarity of the backpacks I had already done, I attached the first magnet into the hole I had bored using superglue and kicker.

When you use kicker to accelerate the drying process, I’ve found that it’s better to apply it from the bottom of the tube leading to the nozzle (that is normally inside the bottle).

This way you don’t actually spray the kicker and get it everywhere, which at least for me tends to make me nauseous.

I usually just put a dab of glue in the hole, and then sink a magnet into it that has been doused with some kicker.

Keeping the magnets attached together in a long shaft also makes it easier to control as well.

After the first magnet dries, glue another in the opposite piece you are attaching (checking first to make sure the magnets attract).

From here, it’s just wash, rinse, repeat for all the backpacks that need magnets! Hit me up with any questions, and if there are any other kits would you like to see a feature on magnetizing? -MBG?

Author: Robert B
Robert is a veteran tabletop and miniatures gamer, and writer with over 20 years of experience. His specialtiesies are the worlds of Game's Workshop's Warhammer. He began writing for BoLS In 2010.
Advertisement
Conversions Hobby Warhammer 40k
Advertisement

Goatboy's 40k Thoughts - Playing the Game and Keeping the Girl 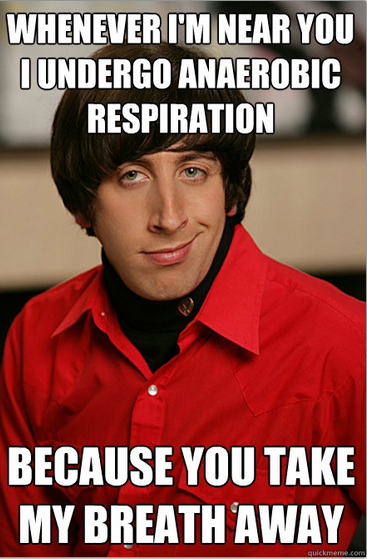