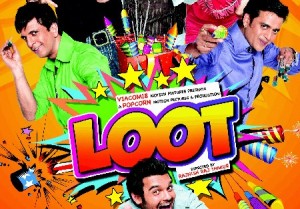 Hello once again internets!  Lately I have been talking about GT’s  (as any good TO does).  Mostly my recent discussions with locals have been about the nature and extent of Prize Support.  I wanted to bring it to you all.

Essentially the question is this: What is the best policy:
1. A deep pool for a few winners? or
2. A shallow pool for everyone?

For this exercise we are talking about large Regional/ National events, not your local RTT at the FLGS on the last weekend of the month.  Let’s assume that your event has 100 people attending (for round numbers).  Lets also say that you have $3,000 (cash) to spend on prize support at your event.

TRADITIONAL THINKING:
Up until now the traditional way of doing things has been to give a small (if any) swag bag at entrance, which usually consists of discount cards and other misc. goodies.  There are lots of little things that you think are cool but if you lost the bag your world wouldn’t end.

On the actual GW prize support side most of it goes to the ‘winners,’ i.e. best general, best overall, best appearance, best sportsmanship, etc. Different events have different names for them but essentially the winners get hundreds of dollars worth of GW product.

The swag bag would go down more based on if you have team events and ‘other,’ side events.  But I’m assuming you’re just running a single 40k event.

THE ISSUES:
As a word of caution, I’m not saying that one way is better than another, and there can be a good “middle ground,” but let’s go over some of the issues that come up with the traditional way of giving out prize support.

From my experiences I have seen that the Best Overall and most of the guys who win these prizes don’t need them.  Usually their collections are pretty established and they don’t have any problem fielding the army of their choice.  This is either because they have won so many events that they just have what they need, or their personal income is high enough that they can buy a decent army to take to an event. I can’t tell you how many times I have seen someone win “Best overall,” and then immediately give the models away to his friends or sell them online.

– “The proletariat,”
The largest part of your event has gone home with what can feel like “nothing,” sure they have discounts to miscellaneous retailers and maybe even a cool thing-y. Some might get a model from a manufacturer, but usually it is hard to give everyone an awesome swag bag because not all supporters send enough product, so if you have 100 books and only 50 models then only 50 people have a “full swag bag,” TO’s try to avoid this as much as possible, but it happens on a somewhat common basis.  Still though, some people are leaving feeling like they didn’t get “something.”


– “One Sweet Day,”
One benefit is that people see the “winners,” leaving with hundreds of dollars in swag and they think to themselves, “Next year I will win all that swag…Can you imagine!?”  This means that they will come back year after year if only for the chance to win all that swag.  Even if he doesn’t want the stuff, the guy who won it still feels like he is king of the hill, everyone is looking longingly at his pile-o’-goodies and he feels fulfilled.  There are few things worse for an event than to have your winner feel like he didn’t really get anything for winning.

Let’s continue our assumptions of 100 attendees and $3,000 of prize support. What if our disbursement looked something like this?

Here is the idea.  In all honesty, top players (that I know) want more bragging rights to rub in the face of their top player friends, things like Rank standings, Trophy collections, Names on banners and the like is (generally) more important to them.  Sure having more plastic crack is great, but I hear more conversations of “who’s name is on the banner, chump!” than”Who’s got more models from winning, duder?”
Also, in this example people can actually leave with something of value.  In the $30 swag bag you could include things like dice, shirts, templates, dice bags, finecast models…Lots of stuff (But probably not all at once, lol). You could even take $200 out of the $3000 and have raffle items that anyone can win.

Conclusion:
In the end, I don’t know if one way is better than the other, but this year at Feast of Blades we will be moving more towards the second example.  I love nothing more than seeing lots of people leaving happy like they just raided Nottingham.


What do you think, it is better to give a few people a lot?  Or is it preferable to “spread out the love?”