WFB Tactics: The Art of the Redirection 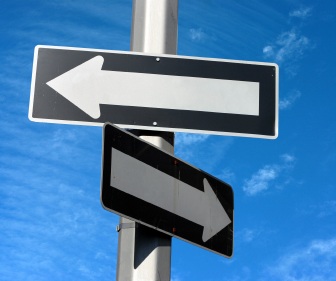 Hey everyone, this is Adam from TheDiceAbide.com and I will be writing some Fantasy articles for your enjoyment!  Since this is my first article here on BoLS, I thought I’d start with the basic strategies of WFB, and show a few tips and tricks that will help someone who isn’t an expert to really improve their game.  To start off, I will be going over charge redirection, which to many may seem like a simple concept, but there are definitely some implications that can be unexpected.

In WFB, knowing where and when an opponent can charge is key.  Since the introduction of 8th edition with random charge distances, you can no longer rely on being 1″ out of your enemy’s reach to keep you alive, instead, you have to play the odds and understand how and when things will hit.  To prevent you from getting a very powerful charge off, a canny opponent will seek to control the movements of your most powerful units, this is most often accomplished through charge redirection.

To those who may not know, charge redirection is the act of putting an intervening unit in between the opponent and yourself, at a slight angle, which prevents them from charging and overrunning into you.  I’ll start off with a fairly common scenario: one player with Dark Elves has a vulnerable mage bunker, which a hungry unit of chosen wants to have a little chat with.  In fantasy, the technical term for a situation like this is “bad.” So, how do the Dark Elves survive this certain doom?  Simply sacrifice a cheap unit of 5 harpies!  Now, if the Chosen want to charge or move forward at all, they are forced to charge the harpies, who should be angled far enough away to let your Dark Elves safely avoid any possibility of being overrun. This is your basic charge redirection tactic, but what if we want to get really mean about it?  Lets now pretend that instead of Dark Elves, we’re using High Elves, who have access to the cheap and wonderful Great Eagle. In this diagram, you’ll noticed that I put in a green arc, this represents the front arc of the Great Eagle.  Normally, you’d assume that it is a flank charge, since the Chosen are indeed closest to the flank of the eagle, but since a majority of the Chosen’s front rank actually lies in the front arc of the Great Eagle, they’re going to end up in a frontal charge, forcing the chosen to rotate a full 90 degrees, with absolutely no chance to overrun into anything at all.  If you did this to a frenzied unit near a board edge, you would end up forcing them to overrun off the board, effectively taking them out of the game for two full turns (one to kill the eagle, another to move back on).
The 90 degree redirect, or as I call, the Full Redirect, is an incredibly useful tool and very easy to pull off with units which consist of a single model, such as Razorgor, Chaos Spawn and Great Eagles.  Those 50 points you lose on an Eagle could easily win you the game, or at the very least, keep you out of combat with an Ogre Gutstar for a turn.
So there you have it, a cheap and effective way, which most armies can use to drastically increase their survivability by controlling the opponents maneuvering.  What is the biggest thing you’ve redirected?