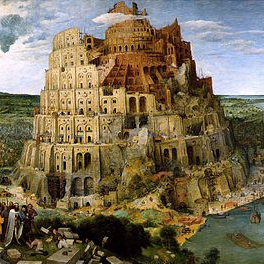 The scenarios in WFB are often hotly debated, but none has been more controversial than The Watchtower.

Hello again, it’s Adam from TheDiceAbide.com again!  I’ve seen a lot of people in 8th edition, gloss over the scenarios and end up playing Battlelines nearly exclusively, which saddens me.  I’ve heard a million excuses on why The Watchtower (and to a lesser extent, Blood and Glory) are not competitive and are too easy to “auto-win.”  After playing many games of the Watchtower, my local group has determined that the winner isn’t as easy to predict as the internet folk would lead you to believe, and we have developed many strategies, both defensively and offensively.

First, lets assume that you won the dice roll and control the Watchtower.  You are allowed to (but not required to) start off with a unit of core infantry, consisting of no more than 20 models in the tower.  Many novice players will throw something cheap in the tower, just for the sake of controlling it, this is not a good idea.  Starting with a unit in the Watchtower will pretty much guarantee that the enemy will be able to get a turn 1 charge against your unit, and if that unit can’t be relied on surviving, they will likely turn over control to the enemy (which can actually be advantageous, I’ll get to that later).  Assuming you don’t have some grand strategy, which involves getting the enemy in the tower, you do not want to hand over control so easily.  To prevent you from losing the watchtower on turn one, be sure that your unit can survive 10 of the enemy models attacking with their full attacks (i.e. Chaos Warriors with Mark of Khorne and additional hand weapon), with at least one model living on average.  If you don’t think your unit can survive that, then don’t start them in the tower.  If you think your unit has a chance to survive that, then the next thing you need to do is make sure that they can pass a LD test.  The simple solution is illustrated below, just make sure that your general and/or BSB is in range of the tower. That is the first big tip to winning this scenario, no matter what is in the tower, you need to make sure that the enemy cannot break the unit inside, by keeping the Watchtower within 12″ of your general and BSB, you reduce the chances that your defenders will run away.  This all may seem very logical, but you wouldn’t believe how often it is forgotten or neglected.

The next strategy to defending the tower goes back to my charge redirection article.  If the enemy cannot charge the tower, they can’t kill what’s inside.  This is a great place to use lone Razorgor, eagles, chariots, fast cavalry, or pretty much anything which can get in front of the enemy at a steep angle, forcing them to charge something which will either overrun the wrong direction, or simply stall them for another turn.  This also works if the building is unoccupied, since units cannot overrun into a building, so if you are afraid that a unit is about to walk right in to the empty tower, throw something, anything, in it’s path and you will slow it down another turn. Now, lets go back to what I said before about sacrificing control of the tower.  Since the opponent goes first in this scenario, it isn’t always bad to put a sacrificial unit in the tower.  The opponent will charge and kill the defenders, and most likely hop inside the building, this means that you get to react on your turn 1 and charge whatever is inside with your own assault force.  This is a risky maneuver, but if you are playing an opponent who doesn’t have massive horde blocks, or if you think they will put a filler unit in the building to defend, it may be a good sucker punch.

Fighting against a dug in opponent in the Watchtower seems like a daunting task, and while it is an uphill battle, it is far from impossible.  When you are trying to take the Watchtower, you need to spend 100% of your attention on it, if you worry too much about the rest of the opponents army and try to rack up VP’s like a normal game, you’re simply going to lose the Watchtower, that’s the way the scenario works.

When you are attacking the Watchtower, as I mentioned, you need to focus on it.  There are a lot of tools available to most armies which can be used to assault the defenders, that may not come to mind for most people.  The first such item is the Banner of Eternal Flame.  This very common item has been the bane of many hydra and hellpits since it’s introduction in 8e, but another hidden advantage is that units with it are able to re-roll failed wounds when assaulting a building.  Now, lets imagine those Savage Orc Big ‘Uns with the flaming banner, dealing 30x WS4 S5 attacks that re-roll to wound every turn they assault the building… Not too shabby.  Make sure that the unit you give this banner to in your normal list (if you roll for scenario) has multiple attacks and a high strength, it will both be good for assaulting buildings, as well as killing monsters.

Another often overlooked tool is magic, more specifically, magic missiles.  Since magic missiles do not have to roll to hit, they are not affected by the hard cover granted by being in the watchtower, any ranged attacks that you can muster that aren’t affected by hit penalties (i.e. Skeleton Archers), will be more than welcome when attacking a tower.  Similarly, stone throwers of all kinds are actually quite effective, for if you land the center of the hole over the tower, you will be dealing a healthy D6 S9 hits that cause D6 wounds each, cannons that hit home will do D6 S10 hits.  While we’re talking about templates, just remember that the template just needs to touch the building to do any hits, this means that your Warpfire Throwers who are targeting a unit near a building can still cause those D6 S5 hits to any defenders, while simultaneously torching something nearby.

Last, but certainly not least is that you should also be concerned with redirection.  If you are grinding down your opponents defenders, your opponent will probably want to get his unit out and move a new unit in.  To prevent this from happening, put redirection units, or anything small enough to fit, directly in between the enemy unit and the tower.  It is important that you have them directly in the center of the enemy reinforcements to prevent them from reforming narrow and walking in after abandoning with the weakened unit.  If you only have one small unit to the side, the enemy can simply reform to be 1 model wide and walk in.  By preventing their reinforcements from arriving for another turn, it could very will buy you the time you need to wipe out the defenders and take the tower. If you focus your attention on the Watchtower, you can win the scenario.  It takes a lot of planning and attention to detail, but it is a very strategic army, and I highly recommend that everyone play it in their regular rotation of scenarios.

Keeping the unpopular scenarios in your regular matches will force you and your opponents to make balanced lists, and not just focus on winning Battlelines.  All 6 scenarios offer something different, and in the end, playing them all will only make you a better general.
Subscribe to our newsletter!
Get Tabletop, RPG & Pop Culture news delivered directly to your inbox.
By subscribing you agree to our Terms of Use and Privacy Policy. 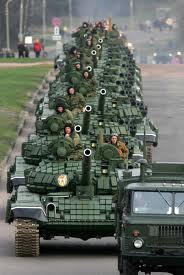