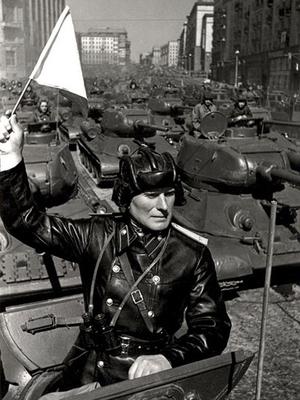 BBF here again with some thoughts on how to competitively play a reserved Tyranid army versus Mechanized Imperial Guard. A lot of these tips are universal and can be applied to playing against other types of armies. You need to closely follow two strict guidelines to make this work:

First the table must have at least 25 percent terrain with some pieces blocking LOS. Tyranids can’t win a gun battle trading shots across the table versus Imperial Guard. You need cover to win.

Second you must wisely place your objective markers (OM) forcing the Imperial Guard to come towards your OMs. There is a large number of different scenarios that can occur so I will try to break it down as simply as possible. Typically there are three to five OMs for Seize Ground so you’ll be placing 1-2 for three, 2-2 for four and 2-3 for five. If you get to place the majority of the OMs (2 for 3 or 3 for 5) then place yours so they are in positions that you can defend them safely from within cover—usually it’s best if you can place your OMs in cover and hidden from your opponent’s LOS. You don’t want to be too aggressive placing them—if you lose the roll for the choice of your deployment zone then your opponent can turn the table on you… You need to carefully take into consideration what is the actual deployment (Dawn of War, Pitched Battle or Spearhead). If you have to place the minority of objective markers (1 for 3 or 2 for 5) for Seize Ground then you need to be even more careful and again you want to defend yours from within cover. I have found that typically IG players like to cluster their OMs in hope they can deploy first and force you to come to them (very similar to what you’re trying to achieve). The main point is you want to place your OMs hidden behind LOS blocking terrain, preferably in cover and make sure to spread them apart—that is don’t cluster them close together. Also remember that typically you want to go second which is another good reason not to cluster the OMs.

Fortunately placing objective markers for Capture and Control is much more simple. Place your one OM deep inside your deployment within cover and hidden from LOS if possible. The big advantage here as opposed to Seize Ground is you know ahead of time which deployment zone is yours prior to placing your one OM. You want to place it far back such that your opponent has to move their units via the furthest distance possible to take or contest your OM. This buys you more time to halt the progress of the objective grabbing units.

How IG Takes Objectives & How To Stop Them
It is simple… If you have properly placed your OMs then the IG player must commit some of their units to come at you and take them. They will typically use scoring units mounted in either Chimeras and/or Vendettas so you’ll need a good means of stopping them dead in their tracks as far away as possible from your OMs. Hive Guard and Zoies are your best as I don’t see a Tyrannofex integrating well in a reserved army. Typically you will have to wreck or destroy 3-4 of their transports to force them to footslog on towards your objectives. Once they lose their forward transports they are in for a world of pain.

Killpoints
I think this is also fairly simple as IG give up a lot of killpoints. I have been reconstructing my list to eliminate easy killpoints for my opponents—for example I only run two mycetic spores now and I play more defensively now forcing my opponents to come towards me and my army is composed of 12 killpoints. Versus IG for me in regard to this objective (assuming it’s the sole objective) I mainly want to make sure I have a few units left by the end of the game which is not too hard to accomplish if there is some LOS blocking cover.

Closing Thoughts
I have been able to playtest a good number of times now versus mechanized IG and based upon my experience my toughest matchup is still versus Grey Knights followed by Space Wolves then Imperial Guard. Remember what I said in the beginning—25 percent of the table should have terrain with some blocking LOS. I have become more of a defensive player now using this style of play in combination with an army that can be fully reserved. I may start with up to two units on the table but only if my opponent can’t shoot them the first couple of turns… So I have some options how I start the beginning of the game which is very helpful. I have four scoring units which is enough for Capture & Control plus Seize Ground. I have some more shooting now in the form of Hive Guard which are very good at what they do best—popping lightly armored transports. The army has come a long way since the beginning and is definitely headed in the right direction. Some of the major modifications to my army list are based upon advice from other Tyranid players such as Hyv3mynd who also believe that the codex is competitive and have solid winning records at major events.

BBF out.  What’s your strategy with placing objectives vs fully Mech IG?