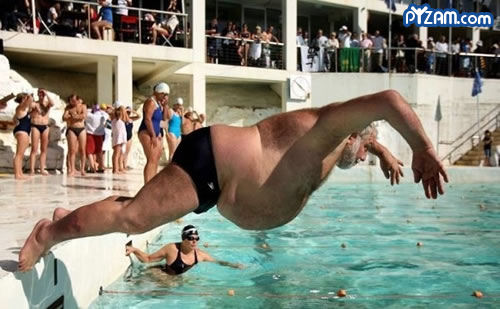 Goatboy here. Today I want to talk about the whole 2nd, 3rd, and way too late wave miniature releases we seem to be subjected to with GW lately.  The question I ask – are the waves even worth it?

Let’s look at one of the biggest WTF moments from these past years. We all remember when the Space Wolves came out and we had the first glimpse into a “new” unit option – the Thunder Wolves. They were big, hulking monsters that we had one “model” for. It was also one of the coolest options in the book and something every wolf player wanted. It makes no sense that a such a big “Jawesome” modelt was left out of the initial release window. Everyone and their mom scrambled to create some kind of option for this unit and I feel this lead to one of the major fights GW has had to go against with the rampant production of 3rd party models. This was also one of the times that a major push of “counts as” armies started to come to the front as people wanted to play with all the parts of the book and just didn’t want to reuse one metal model to represent it.

We have all beaten the counts-as theme into the ground. We know what it is and we either loathe it or don’t give a rat’s ass about it. Really all I care about in the end is just having cool models to paint up and play with. Lucky enough for us, there were enough suitable substitution GW models to use to create the unit and still allow the players to play with the options. So is the upcoming rumored Thunder Wolf release going to be worth it? I don’t know, but if the models look goofy then that is a big no. Hopefully will get 3 in a box for under 50 bucks and call it a day with all the options and dynamic monster wolves.

This leads us into the other rumored and much needed model – the Tervigon. The difference between this and the Thunder Wolves is that the Wolves are a decent option for a “good army” and the Tervigon isn’t as much. The Tyranid army is just not flexing its muscles and that particular unit is not winning games. This makes this model release not nearly as exciting as it would of been if the model came out a few months after the book released. I know Games Workshop likes to keep the consumer coming into the store week after week getting small bits here and there. This trickle purchase is how they want to hook people in. I just don’t like it when they have such a “splash” unit from a new book not available to purchase. I think if the model can be a core option then it has to be out at the same time as the book is out. It just doesn’t make any sense.

Your core is so important to any book that limiting that on release will completely change how you can truly play your army. With that in mind though since the Tervigon ship has set sail for the most part. Most people are not running as many and easily converting the knocked up hill billies of the Nid book. So this “release” is not nearly that important. The rumors point to the model not just being a Tervigon kit and instead a mixture of that model with something new not from the codex. This could be great as hopefully the other kit will be something awesome and make that model a must have option. Or maybe it will just be a Tyrannofex and will call it a day as the kit sits on your store shelf crying as its baby daddy isn’t calling it’s fat butt.

The Dark Eldar book on the other hand was a great example of a model release done right. There is very little left undone in the book, just some bad special characters. The models came out fast enough to keep players on a track to getting everything painted and all the options were represented quickly. The Battlebox was a bit slow but still if you wanted to get in on the army quickly you had options to build up a force efficiently. It might have helped that the product line was worked on for so long that all the parts were easily designed and quickly reproduced. It is my hope that the newer releases will continue to follow the Dark Eldar  line of thought and produce all the options needed every few months to quickly sate our modeling needs.

The Necrons are reaching that point with a lot of why’s being asked when one of the big, neat options in the book not represented right when the codex came out. The Night Scythe is a big model that would have helped create some excitement for the new book. There is also the Triarch Stalker as well as the Wraiths and Tomb Spyders. All of these options should have been loaded and ready to go for release soon after the book came out. The latest glut of 3rd party products has become interesting as the desire for all options available creates a new market for the always impatient players. I just hope we do see that Necron 2nd wave in March like the rumors keep talking about.

Has the slow trickle of models changed your mind when starting a new army? I know I like to convert things but it would be create to convert models to be more dynamic rather then just covering the need for a hole in my codex. Do you enjoy coming up with substitutes for the missing tools you need to crush your enemies in the Grim Dark future of 40k? What do you think of these waves? Do you wish they were more frontloaded, or spread out over years?