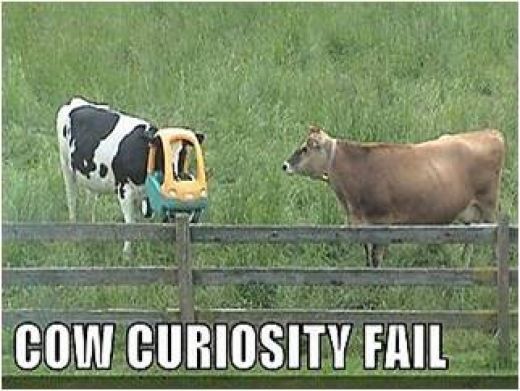 Goatboy here again, chatting about 40k and the Sacred Cows we promote, love, and cry over when they are dealt with.

A Sacred Cow is any unit you put on a pedestal and consider to be best of the best. This unit/option is the Goose to your Maverick. It is the option you always consider mandatory for your ass kicking army, and always seems to find its way into every one of your lists.

The problem with the Sacred Cow is that it might not be good. It might have randomly broken the bell curve of dice rolls, and pulled out a victory for you in a hard fought game for the last decent beer in the fridge (like Breckenridge’s Agave Wheat beer). It could have won you the game during any of the awesome Indy GT’s we have floating around. It really is just a unit that, no matter what, is the ultimate bad asses of super bad ass super kicking awesometude.

It can be interesting trying to find the Sacred Cow in your opponent’s list, and taking care of business. Nothing is worse then having your King Awesome either get punked out, or left out of the fight. I have won many a game by just abusing the run rule; dragging that bad ass around the board as I back up and keep them out of that lovely 12 inch range. Abaddon doesn’t like to be left hanging in the wind. I have won several games by a lucky JaWs or Warprift removing the offending model from the game. You can see the opponent’s face drop as you’ve taken the wind out of their sails. I have lost a lot of games this way, too. One is on video – I watched my ace in the hole die to a random spawning. A lot of times, even if you lose, if you take out this Sacred Cow you have won the game in spirit.

Let’s look at some Sacred Cows.


1. Wolf Lord + Friends of Nonsense.
You know this unit because everyone and their mom wanted to run around with bad ass Viking knights on cybernetic monsters. This was the unit caused a lot of anger because sometimes you just couldn’t fail that 3+ save on a 100pt+ monster. Then there were the games where someone shot you a few times, you rolled a lot of ones, and the unit of doom got scared and ran off the table pooping themselves.

2. Paladins
I know I play this unit from time to time, but I like to use this as a big sponge that will hopefully be dead by the end of the game. A lot of people think that these guys are the ultimate bad asses. Trust me: they hurt, but two attacks is pretty craptastic on a 55+ super dude. You would think after all those years of training, sacrifice, and genetic voodoo you would have more attacks.

3. Space Marine Biker Honor Guard
I have played this unit, too. I just imagine the days of shooting across the field, making all my 3+ saves, and kicking some Xenos butt. When I played them I would end up driving over terrain, rolling some 1’s, then rolling more 1’s and 2’s, and then rolling an 11 to run off the board. This has happened more than once, and it just goes to show that Goatboy is supposed to lose sometimes.

4. Mephiston
I remember when this guy came out, and everyone was scared of the Super Space Vampire. He works pretty well in most cases – he comes in, hits that crappy MSU unit, and makes them all wish he wore less mascara so the beating felt less embarrassing. Still… after the smoke and glitter clears he ended up being fairly easy to deal with – cover him in melta, plasma, or powerfists. You would think he would have invulnerable glitter or something.

5. Vect
Man, this guy can be so good at times, but when you roll that 1 you remember that he only has one wound most of the time… and that wound loves to eat that power fist. Every once in awhile he gets the wound taken off, and he gets to run around and gain more lives; mostly he comes in like a boogey man that gets squished when the lights come on, though.

6. Abaddon
We know this guy can be awesome, but how many games have you had with him in which he is fighting with his sword like it’s a bad daughter on Facebook? Most of the time I get him out of his ride, feed him something squishy, and then ping him to death with fire as he ran around the board angry with life.

7. Fateweaver
Trust in the re-roll, and everything will be ok. Why doesn’t the reroll work for me? Every time I have played this chicken I end up feeding it to bolters and calling it a day. But, when one is thrown at me I can’t put a bullet in his chaos egg filled belly. Still you have those games where he can’t die, and your army is immune to the law of averages.

8. Nobz
The original bad ass on the tournament scene; these guys went from being the “s$%t” to just a fad. Sometimes you would just not fail that 3+ and roll over everything in your way. Other times you watched as your nobz get JaWs, Difficult Terrained, or just plain beaten in combat by rerolling to hit Termies. I have a crap ton of these jerks made, and there isn’t a day I think about the times I went zoom-zoom across the field to victory.

There are others that are not as obvious, but they all fit the same build. We think they are super awesome, but in reality they are not nearly as good when math gets involved. Sure, you can have some fun with them and cause headaches every now and again, but in the end they just that – a Sacred Cow you mostly ignore.

I think all armies should be designed to work without their Deathstar, bad ass, or extremely annoying unit. Lately I have been trying to build lists that utilize these guys in ways to keep my opponent busy as I move around the board and try to win it Fritz style.

What Sacred Cows do you just love to throw down with – and how do you killem?