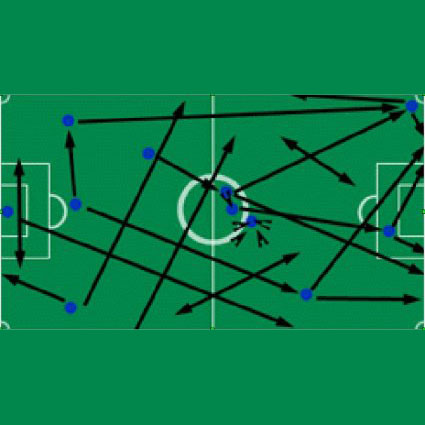 Hello everyone, Spacecurves here with another tactics class. Today I’m going to discuss how I’ve been using Scarabs in my Necron Army.

By this point every 40k players knows that Canopytek Spyders and Scarabs are excellent units. Most Necron armies will have some, and many armies take as many as they can fit.  Scarabs can shred any vehicle they touch, and can overwhelm almost anything else through sheer numbers.

The way I have seen most people using these units, it taking one unit of 10 scarabs, and three units of three spyders. This gives you an intimidating 9 extra bases per turn! That’s a 135 point advantage over your opponent that builds every turn. It can be truly overwhelming, but here is the catch: Once that scarab unit charges something, it is most likely going to be too far away from the Spyders to receive reinforcements.  Scarabs will be dying in droves to any savvy opponent, so even a squad of 30 bases can easily get wiped out in a couple assault phases. After that initial charge, you are wasting all the potential of your spyders, since they cannot create new scarab units, they must add to existing ones.

Instead of one unit of ten scarabs, take three units of three. The initial size of each squad becomes increasingly irrelevant as the game progresses. You are adding nine bases a turn remember!  Having three squads lets you use your scarab units like the missiles they are meant to be.  You can “fire” a scarab unit, sending it charging off into the enemy ranks, and still be producing more scarabs. With three small units, you can do this twice, and still have a squad left to beef up for a devastating late game charge.  In my games, I usually send off my first scarab unit on turn 2 to mess up a parking lot or tie up an assault army. Then another squad on turn 3, then my last squad on turn 5.  That last charge on turn 5 is often what seals a victory, my opponent’s army is going to be depleted by that point, and usually can’t handle another 21 scarab bases throwing 100+ attacks and contesting every objective in a huge area.

The latest GW FAQ for Necrons thankfully clarified the issue of how to place newly created scarab bases. The conga-line of doom is no more, instead you are required to put down bases in coherency with existing models.  This makes it a lot trickier to maximize scarab production, because not only do all your spyders need to be within six inches of the scarabs, the scarab unit needs enough empty space around it to place the new models.

I have developed the following tactic to get around this problem. Here is how I deploy my spyders and scarabs at the start of the game.

I have formed the units into interlocking triangles. The center scarab squad is within 6 inches of every Spyder, so that if I choose, I can add all nine bases to that unit on turn 1. Every Spyder unit is at maximum 2 inch coherency, so the scarab bases can move between them. Also notice that every scarab squad is getting cover from the spyders. Until the scarab squads get beefed up, they are more vulnerable than the Spyders. However, early game assassination of Scarab units should be very rare thanks to the two solar pulses I think are required for every Necron army.

The picture below shows the formation after one turn. I have added three bases to each scarab unit to make them much harder to kill, and get every scarab squad within 6 inches of at least six spyders.

As the game progresses you can fire off the scarab units as needed, and always be maximizing your production of more robo-bugs. It also means that the enemy can’t charge your spyders, and any enemy assault unit has to kill more than 9 bases a turn to make progress against the swarm.

Hopefully this article has helped all my fellow Overlords get the most from their Scarabs. Remember, multiple smaller units of scarabs are better for seeding the Spyder factory than one big squad, and use the formation described above to make sure you pump out nine bases every turn.

I hope this article helps you in your next 40k game. As always, feel free to drop me a line at [email protected]
-Spacecurves