One of the most interesting parts of WFB is arguably the magic phase.  Using the winds of magic, you can try to boost your army or devastate your enemy, all the while risking the safety of your wizard and the men around him.

It’s Tuesday, and that means another WFB tactics post from me, Adam B from TheDiceAbide.com.  The magic phase is an incredibly important phase of Warhammer, even if you aren’t building a magic heavy list, you still need to be able to at least defend yourself a little bit, allowing your opponent to cast without resistance can just demolish your army.

When you are using magic, you are usually rolling your power dice against your opponents dispel dice, and the casting army nearly always has the advantage in number of dice to roll.  Typically, your opponent will have about 6-8 power dice, and you will have 4-5 dispel dice, this means that unless your opponent fails to cast a spell, you’re going to have to decide which spell to let through, which is almost never benign.  But before we get on with that…

First of all, the average magic phase will be 7-4, and in general, you can almost always expect your opponent to have at least 3 more power dice than your dispel dice (except on very poor rolls), and on doubles, sometimes more than that.  When you are casting a spell, you can imagine that each dice is worth 3.5, so to cast a spell that needs a 12+, you should expect to roll at least 3 dice with a level 4 (3×10.5+4=14.5, 83.796% of success), though rolling 2 dice, would still have a 41.6% chance of success.  I found a very handy chart which you can find here, which shows the probabilities of rolling a certain number on up to 6 dice.  If you fail to reach the casting value of a spell, you will not be able to cast any more that phase (with that particular caster), so it is very important that you roll too many, instead of too few.  All of that goes for dispelling as well, if you opponent casts a spell on a 14, and you are a level 4, you will probably want to throw at least 3 dice (62.5%) though 4 dice would be much better (90.3%).  Since this is a game of dice, it’s all about probability and odds, so the better understanding you have of that, the more effective you will be in the magic phase.

A very key element of the magic phase is bluffing.  Your opponent knows how many power dice you have, how many dispel dice they have, and they should also know all the spells your casters have, as well as their respective wizard levels.  This means that all the cards are on the field, there is nothing to hide (except the occasional magic item), so what you need to do as a caster is to coax your opponent into over committing dispel dice, or to trick them into letting spells go which may be weaker to save dice for any big scary spell you may have.

I’ll give an example with my Beastmen.  Typically, I take 2 level 2’s with Lore of Shadow, and a Level 4 with Beasts, generally that gives me a bunch of buffs/debuffs (double miasma, wild form, enfeebling, etc.), plus the odd Beast spell which may be intimidating (savage beast of horros) or the classic Pit of Shades.  By casting Miasma on 2 dice, averaging a 9, my opponent has a choice, even with a level 4, to dispel Miasma reliably, it would take 2 of their likely 4 dispel dice, nearly half their magic defense gone just to keep their WS from being lowered, so they let it through.  Then I throw 1 dice at casting it again with my other Shaman, probably ending up with a total of a 5-6, which they can easily dispel with 1 dice, but that would leave them 3 to 4 when I throw Pit of Shades or Savage Beast out there.  Not wanting to let that happen, again, they let miasma through.  Now I throw either all 4 dice at a big spell, or go for 2 more smaller ones (wild form or enfeebling), and at this point, the opponent realizes that I wasn’t going for a big spell and they end up using 3 vs one of my less important buffs.  Usually right about now is when they realize that my seemingly poor Gors are hitting on 3’s with re-rolls, going first and being wounded on 5’s, which doesn’t make my opponent happy.  There are a million different ways to do this, and everyone has their own strategies, but the best players are able to bluff and convince you that the spells they really want aren’t the ones you should be dispelling.

So with magic, comes magic items.  There are a handful of items worth mentioning, as they can have a major impact on your magic phase:

Dispel Scroll: The humble dispel scroll, a relatively cheap item that guarantees one spell per game isn’t going to happen.  This wonder item can really save your life, consider this common scenario: your opponent rolls double 5’s for power dice, or channels off of a 9, either way, they have a lot of power compared to your limited dispel.  They get you to use up 2-3 of your dice (and they use 2 of theirs in the process), and not wanting to fail, they throw 5-6 at their next spell, Dwellers Below, no double 6’s, but you couldn’t possibly stop them now!  Dispel Scroll to the rescue! Now only did they waste all those dice, but now you’re probably going to have just as many dispel dice as they have power dice left, for 25 points, you neutered their magic phase.

Annulean Crystal: This terribly obnoxious piece of equipment steals an opponents power dice to give you an extra dispel dice, add on top of that, High Elves are already getting +1 to dispel.  This one item taken on a level 2 can really be a pain in your opponents neck, and actually provide a decent magic defense, despite it’s relatively low point cost.

Standard of Sorcery, Casket of Souls, Power Familiars & Priests: Anything which generates D3 extra power dice per turn is gold in my book, this can take you from a 1 dice lead to a solid 4 dice lead, or take your 3 dice lead and put you with 6 more power dice than your opponent has dispel dice.  Even a power familiar one extra dice can change an entire phase.  On the other side of the fence, Empire and Dwarf priests are adding a set number of dispel dice, which is also extremely obnoxious, especially when the dispel pool is greater than the power pool.

Jagged Dagger / Shard of the Herdstone:  These both can add a large number of dice in each of your phases, the first relying on killing in combat (actually not that hard for a Great Bray Shaman) or simply having a bunch of goats standing around a rock.  For Beast players, I always recommend one of the other, depending on the play style of your particular list.

Many more: Nearly every army has some sort of magic item that either makes you cast better or dispel better, and they can be very important.  If you are taking an army without a lot of magical offense, you should beef up your defense in every way that you can with magic items, and if you’re taking a magic strong list, you really have a lot to benefit from getting as much additional boost as you can get.

The magic phase can really make or break your army, it’s cruel, unrelenting and unpredictable.  The key thing to keep in mind is trying to understand everything your opponent has at their disposal, and to pick your battles.  If you truly can afford to be WS1, letting Miasma through may save your butt from a Pit of Shades, though you never know all the plans your opponent may have. 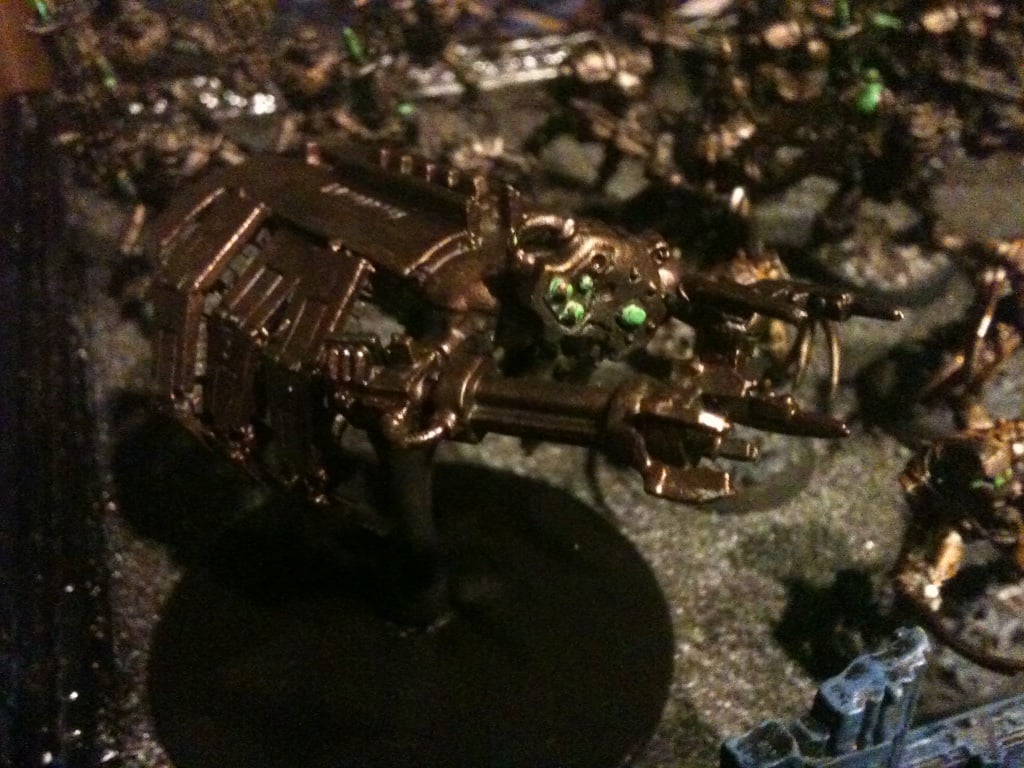