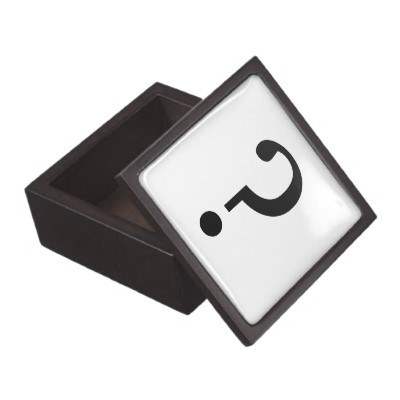 MBG here with a little new stuff diddy.  First off let me say that I have no concrete facts to back any of these predictions on (or where I heard the facts that I do have, I can not say).

Why should you even listen to me in the first place?  Well I’ve been pretty much in the trenches, so to speak, retailing Games Workshop since they changed to a more business orientated stradegy back in the early 2000’s. I’ve also been in “the game” of Gaming Stores in general since they first started cropping up, en masse, in the late 80’s  I’ve seen armies and stores come and go, and heard more than my fair share.

Haven’t we all though right?  I’m sure we could all fill a blog ten times over with our own game shop memories.

What I do know is that, Games Workshop for the most part seems to stick to a semi-rigid release schedule. Big armies in cetain months, followed by splash releases in others.

When Fifth Edition hit, it came out in early summer which surprised a lot of people. Most expected it to be released the in late summer of 2008 following the trend set by third and fourth.  Regardless it was a great release for a great game.

Fast forward to 2012. We all thought Templars and Tau were on deck, so to speak. Proof of this was fact that their FAQ’s were not updated recently. A valid point that does have merit in my opinion, but now some of the rumormongers have been dis-proven.

So where do we stand?

With the surprise releases of Lord of the Rings in January, it seems as though GW is trying to lay the foundation for some Hobbit miniatures to be released perhaps coinciding with the movie this December.

Keeping that in mind, what does that mean for the “normal” release schedule? Well if I was a betting man I would say it’s going to move everything up sooner!  Sure we may get our usual BIG army release in November, but December and quite possibly beyond could be the time of the Hobbit! Recently we saw the delayed releases of Tyranids and Space Wolves, which is awesome. A great shot of energy into some “older” armies.

In this business something is better than nothing, and personally being a dual retailer of bits and sealed product- I will take whatever 40k release I can get.

Plus I play ‘nids too, which has me all sorts of excited, as all weekend I’ll be bits-ing out all the new kits!

First off  following the initial Dark Eldar release in 2010, we had Skaven Wave 2 in January 2011 (of which the majority subsequently went to Finecast in May).

February had Blood Angels Wave 2, which consisted of the Battleforce, Stormraven, and Furioso Dreadnought.

March of 2011 was Orcs and Goblins with the Savage Orc releases, Spider, and Army Book,

April 2011 was the month of the Grey Knights, as it forever will be known.

May 2011 was a shotgun blast month, and saw the release of Tomb Kings; Tomb Guard, Sphinx, Necropolis Knights, and about 100 new items as GW unveiled FINECAST at the end of the month.

And to make that time of the year even more exciting (I know it was for me, cause I got way behind on a ton of stuff including the Heroes of Armageddon project), a week later in June, Dark Eldar wave 2 hit; Venoms, Scourges, Talos, and the Razorwing! Oh yeah and Storm of Magic too, sigh. Crazy times….

But the rest of the summer was quiet though, until August with the drop of Vampire Counts Wave 2;  Cairn Wraith, Zombie Dragon, Tomb Banshee, and Garden of Moor (one of the best selling terrain kits I have even seen- BTW). This was also the big change in format of the White Dwarf to feature more content etc.

We’ll just stop there for now, cause Sept- Dec is a whole different animal at least in the Gaming Retail World. Now that we have a baseline, let’s break this down now. Summers are notoriously slower for releases. Why? well people are all out doing stuff, spending money, going on vacations, and just enjoying themselves. It really takes a complete rules release or campaign set to get them to take notice of new things during this time.

So we have that to infer from that Sixth Edition 40k will be released this summer, check. But when exactly is the big question.  My gut is telling me early summer. Why?  Well because of the Hobbit miniatures that will be coming out later in the winter. Keep in mind also that GW’s fiscal year ends May 31. So theoretically…. they could release Sixth in May if sales are looking lower that projected for 2011, or wait until their 2012 starts to get a nice bump to ride until the Hobbit sales take off.

Seriously though, what do we care either way? We’re all going to buy it. Then when the new starter box comes out months later (which is usually during the slow months of Aug/Sept), we’ll buy that too cause of the new shiny models.

What does matter to me, and probably only a handful of other like minded individuals, is the GT circuit.

I hope that Games Workshop takes pause to consider the new fledgling Indy Grand Tournament scene that has sprung up, in the aftermath of them pulling out of organized competitive play in the US.

There are a ton of tournaments this summer, one (or more) of them is sure to be “affected” by the release of a new rules set.

That will always be the case though with new rules sets, as the Indy circuit starts to grow and take root. Summer is prime time for tournaments, and just doing stuff in general (and releasing new rules sets).

An optimal release for players and tournament organizers IMHO, would perhaps be the first week of May, so that WarGamesCon almost two months later in the end of June would be “seemingly” unaffected by the switch. July sees the American Team Championships, and September is Nova Open.

There is one tiny problem with that though, the first weekend of May sees the release of a new Magic the Gathering set, which for most Indy game stores (rumored to be 500-800 in the US) takes up a considerable amount of their resources. So I’m going to point my sword to the middle of May as my projected release of Sixth.

Stores will be fat with their Magic card profits, colleges start to get out of school, and it gives tournament organizers valuable time to uh, organize. And it gives us all summer to buy more plastic mans to change up all our armies if the new rules are as rumored.

This could be a huge fiscal year ender for GW, and great bump in sales all summer as people adjust (i.e. buy more stuff) during a traditionally slow period for gaming.

I want to point out what my “slow” means here.  It is true that more people are patronizing local stores during the summer months, as they have no school/ work etc. By slow I mean it’s normally just a drought for new exciting things, and organized play.

From an exterior view of things as game store owner, and not part of Games Workshop, I think this would be the most beneficial release date for all parties- from manufacturer on down to players. It would be nice to see it happen, but hey- who knows, really.

Author: Robert B
Robert is a veteran tabletop and miniatures gamer, and writer with over 20 years of experience. His specialtiesies are the worlds of Game's Workshop's Warhammer. He began writing for BoLS In 2010.
Advertisement
Editorials Miniatures Warhammer 40k Warhammer Fantasy
Advertisement