No this is not another batrep… Heh. Let’s take two units from two totally different codices and compare them.

The Devilgant is a termagant armed with a devourer which basically doubles the cost of the model – why would anyone ever do that? The devourer is a S4 three shot 18″ ranged assault weapon. A large brood of devilgants can generate a large number of shots and has decent range (24″ = 18″ range + 6″ move). I like to run my brood in a mycetic spore so I can isolate small squads and shoot them. The spore makes it relatively easy to target an exposed unit which I’ll discuss in more detail below. To me and the way I play my army (no Tervigons) the devourer is the better choice compared to the stock fleshborer.

Purifiers have access to all of the best options from their codex for very cheap. Let’s also assume for the sake of this discussion that the Grey Knight army has Crowe (which is often the case) so the Purifiers are a scoring unit (i.e., troop) as well.

Here are the two configurations I have chosen for each unit based upon experience:

There are certainly a myriad of other options – especially for the Purifiers – I chose these since the points for each are similar in cost, this is a standard build I often see for Purifiers and this how I run my devilgants. The familiarity makes it easier for me to compare them. Both units cost are in the same neighborhood for the points, both are troops and both have a form of transportation. That’s about at close as they get for the purpose of comparison without scratching the surface. The Purifiers are both a jack of all trades and also are a master in all ways – they can shoot down anything and excel in melee for a moderate cost. On the other hand the termagants are only good at shooting infantry units in an offensive mode. While the mycetic spore lets you place the devilgants where you need them the most (barring an awful scatter) it is also an easy killpoint. The five man squad of Purifiers is the quensential unit from the viewpoint of min maxing for 5th edition. If the two units were to face off versus each other in melee it’s quite clear the Purifiers would quickly come out on top while suffering minimal losses.

If we take a couple of steps back and compare each unit as a part of its army then we can draw more relevant conclusions and to me these are more important when it comes to analyzing competitive play. If we just compare them in a vacuum then we are obviously missing out on the bigger picture… For instance while Purifiers are inherently fearless the same can be said about the devilgants if they are within range of synaspe. Fifteen fearless devilgants in cover can be hard to shift unless you are willing to engage them in assault then your assault unit might quickly fold versus a counter attacking enemy dedicated melee unit such as Genestealers. To engage the devilgants in melee means that you are willing to expose a unit to following counter attacks. Depending upon the circumstances I’d be more than willing to trade a big brood of devilgants to bait an enemy unit… It’s just like chess when you sacrifice one piece to gain a strategic advantage.

Another piece of the larger equation which accounts for more variables is how much time and effort does your opponent require to eliminate the brood – the longer it takes the more effort they must expend. Fifteen devilgants in cover that are fearless and have gone to ground can stick around a long time and they can hold an objective all the while. If they are strategically placed on the table you can force your opponent to make tough decisions – the harder the decision the more likely your opponent is to make a mistake. Capitalizing on your opponent’s mistakes can lead to victory. Of course we should consider that the opponent might have some templates (e.g., flamers) nearby so either we need to keep the termagants spread wide apart or following along with the philosophy that discretion is the better part of valor it might be the wiser decision to place the termagants a safe distance away. You have to weigh the potential risk versus the loss and then decide what you think is the best course of action. There is little if any value throwing away a unit with no gain.

Time is a big factor and more so as the game continues to progress. The longer your unit can survive equates to more effort on the part of your opponent to eliminate that threat. Every turn the devilgants continue to stick around can be more ticks of the clock in your favor. I’ve won my share of games because one or two devilgants made it to the end of a game and held an objective.

So devilgants have the ability to perform multiple roles—obviously the same can be said about Purifiers and even more so. Tyranids are meant to be played as a synergistic army—most units rely upon some sort of support from another unit to accomplish any given task. It is this aspect more than anything else that can make Tyranids perform at a competitive level. This is the reason why I feel confident versus Grey Knights, Imperial Guard and Space Wolves… Not because I’m playing someone who doesn’t really know what they’re doing.

Each squad of Purifiers is comparatively an army of one – they don’t need the level of support required for a brood of devilgants and from a strategic point of view that is one of the big reasons why they can and do often win games. In my opinion neither is better… One is better than the other in the hands of those that play them correctly depending upon the prevailing circumstances.

The five man squad of Purifiers should roughly suffer 4 unsaved wounds and they’ll most likely lose one or both psycannons and the Keeper of the Flame. So while the devilgants have not wiped the Purifiers they have rendered them fairly useless and under many situations it wouldn’t be all that hard to pick off the lone Purifier now. The trick of course is to create a set of circumstances that lures your opponent into disembarking the small squad of Purifiers—of course you could just use brute force and crack open the Rhino via shooting (e.g., Hive Guard). In conclusion the devilgants are good at picking off small isolated MEQ units. They can be highly survivable if placed in cover as well and hold objectives. On the other hand the Purifiers can be more fragile due to their small size. So while hands down the Purifiers are the overall better unit that doesn’t necessarily mean that the devilgants aren’t worth their points as well. Overall you should look at how each unit integrates with its parent army to best utilize them.

The floor is your’s Generals.

Author: Steve Turner
Steve turner is a competitive Warhammer 40k player and avid hobbyist. He has been actively playing for over 20 years. He began writing for BoLS in 2013.
Advertisement
Editorials Grey Knights Tyranids Warhammer 40k
Advertisement 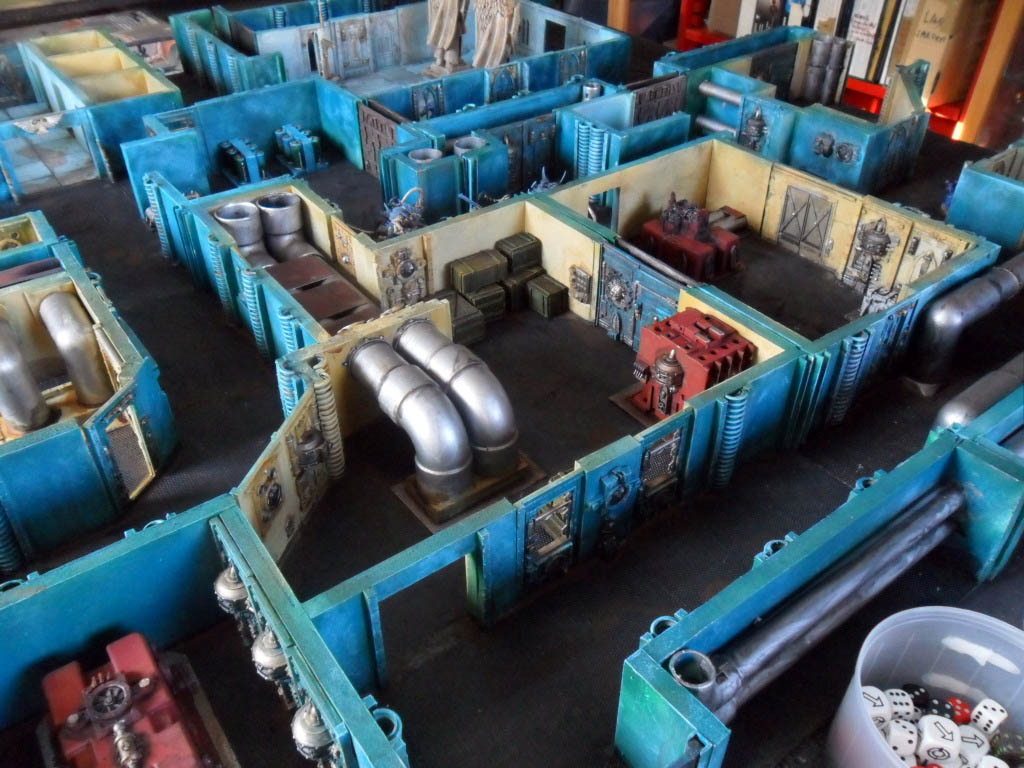