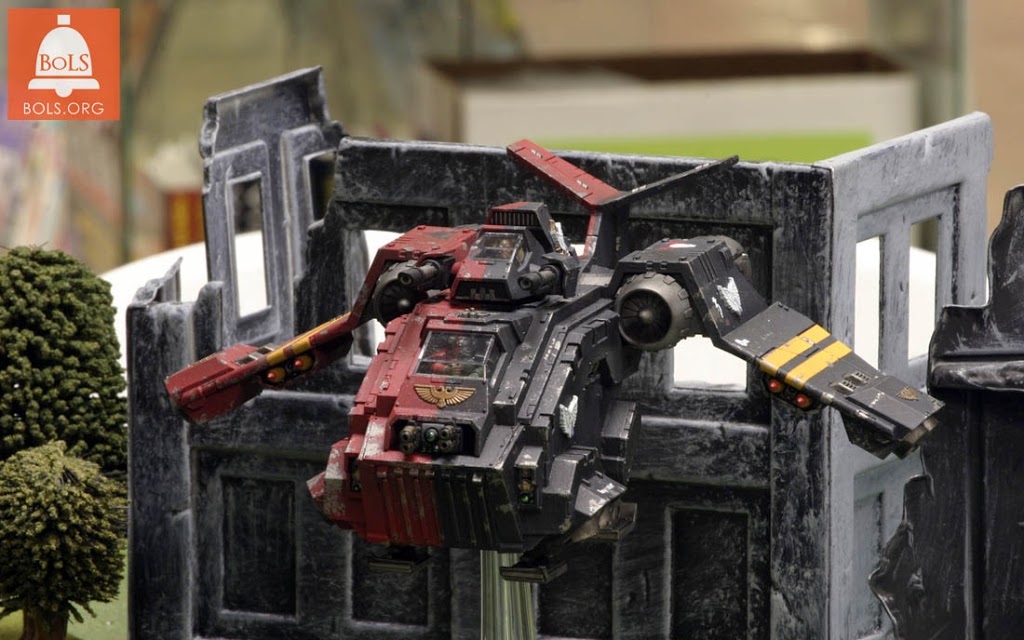 It’s so nice to see a dedicated hobbyist doing one of the Blood Angels successor chapters.  Lets take a look… So when I got back into 40K after a year and a half of not playing, I wanted something that was fast and packed a punch in close combat. So what better than Blood Angels Chapter. Picking the Angels Sanguine wasn’t hard at all because I loved the half black and half red look. Plus they never take their helmets off in front of outsiders. So I picked the Angels Sanguine because they were cool and the codex fit what I wanted to play.
So when I started building this army I forgot how much it cost. It is like playing golf! When I first started buying stuff I bought what looked cool instead of what works. That is the reason it took 14 months to build it all up. The painting was done by my buddy Beamo over the course of 7 months. The Librarian is the center piece of my army. Before Beamo went to paint it I tried and failed to remove the Librarians head. Let’s just say the only thing I removed was blood and skin from my body! So I gathered bits up that I wanted to see on a new Librarian. Beamo did a great job on building and painting the Librarian. Thanks everybody for viewing my army. I especially like the nontraditional take on modeling Scouts as well as having the guts to paint a dedicated Stormraven for the Death Company.  You rarely see stuff like that these days, when everyone seems to paint things in a “generic” fashion, so they can rearrange army lists at will.  BRAVO!
-Have at it folks.