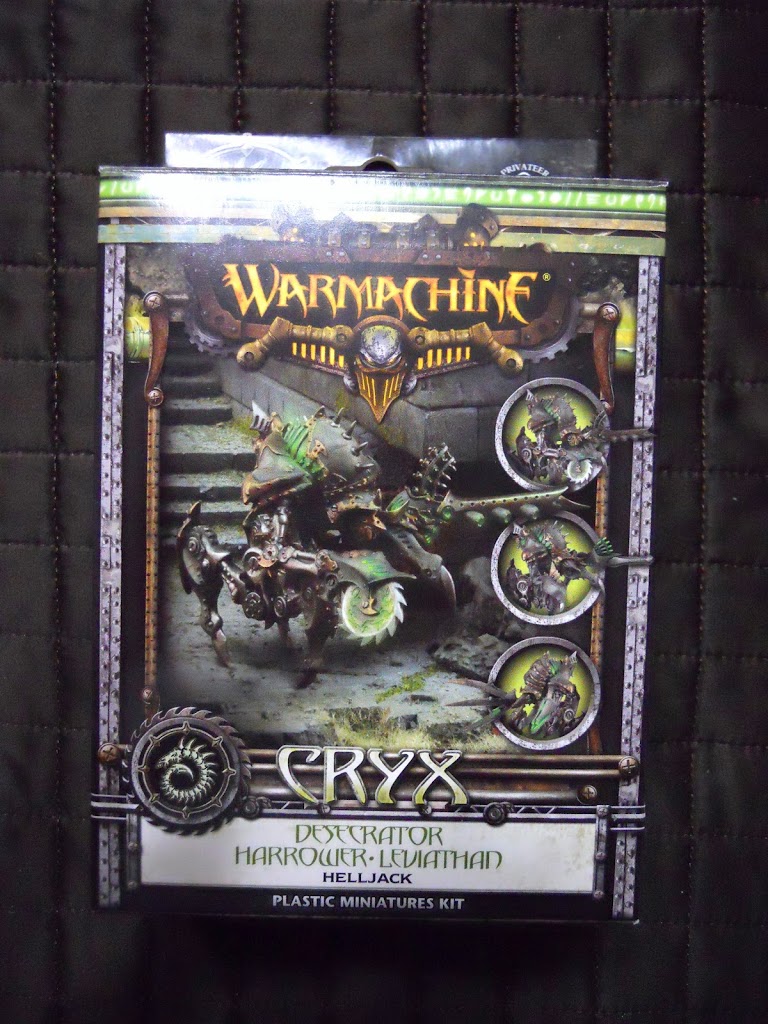 Cryx is the next faction in line for a new plastic heavy ‘jack kits.  This May sees the release of the much anticipated Desecrator heavy warjack, along with plastic resculpts of the already existing Harrower and Leviathan. Like other recent plastic Warmachine releases, this kit comes as a sack of parts. Laying everything out shows you just how much stuff there is inside. The new Desecrator will be sporting this delightfully wicked buzz-saw…

as well as this rather bizarre looking gun. The Desecrator head is in the middle here. And here’s a picture of one of the new legs to show off the detail in this kit. This is the torso. Here’s the carapace for the Harrower. And this one is for the Leviathan and Desecrator.  Do any of you Cryx players notice anything about either of these?  That’s right… there’s no giant piece of sprue stuck in the middle of it that you’ll have to file off.  I think we can call that progress. My last close-up is going to be of the Leviathan’s Spiker here. I really like the clip on this guy.

~ I’m not exaggerating when I say I think this is my favorite plastic ‘jack kit so far.  The Cryx spider ‘jacks were already some of my favorites, and these new plastic ones seem to have every bit as much detail as their predecessors.  And if you don’t play Warmachine, I think this kit probably has the coolest bits for anyone wanting to do conversions.  So lets hear your thoughts… Sound off below!