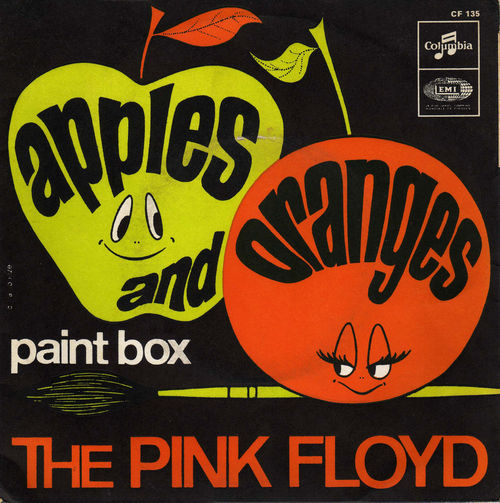 Units of Monstrous Cavalry seem to be the latest craze in 8th edition, and for good reason, they look awesome and are devastating on the field!
Hey everyone, it’s Adam from TheDiceAbide.com, and now that the new Empire book is on the shelf, I figured I would take a minute to look at the Demigryph Knights, as well as the other Monstrous Cavalry out there.  As far as I can tell, a complete list would be: Demigryph Knights, Mournfang Cavalry, Necropolis Knights, Bloodcrushers, and the two flying MC units, Warhawk Riders and Pegasus Knights.  Since Warhawk Riders and Pegasus Knights are so totally different, I’m going to leave them out for this discussion.

First of all, lets talk about what Monstrous Cavalry does for you.  Aside from looking awesome and being on a huge base, Monstrous Cavalry is like any other cavalry, except that you get Stomp attacks from the mount, and up to 3 supporting attacks from the riders in the second rank (note that the mount still may not give supporting attacks), and probably most importantly, you will use the number of wounds that the mount has, if the mount has more than the rider (but not the Toughness).

These are the new kids on the block, sporting an impressive 1+ save and a fairly standard (for Monstrous Cavalry) 3 wounds.  The rider is a bit less than impressive though with only a single attack at S6 on the charge, or S5 with a halberd (though also reducing their save to 2+ in combat).  The mount however is probably the most impressive in this category, with an outstanding WS4 S5 I4 and armor piercing with it’s 3 attacks (and stomp).  Because of it’s rider only having a single attack, it is never going to be worth it to take more than 1 rank of these super knights, as you will be paying close to 200 points for another rank of 3 to just get +1 combat resolution and 3 more attacks, instead, I would run these in units of 4.

No lies, these are my favorite (I may also be a bit bias).  They can have an impressive 2+ save, 6+ parry, T4 and W3, on top of dealing D3 S5 impact hits, each model has a total of 7 attacks (3 rider and 4 mount), plus a S5 stomp.  They do have the option of taking a great weapon on the rider, but unfortunately that will cost you a point of armor save and your parry, so unfortunately, I think that it is just not worth it.  Additionally, the Heavy Armor is also optional, but I can’t imagine skipping it on these monsters, out the door they should always have Heavy Armor and Iron Fists unless you have some clever plan that needs the great weapon.  Being arguably the most powerful Monstrous Cavalry also means that they are the most expensive, so similar to most other Monstrous Cavalry, I don’t often find it worth the points to rank up.  That said, since the riders can make their full number of supporting attacks, it’s not exactly terrible to take them in units of 6, though I prefer 4.

While they aren’t quite as tough as the previous choices, with T4 and a 3+ save, Necropolis Knights are still a very interesting unit.  The rider has 2 attacks and Killing Blow, while the mount has 3 attacks with poison.  Their point cost is a tad on the high side, getting close to the Mournfang cavalry, the riders have a nice WS4, with S5 on the charge, and a decent I3.  These are a great balance between offense and defense.  Having Poisoned Attacks and Killing low on this unit does set them apart from the other Monstrous Cavalry quite well, since that gives them the ability to hunt down enemy monsters and characters, where the Mournfangs and Demigriffs may struggle.

The Khorne Bloodcrushers were Monstrous Cavalry before it was cool.  Compared to the previously mentioned Monstrous Cavalry, they are considerably less survivable, only having a 4+ armor, 2 wounds, but the ward save helps a little.  On the flip side of the coin thought, they have a very high WS, the highest strength of any monstrous cavalry and killing blow on the rider (like the Necropolis Knights).  Like the Necropolis Knights, Bloodcrushers have .  They cost as many points as fully upgraded Mournfangs, but they can dish out a serious amount of punishment.  Being Rare choices however means that you can’t get quite as many as other armies.

Alright, now lets compare units!  I’m going to compare the offensive potential of ~300 points of each type (adding command to fill up points), and see how they look across the board.  The Necropolis Knights may be slightly underrepresented since it is rare that people take more than a standard, so keep that in mind.

This is the classic benchmark for comparing most troops.  Since all these units are cavalry, I’m going to assume that they’ll be getting the charge more often than not, though I wont be factoring fear in because of how unreliable it is.

On the charge, the clear winner is the Mournfang with a staggering 22 combat resolution (heavily in part to impact hits), though the Demigryph Knights and Necropolis Knights are trailing at 17 and 16, the poor Bloodcrushers are at 15.  But what if we compare it to something tougher?  How about a Chaos Warrior with sword and board?

Things are dramatically different once you hit a unit with some armor, overall about a 40% reduction in the damage dealt.  Across the board though, you’ll notice that the Demigryph knights are just 2 points of combat resolution behind the Mournfangs, and the Necropolis Knights one behind that, followed by the Bloodcrushers.  Against tougher targets, overall the damage and combat resolution is much more normalized than against weaker foes, with a significantly more narrow range of damage.

So offensively, we (predictably) have the Mournfangs taking the cake against weaker foes, but against tougher ones, they really aren’t that much better off than an equal point value of Demigryph Knights.  So how about defensively?  For easy comparison (plus cool looking numbers), I’m going to show how many attacks it takes to kill a complete model (so damage to reduce attacks).

As you can see, it takes an impressive amount of damage to kill even a single Mournfang, it’s T4 and parry making it far superior to anything else against low strength attacks.  As always though, you should always see what it takes from a stronger foe, how about that same Chaos Warrior as before?

Alright, once we start hitting higher strength attacks we really see what’s so amazing about the Demigryph Knights, that 1+ save means that even against S4 you’re going to be passing on 2’s.  Unfortunately, the comparatively light armor of the Necropolis Knights just doesn’t hold up as well as before, and the Bloodcrushers ward save is still helping to hold them up a bit.

Now for the big test, how about having them hit by some White Lions?

Ideally, you’ll never want to stick your Monstrous Cavalry in combat with White Lions, as you can see, it doesn’t take many attacks from them to shred your units.  If you’re facing a horde of them, it is quite likely that they’ll kill 3-4 Demigryph/Mournfangs or about 6 Necropolis Knights/Bloodcrushers, so seriously, stay away!

But what does it all mean?!

Ultimately, comparing all of these, it does appear that Mournfangs and Demigryphs are the top of the heap, with Mournfangs coming out ahead offensively (especially on the charge), while Demigryphs are a bit tougher when fighting S4, allowing them to take advantage of their 1+ save.  Necropolis Knights are still very respectable in their damage output, but can’t take nearly the punishment, and while the Bloodcrushers deal a similar amount of damage, their low number of wounds and low save makes them very much a glass cannon.  There are dozens of different ways that I could match up these units, but I believe giving a high/low approach is the easiest to get the general idea of what’s going on with a unit.

Monstrous Cavalry is my favorite thing in 8th edition, allowing us to start seeing more monsters pop up, as well as a very interesting and hard hitting type of cavalry that really is unique to the Warhammer world (I don’t think we’ll see much of it in Flames of War).  Overall, this is just comparing apples to oranges, but it is nice to know how they all stack when all compared.