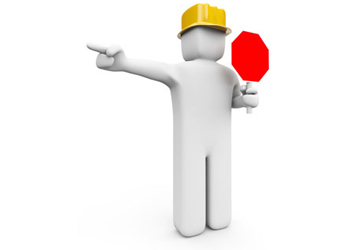 Alright, I’m back with the second half of my brief analysis of the redirectors of the various Warhammer Fantasy armies.

Hey there, it’s Adam from TheDiceAbide.com and this week I’ll be finishing my wrap up on a general list of suggested redirectors for the various armies, still going in alphabetical order:

No self respecting Orc would run away from an opportunity to fight, so as to be expected, there aren’t any particularly effective redirecting Orc units.  However, goblins are plenty willing to flee at any opportunity, and when they can do it with a valid reason, I assume that’s all the better.  For the same point cost as a Great Eagle, O&G can take a unit of 5 wolf riders, which are nearly as fast and potentially more resilient.  Alternatively, for a few more points, they can take some spider riders, which aren’t as fast, but can crawl over obstacles, buildings and through woods without worry.  In either case, the unit should have a musician for easier regrouping, though I’m not sure if I’d buy any of the other upgrades for a sacrificial unit.

In addition to normal redirecting, Night Goblins are able to do a few things that can interrupt a charge, most famously is the Fanatic.  While not a true redirector, there is a psychological factor, after the enemy has moved to within 8″, you release the fanatics, then the enemy has the choice of continuing or not.  If there are 3 fanatics sitting between them and their quarry, they may reconsider.

The Skaven army is notoriously short on redirectors, which is most likely because the whole army is fairly expendable.  Of the available options though, the “rat dart” is probably the most common and effective.  This is basically 5 rats and a packmaster, which comes out to slightly less than half the cost of a Great Eagle.  Since they’re core, and extremely cheap, you can take a huge number of these units, the caveat being that when they die, they cause panic checks, which for Skaven, can potentially be a problem.

The newest book on the shelf has little to offer as well in the department of quick, expendable units.  Units of Pistoliers are only real fast cavalry for the army, and a unit of 5 with a musician will cost double a Great Eagle.  For not many more points, the Empire also has access to Knightly Orders, which cannot flee and regroup like the Pistoliers, but with their 1+ save, it is quite possible that they can tie up the enemy unit for a turn, allowing you to counter the enemy’s charge with your own state troops, and if they don’t succeed, it still isn’t a huge point investment.

Like the Daemons (and Vampire Counts), the Tomb Kings are unable to flee, so any charge redirection you do will likely guarantee the death of the unit.  They do have access to 2 units which I find acceptable for this role, Carrion and Skeleton Horse Archers.  A minimum unit of either will cost you about 70 points, which isn’t a huge investment, but it’s certainly not a Great Eagle.  Skeleton Horsemen can work sometimes in a pinch, since they Vanguard, but often times not having fast cavalry will be a problem for maneuvering, but they are a few points cheaper.  Since Tomb Kings cannot march though, you’ll have to be extra careful how you maneuver, their limited movement distance can be a real pain, which is partially why I like Carrion.

Unlike their dry cousins, the Vampire Counts actually have a plethora of useful units for redirection, possibly the most of any army in the game.  Dire Wolves, Fell Bats, Bat Swarms and Spirit Hosts can all be taken in cheap units at minimum size and all can be strong redirectors.  Fell Bats and Dire Wolves work pretty much as can be predicted, but Bat Swarms and Spirit Hosts are a tad different.  The Bat Swarm, in addition to being a relatively speedy redirector, can also be used to bolster your combat blocks, giving every UNIT in base to base Always Strikes Last.  Spirit Hosts are Ethereal, which means that if the enemy block doesn’t have a lot of static combat resolution (under 4 specifically), then they wont kill your swarm and you will be able to counter charge their flank, it is because of this that I would consider running them in pairs, even if they do start getting expensive.

I would also like to give an honorable mention to Hexwraiths, they’re nasty great weapon wielding ethereal fast cavalry, but unfortunately with their high point cost, they’re often better off killing things and using their Spectral Hunters rule to wipe out enemy redirectors.

Fortunately for Warriors of Chaos, their redirectors are both core, and aren’t cutting down their special and rare points like some other armies.  Like Beastmen, they have access to Chaos Warhounds, which are super cheap and decently quick, but they have a low leadership, which makes them vulnerable to panic.  As an alternative, there are Marauder Horsemen, which are moderately priced, but have good stats, are fast cavalry and count towards your minimum core.  You can upgrade Marauders to be pretty nasty in combat too, giving them Flails and the Mark of Khorne.  Being Fast Cavalry, you can control their frenzy by facing them backwards until the enemy is in striking range, then just flip them around, take the charge and kill a few guys before you go down.

I’ve also had moderate success with Chaos Spawns for taking charges, though since they have the Random Movement rule, they are very unreliable.  If however, you manage to get one of these out in front of a unit of S3 spearmen, who will need 6’s to wound, it’s quite likely that your unbreakable annoying blob of flesh will hold them up for a turn, which can change a game.

How could we possibly talk about redirectors without talking about Wood Elves?  Like their High Elf cousins, they have access to Great Eagles, but unfortunately only 2 of them, but still, for their cost, they are by far one of the best choices.  Additionally, they have Glade Riders and Warhawks, though a minimum unit of either of those is considerably more than a Great Eagle.  Personally, I use several units of Glade Riders (2×10 and 2×5), since they contribute towards your minimum core, move nearly as fast as a Warhawk or Great Eagle, and can easily double flee when used in conjunction with Great Eagles.  There is rarely a time where you want to get in combat with Wood Elves, and I could write articles on just how to use them for redirection (and I will later), so I’m going to cut myself off there before I go overboard.

In general, I prefer to keep my redirecting units as cheap as possible, with 50 points being kind of the sweet spot.  With redirectors, it is important to remember that these are often free points for the enemy, and that you only likely get one use per game out of the unit, so be sure that you’re not using them frivolously.  There are definitely more army specific tactics that you would want to use for each one, but hopefully this will help new players have a resource to look at and understand what units in their army can be used in this manner.  See you next week!