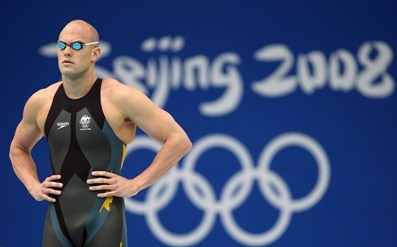 Question – Do you do anything out of the ordinary to mentally prepare yourself going into a tournament?

I once heard someone say they slept with their dice under the pillow the night before to make sure they rolled good the next day – kind of crazy but I have noticed many gamers tend to be a bit superstitious… They like to follow the same set of behavioral patterns and tend to avoid any deviation. Now of course this is obviously not the case for every gamer but you out there that do that know who you are indeed. 😛

The Evening Before
I like to spend the evening alone the night before a tournament and meditate. I tend not to think much about 40k and relax. I find that typically I do best as such. It really blows my mind how much some competitive gamers will party nonstop throughout an entire tournament. If I’m at a hotel I’ll probably watch a movie or read a book during the evening after dinner… But like I said some gamers don’t come back until the crack of dawn and crawl into the sack for a couple hours at most for some shut eye. If I want to party that hard I’ll go to Las Vegas for a vacation.

The Morning
I find that the morning of a tournament is important as well. I like to wake up a bit early, have some breakfast and then start to think about playing and psych myself up. If its a local tourney I’ll have some heavy metal blasting in my car on the way over to the shop. It really gets my blood flowing and helps me loosen up. For me there is nothing quite like some rousing Arch Enemy or Anthrax at full volume. At big tourneys I know some people sleep in until the last second which is okay but I like to have that time to focus… That is when everything clicks for me. If I can go into my first game mentally prepared I’ll probably do alright—the first hurdle is everything for me.

The First Game
I am not one of those guys that goes over every opponent’s army list with a fine tooth comb but if something doesn’t seem right I’ll definitely ask some questions… I am more concerned with studying the table and reading the mission rules. It’s very easy to lose a game you could have easily won if you don’t closely read the mission and know all the rules.

The Second Game
It might sound funny but sometimes during a one day event at the end of the second game I want to leave (even if I’ve won the first two games)… I just wait awhile and then the feeling always eventually passes and I’ve found that’s usually when I do my best. If you have won your first game then the results of the second game can place you on a top table for the final round so if this is the situation I try to focus even harder but remain relaxed as possible at the same time. It can be difficult to achieve—more especially so if you didn’t get a good night’s sleep and I think this is one of the reasons why we see some players inexplicably fold during the final big game… It all goes back to what I said in the beginning – you want to create a state of mind wherein you are fully in control of the situation.

The Third Game and Two Day Tournaments
I’m usually very relaxed if I’ve won the first two games at a one day event and ready for the final game – see my notes below about how to handle a situation where you’ve already lost a game or two. If I’m at a GT then I tend to treat the second evening much like I treat the first one… Get to bed early and relax. I find it’s good to meditate and not think about 40k—clear your mind.

Some events require you to play four or more games over the course of one day. You really need to reserve your energy in these types of situations or else there is the unfortunate possibility you might lose your focus along the way… Once it’s gone it can be quite hard to get back.

Some Tips
I like to crack jokes with my opponents such as humorously suggest the viability of spamming Flash Gitz or Mandrakes. If you are laughing you’re probably having a good time… The same applies to your opponent. If you can maintain some level of humor throughout the game it can go a long way. Don’t gloat if your opponent rolls some horrid dice. Try not to clam up when the first dice hit the table. There is something very unique about playing a tabletop far away from home and it’s a lot better if you AND your opponent are having a good time. I’ve made some of my best friends playing 40k at tournaments which I think is very cool. If you travel a lot to play it seems you’ll invariably end up playing some of the same people.

I really get into my games because I’m very competitive. I know there are some people who come across as very friendly but it can be kind of annoying if you feel it is just an act. My motto is “Always Be Yourself.” A competitive game at a tournament can be a fun experience if both players are honest and work with each other to figure out things about the rules whenever an issue arises and they will – and its perfectly okay to ask for a judge to help out – they should be able to do that. If you are unsure about any rule make sure it’s clarified immediately… Don’t wait a turn or two then try to go back and resolve it — the best managers have transparent policies how they treat their employees and handle issues… I think this approach is certainly the best for gaming as well.

One of my long time mantras is never change up your army list the night before a tournament – it might seem like a great idea at the time but if it’s not properly tested then you might be in for some rude surprises the next day… Sure it can be very tempting but like I said its something I always avoid. I like to play any particular army list at least 100 times before I take it to a tournament—I actually keep a running count how many times I playtest each army and also keep track of every major tweak such as swapping one unit for another. Maybe I suffer from OCD but I’ve noticed this practice has often lead to good results come tournament time. If something works for me I’ll tend to stick with it.

Closing Thoughts
I’ve have illustrated how I like to mentally prepare for a tournament and provided lots of examples based upon my gaming and travel experiences. The main thing is try to have a good time. If you’re a competitive gamer then focus on your games – don’t let yourself get distracted. The more you play the better you’ll become at handling all the various types of situations that commonly occur – eventually they happen to everyone and you want to manage them well. Like I said always try to be yourself.

So what are your tips, tricks, and ridiculous superstitions that get you through tournaments?