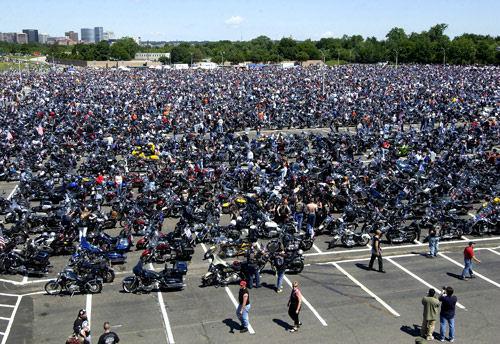 Reserves – some people hate the rule like the plague while others embrace it with both arms.  Here’s what I think.

Hi everyone !! I’ve been quite busy the past two weeks with a lot travel for work and not as much time for 40k. I did manage to get in a few games this weekend with Tyranids to start practicing again for WarGamesCon (WGC) next month. I need to focus now on painting the last of my Tyranid units I’ll be using for WGC. One game I played this weekend that stood out was Planet Strike versus a mechanized Blood Angels army (defender)… It was a lot of fun and I like the ruleset – if you’re looking for something different to spice up your games this can be a lot of fun to play. In particular for me the stratagems can make things quite interesting. I think playing the defender is challenging as the attacker has access to lots of advantages and it certainly helped my Tyranids with a strong alphastrike to start the game. The FOC is different – for instance you field more than three elite units which is nice for Tyranids in general.

Six edition is right around the proverbial corner as well and I’m sure it’s release will stir things up quite a bit – as usual whenever a new edition is released some armies take a hit while others get a nice boost. I’m thinking the newer armies for the most part should make out okay since their rules were probably written with sixth edition in mind… This obviously includes Grey Knights and Necrons but I wouldn’t be surprised to see other armies such as Dark Eldar also get a bit of a boost as well. Of course there will eventually be some new codices released again – rumors tell us that Dark Angels and Chaos Space Marines (CSM) are next in line. I’m not holding my breath for a great Dark Angels codex as they usually seem to get the proverbial shaft from GW… Oh well maybe I’ll be in for a surprise. I think if the new CSM codex is good that could bring a lot of older veterans back to the game, which could be a good thing. I’m just hoping we don’t end up with another overpowered army fiasco again. It would be nice if CSM get some new abilities to negate some of the Grey Knights’ over the top strengths and bring back some balance between armies.

Why Reserves
Seeing that sixth edition is so close at hand it’s hard for me to think of good topics to write about that will still be useful over the next couple of months. After playing Planet Strike this weekend I decided to focus on the reserve aspect of the fifth edition game. When fifth edition was first released I decided to play Chaos Space Marines since they have always been one of my favorite armies. The new Imperial Guard (IG) codex was then released and I found games against them very frustrating and often I would end up either managing a draw or losing against players I had typically beat in the past. The new IG had an answer to just about everything and my games against them all boiled down to whether my rhinos could reach midfield. One shop I played tournaments at the TO did not like kill points or Dawn of War (DoW) deployment which really helped out the IG players a lot. It was a hard time for me as a competitive player so I had to think about what were my choices to field a stronger army.

My first army in fifth edition I had a lot of success with was Chaos Daemons and I ran a heavy Khorne theme (no Fateweaver). It took me awhile to figure out how this army works properly and I watched some other veteran players at major tournaments to figure out what worked and what didn’t. Of course there is that random element with daemons – my thought on that is if you manage to win some tournaments with the army then I can easily live with an occassional game where the dice desert you and everything just goes wrong. I remember the first tournament I brought my daemons… My CrusherStar with the Skulltaker and another herald scattered 11″ into the sponson of a landraider the final match, mishapping right back into the cold warp. Of course I ended up losing that game and didn’t win anything at the tournament but I learned a good lesson about remembering to use my icons. After that disaster I ended up doing very well with the army and finally grew bored of them since Khorne can be so one dimensional. What I liked the most about my daemon army was the use of reserves and I decided to incorporate some element of reserve into the rest of my fifth edition armies – some obviously much more so than others.

Caveat – Some people simply don’t like to use deepstrking or outflanking units because of the inherent risk. MSU mechanized armies have been very strong in fifth edition – there’s not much randomness involved in these types of armies but that doesn’t necessarily mean they are inherently better – they are simply easier to play in my opinion… You move your units a bit at the beginning to reach the midfield and then at the end of the game to take objectives plus you are rolling buckets full of dice during your shooting phases… To me that is boring but to each their own. Both types of armies (mech versus reserved) have their own advantages and disadvantages. It takes more work on your part to design a reserved army that is competitive enough to win tournaments.

Advantages of Reserving Units
The first major advantage I’ll touch on is that using reserves provides mechanisms to avoid the normal restrictions of deployment. Going back to CSM versus IG I remember all those long frustrating games involving Pitched Battle and going having to go second. The Vendetta boosts up into your grill during their Scout move then the veterans jump out and nuke your LandRaider with their meltaguns… That was no fun for me and situations like that made me decide to forgo playing heavily mechanized armies in fifth edition in favor of heavily reserved armies. Units held in reserve that can outflank or deepstrike open up new strategies versus armies such as Imperial Guard… It doesn’t necessarily tip the scales in your favor so much that you auto win but it does provide some very useful tools to fight mech.

Use reserves to deploy your deepstriking and outflanking units into strategic positions. I’ll outflank a genestealer brood often with my Tyranids simply to run them onto an objective and sit there behind some fat LOS blocking terrain. You need to think about where to best place objectives for this type of tactic to work. If you setup your normally deployed units correctly it can stop your opponent from deploying in positions on the table that will later become prime real estate. You have to think ahead several turns and make decisions based upon different results for where you want your reserves to arrive. This another reason why reserved armies in general are harder to master than say MSU mech.

Another useful tactic is to simply hold a unit in normal reserve and bring them in along your long board edge. I do this a lot with my winged Hive Tyrant for the Spearhead deployment. This is the safest way to bring in a reserved unit and in the right situations it can work just as well as deepstrking or outflanking.

Reserve Manipulation
So now we finally reach the main topic of the article. Reserve manipulation is a relatively new facet of fifth edition and I think it will become a bigger part of the game in sixth edition if you want to take advantage. Armies such as Blood Angels, Deathwing, Grey Knights, Imperial Guard, Necrons, Tau and Tyranids have mechanisms built in that allow you to manipulate when and/or where your reserves will arrive. All of these tricks can make reserved armies much more viable. For example the Hive Tyrant has an option to add +1 to all of your reserve rolls (i.e., Hive Commander). I was the attacker in the Planet Strike mission this weekend so I actually had +2 for all my reserve rolls – I had all of my units on the table the first turn (note that the attacker starts rolling for reserves in the first turn for Planet Strike). This was a huge advantage for me… My opponent had deployed his entire army so I knew exactly where I needed to bring in my entire army plus of course I got to go first for the alphastrike.

The Grey Knight Grand Master has Psychic Communion that allows you to add or subtract one from your reserve rolls each turn. Delaying the arrival of your reserves can actually be a good thing. Blood Angels jump infantry units can reroll for reserves and only scatter 1d6 when deepstriking. Imperial Guard can actually hinder the opponent’s reserves which while not a part of this specific discussion can still be very powerful… I don’t see the Astropath all that often – people think he is pricy for what you get and generally not worth it and that’s a good thing for me!

Deathwing have the option to deepstrike units on the first turn. This one is kind of a mixed bag but done right I’ve seen it work wonders. I’ve only touched on some of the abilities to manipulate reserves – there are Tau players that swear by the positional relay. Blood Angels, Grey Knights and Tyranids all have units that don’t scatter at all when they deepstrike – players have built entire armies around some of these units.

Conclusion
Like I said above I think reserves will play a bigger part in sixth edition – only time will tell. Reserve manipulation is here to stay and provides you the ability to create viable reserved armies. Sure there is some risk involved but it can also be very advantageous… Just don’t be silly and do something dumb like allowing your opponent to block off all your long table edge so that none of your units can arrive from reserve. Reserving all or a portion of your army allows you to ignore the normal restrictions associated with deployment. Typically the sooner the bulk of your army arrives from reserve the better off you’ll be. It’s all about to change very soon but I think it will be still be there and even more so than before.

So how do you feel about using units held in reserve? Have you had success or did it not work so well ?