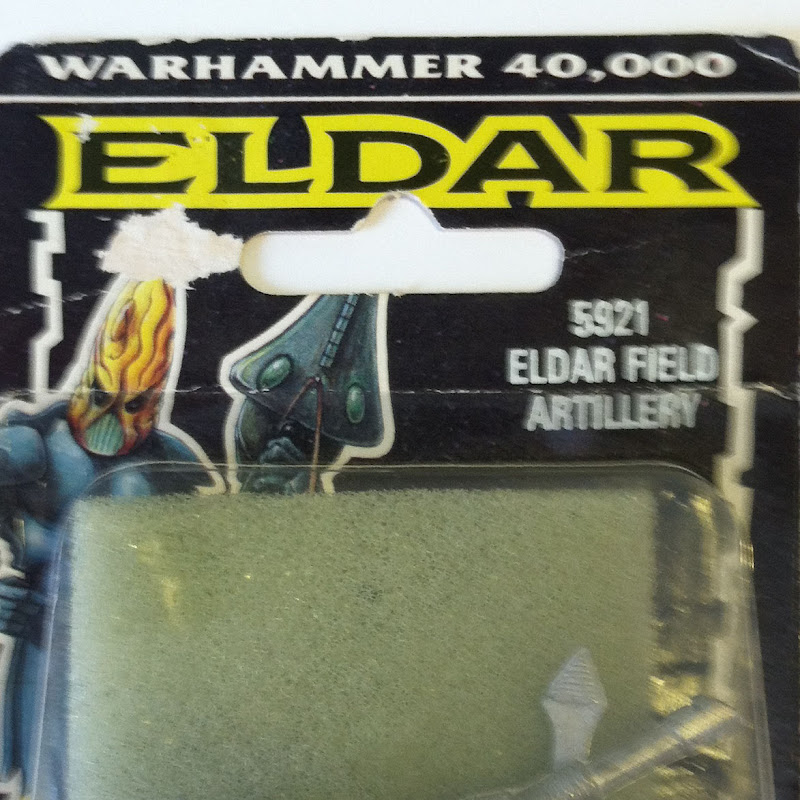 MBG here with another fun and exciting 40K Flashback, where I dig deep for something cool that I have from back in the day. Today’s Flashback was provided by Meeker Celebrating the  25th Anniversary Warhammer 40k, today we have another miniature that’s about 25 years old as well!

The Eldar “Field Artillery” came complete with crew, multiple tripods, Lascannon, and Plasma Cannon. Hmmmm… I guess the Bonesingers were too busy back then to grow their own weapons.

This little guy was release way back in 1987 when all this was new, and to look at it gives you a glimpse into the earliest stages of the game.

For instance, did you know Warhammer 40k was based on Warhammer Fantasy Battle, and Roleplay?

Read on true believers for more knowledge bombs from the 80’s. And remember kids, this is NOT a toy! What do you like most about the old Rogue Trader Era?  Got any ancient lead goodies still hiding in your bits box? -MBG