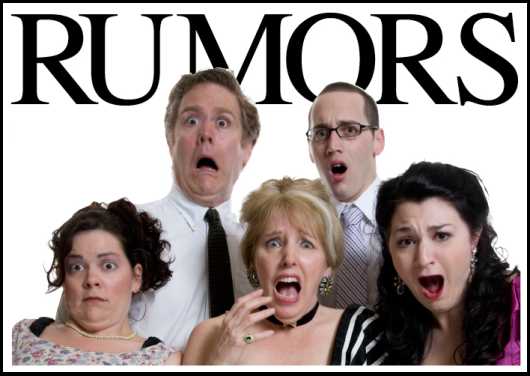 Hi I’m Goatboy. You might remember me from such lovely articles as “How to get Goat stains out of your carpet” and “Is Counts-As pushing your kids towards the Devil?” Today I want to talk about some of those 6th edition rumors and some of the ideas that might pop up.

First of all these thoughts are just trying to look at some of the rules from 8th edition Fantasy and how they can fit into the 40k game. I don’t know if any of these thoughts are true. I am just thinking (typing) outloud and want to see what people think. So with that in mind let’s begin.

The latest rumors from Tasty Taste is telling us to look into the grimdark world of swords, arrows, and books who need to be updated (looking at you Skaven). So with that as my initial morsel of design thought I decided to pull open the big fat book of WFb 8th Ren Faire nonsense and start to pull the pieces that might make a cool set of rules.

The biggest thing is the change in how terrain affects your units. Now if you don’t know about Fantasy, when you charge through terrain you are not slowed down, you are just affected by dangerous terrain. There are no other modifiers, just the chance you might trip and fall as you run through whatever crumbling bit of wall might be in your way. This is interesting as there was another small bit of rumor mongering that states that the Nids are going to be very happy with some of the rules changes in 6th. Could this mean that you are no longer knocked down to Initiative 1 when you decide to Koolaid man through that bastion? Yes you could lose some models as you rushed through, but don’t you always have a lot more? Those fat 20 man blobs of Genestealers losing 1 or two models as they rush into those 10 lonely Grey Hunters becomes a much more serious game. It might also help out Orks charging into those pesky IG blobs as well. In fact that small change would probably flip the “metagame” around to include a hell of a lot more gribbling things.

Of course you are asking then what would the purpose of Frag grenades be? Well most likely those guys would mean you ignore the dangerous affects of the terrain. Pretty snazzy eh? Means those stick bomb chuckas are pretty damn good now eh? Also I would probably add that Relentless ignores all of this too, that way you don’t have those games where you roll 5 1’s on your Terminator squad and watch it die to point sticks in the dingus.

Speaking of the movement phase remember those old rumors about how Assault would happen before the shooting phase? Remember how they also said you don’t roll a dice for the run, you just go double your movement? Do you guys know how Fantasy moves? You have your movement phase which includes the “assault” move phase as well, then shooting and finally assault. What if 40k did that? Let’s say you have to commit fully when you start the movement phase. You declare your marches, assaults, or desires to shoot. No longer do you “decide” after shooting if you wanted to move again? I know that limits some choices but I feel in the long run it could create a much more concrete game. You have to decide in the movement phase what you want to do. It also means you will go where you want to go.

Let’s look at it like this. No longer would you have those games where you are shot out of your ride and assaulted. You will have to decide to shoot or assault. It makes your initial decision making extremely important and the players that can think ahead in the turns will become that much better. It also means that most likely your vehicles will do their jobs a bit more as the initial box does give you cover during your turn. It also is a bit more “realistic” in terms of the game as the moving, shooting, and assault is all supposed to happen at once in a chaotic dance of doom and death.

This change in the movement would also mean that games are going to go all over the board. When you decided to run or march you will go 12+ inches. This is pretty huge as it means if you want to create the flanking movement you can do it. It also means those units designed with a shooting and assault element has to decide what it does. So yes those Grey Knights would most likely not going to get the charge most games as their guns are very important to them.

This also means that most likely random assault movement is going to be in the game. That means that the basic movement values are going to change on a lot of options. Most likely the basic movement stays 6 inches but there will be some jumps in “cavalry” options as well as other beasts and fast movement choices. We might see some sweet new bike action as the board pushes beyond the normal 24 inches of death we normally see in games.

Will this all adds up to a major change to the game – while still keeping some of the same things we all know from the codexes we have now? The idea of adding new stats is a bit harder to swallow so I won’t go into the rumors of Hull Points and CCW AP values as both of those are new things that are not currently represented in the codexes. The changes I talked about above are all still viable with just main rule book changes. Will we see these? Who knows as I am just trying to talk my way through some of these new ideas. All I can say is I am interested and anything new to spice up the game will be cool by me.

Oh and another thing – hooray for premeasuring. Do you fear the WFB?