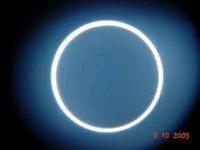 So I have decided to bring my brand of Tyranids to WGC and there are several reasons for the decision.

I will have to finish painting some units such as my Yrmgarl genestealers so I’m really glad I have such a simple paint scheme (black and red for my Hive Fleet Gorgon). The vast majority of my army was painted by Next Level Painting so it’s not like it’s a big deal. One of the main reasons why I decided to bring my army is based upon my experience – I feel confident, so why not? Lots of people talk about bringing their Tyranids to a big event then end up bringing another army such as Grey Knights or Deathwing. WGC is one of the really big events and this is the type of tournament I need to bring them to see just what they can really do and how they will perform. I’m not suffering any delusions of grandeur – if I can just make the cut for the second day I’ll be very happy.

Mostly I just want to thank all my good friends like Mat Douthat, John Lennon and Brian Poole who inspired me to stick with the army. They have provided the most valuable input to me for developing my current 2000 point army. I don’t think I’d ever be ready without their help and support. I still remember when I first saw my Tyranid army – originally it was a dipped army and after playing several games against it with my Draigowing I felt it had some hidden strengths others might have missed… It’s unique and of course I like that a lot.

I had the army repainted after I bought it and changed the composition a bit but all the original fundamental concepts for the most part are still intact. If you follow my blog or the series of articles I’ve written for BoLS then you’ll know that my Tyranid army was originally fully reserved but I’ve since modified the composition so there is now a solid shooty core. I’m really hoping my Tyrannofex can come through and deliver the goods – Big Pappy has always been rather hit or miss for me but when he is on the old Tyrannofex can bring a lot to the table… He’s not the brightest bug out there but he has lots and lots of potential – hopefully the tendril can tap into his awesomeness. Heh !!

I’m actually thinking now that WGC and their battlepoint system is a great format for Tyranids. You can lose a game and still be in the hunt. I think it will be very interesting and I’m excited. Lots of other people have taken their Tyranids to big events this year and some have done really well. They are also a source of inspiration for me !! Another great thing about WGC is that I have for the most part enjoyed all of my opponents there the past two years – it’s very competitive but it’s not cutthroat either… And that’s pretty darn cool.

I could bring my Draigowing as I originally planned but I’d rather just make the second day cut with my Tyranids as opposed to say possibly placing in the final top ten… Not that I can do either – it’s just the way I feel.

So how do you think Tyranids can fair at WGC and the twilight of 5th this year?