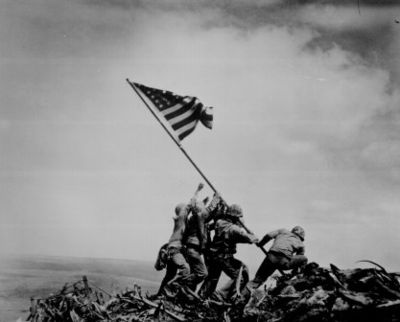 One of the blessings of 8th edition WFB has been the addition of a few scenarios, which help keep the game alive and fresh.
Another week, another article about my favorite game, WFB.  Hey again, it’s Adam from TheDiceAbide.com, and if you’re just tuning in, I’ve been writing a series of articles here about the general strategy behind various parts of WFB.  This week, I’m going to be talking about what is probably one of the most hated scenarios from the book, right up there with The Watchtower.  When you go through the basic scenarios, you’ll see that 2/3 of them are based on standard Victory Points, which most WFB players are used to.  The remaining scenarios use different objectives, Blood and Glory specifically uses a mechanic called your Breaking Point.

You will lose a game of Blood and Glory when your army fortitude drops to the breaking point, which is is 1 for every 1000 points or fraction thereof, so for example, a 2500 point game has a breaking point of 3.  Your army’s fortitude is equal to the number of banners in your army (including BSB) and an extra 2 points for your general.  Obviously, that means it’s important to take banners!  If you are playing a 2500 point game and your fortitude is 3 (general + BSB), then pack your bags, you automatically lose.  That may seem kind of harsh at first, but if you know that there is a 1/6 chance that you’ll automatically lose a game before you even set up, you should probably reconsider how you’ve built your army.  I’ve heard people complain that there theme doesn’t allow them to have many banners for one reason or another, but honestly, I’m unsympathetic, the rules are (theoretically) balanced using all the units available to your army, and restricting yourself is something that you’ve chosen to do outside the rules, so unfortunately, you did it to yourself.  Now that I’ve said that, how exactly are you supposed to win this scenario?

Okay, now that we’ve made sure that our army doesn’t automatically lose, how do we keep our banners alive?  There are basically 2 kinds of units which I think hold banners well, and those are hordes or fast cavalry.  You’ll likely have banners elsewhere in your army, and that’s totally fine, the more the merrier, but I use these two kinds of units specifically for maintaining my fortitude.  Hordes for the obvious reason that they’re big and tough to kill (ideally), and fast cavalry because they can run away if needed and protect their flag.

Those are probably the two most obvious ways to protect your banners, but what about your General?  Often times your general may be rushing off into combat, smashing through foes, but the problem is, in B&G, a smart opponent is going to focus everything they have on him for the 2 fortitude.  When it comes down to trying to win, you need to pay close attention to your units and models that hold Fortitude.  Often times, if I feel like a unit is moving into a position to get in combat with an enemy that could hurt my general, I will have him abandon the unit and move to safety, which keeps my 2 fortitude alive, should the combat go in my enemy’s favor.

One last thing to remember is that if a unit even breaks from combat, the banner will die and the unit will give up the fortitude that it was protecting.  To prevent this from happening, it may be very important to form your units into deep busses, instead of hordes, to maintain Steadfast.  Additionally, it is probably more important than ever to keep your units within your general and BSB range.

Many of the principals I listed above can be used to understand how to get banners from the enemy.  Your first targets should be the low hanging fruit, this includes pretty much any small unit which is carrying a banner.  When you are doing this though, be sure to wipe out the unit in it’s entirety, if your opponent has time to react, they will probably try and hide the banner to maintain their Fortitude.  BS based shooting is very useful in this regard, when firing at something like a unit of 5 cavalry, a cannon is probably not going to solve the problem, instead though, focus firing a bunch of handgun/bow shots will likely finish off the unit.

Additionally, killing characters is key.  If you find yourself in combat with your enemy BSB and/or General, you may want to consider focusing as many attacks on the characters as you can, since they may potentially give up fortitude easier than the unit they are with, this is especially true if the enemy unit is stubborn.

Understanding the mechanics of a scenario is always key in figuring out exactly how to win.  Instead of shrugging off this scenario, try giving it a shot, and really keep focused on the objective.  As a scenario, it mixes up the game a bit, and changes your focus from wiping units out, to simply breaking them to steal their flag.