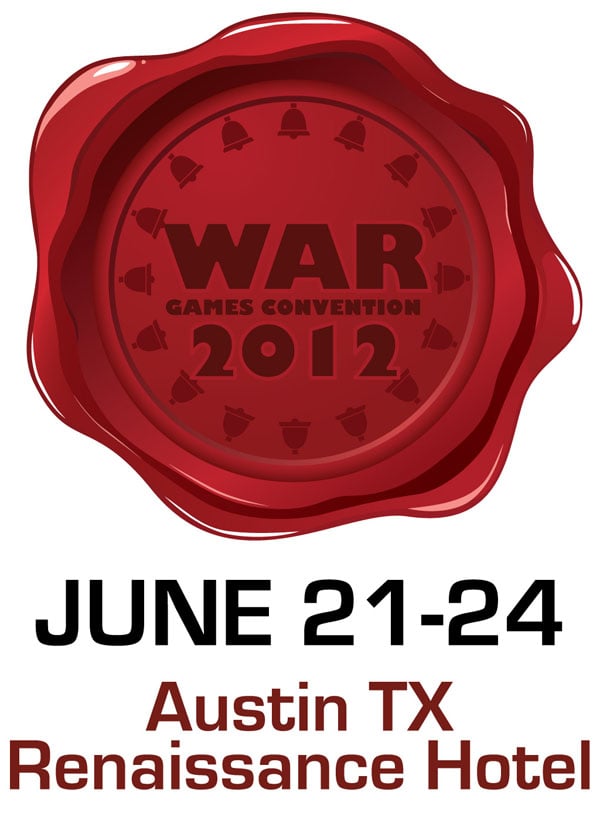 You’ve got 2 weeks left! – Get in there and register and come on down to Wargamescon!

That means grab your Hotel Rooms NOW (seriously), so you can lock in the low, low group rate and get the beds you want.  Don’t get caught sleeping on the floor.

LATE BREAKING NEWS:  We have even more hobby and prize armies to announce. 1) Lazuli Painting will be offering up a FULL 300 PT ALLIES TOURNAMENT ARMY FOR DUST WARFARE as a raffle army.  Get your raffle tickets ready folks! 2) Multiple Golden Daemon winning painter Mondel Garcia will be holding two after hours painting/hobby seminars on Friday and Saturday for any attendees who want to attend (bring your own paint brushes, a few bottles of paint, and a test mini) 3) If you have Pretorians, BRING EM!  We will be doing an afterhours Zulu themed “Battle of Rorke’s Drift” Apocalypse battle with endless waves of orks trying to overrun the Pretorians.  Our own CrazyRedPretoian will be running the event. (If you have Mordians he probably won’t turn you away)

WargamesCon is back for its 4th year, bigger and better than ever with an all new massive venue –  June 21st-24th at the Austin Renaissance. Have you registered?  Pack up your awesome Adepticon army, grab your WGC tickets, plan your tweaks, and get practicing.  We are going to be the BIG FINAL BASH for Warhammer 40,000 5th Edition so come on down and lets give it a proper send-off while we gossip the night away about 6th and all your other favorite games..

Our Narrative Tables will be bigger with more players per table. We are doing the Eye of Terror using the Forces of Disorder under command of a mighty Chaos Warmaster attempting to smash asunder the Imperium’s Cadian Gate. Our second theme is the Battle of Piscina IV – that means Greenskins everywhere, forming a massive Waaagh that threatens to overrun the Space Marine and Imperial Guard defenders. Its gonna be an Apocalyptic blast – oh, and don’t forget about all the flyer, superheavy, and Titan goodness! ~Ive heard talk of giant airplanes, and Orky submersibles!