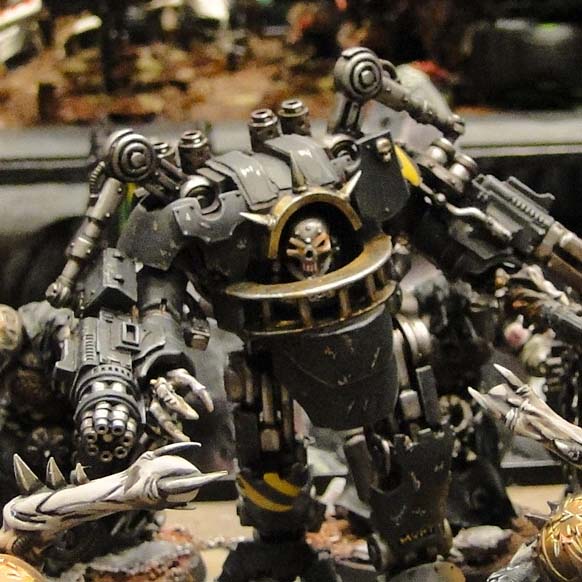 Checkout this amazing army that popped up on the tournament circuit this year.

This is honestly one of the BEST armies I have seen in a long while, and is actually one of only a few I’ve featured as “Showcase Armies” which have their own label for easy viewing as well.

The Dark Mechanicus is an amazingly converted, and painted Chaos army by Angry Richard.  He comes from the same group of guys that brought us the Emperor’s Custodes army from a while back. I wonder if they play them against each other, as that would be neat to see.

This new army however was first seen nationally at Adepticon 2012, but also made an appearance (with a full display board) at WargamesCon 2012.

More on that later, for now checkout the close-up below, but watch out for the “scrap-code”! If full-on Chaos happens to be your thing, enjoy!