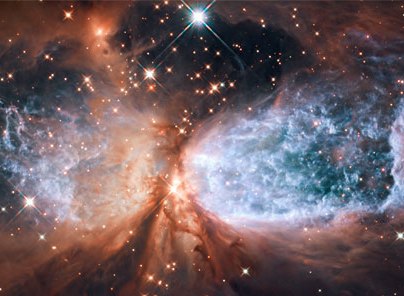 This last week was busy with release schedules, Dark Angel rumors, and a discussion on how Flakk Missiles are going to be introduced into the game. Here is this week’s rumor round up.

Chaos has engulfed the universe in war. We sit on the edge of annihilation, but fear not, for with Faeit’s Tarot we shall seek out the penance for our sins, and seek our salvation through the angels of death.

Release Schedule for the Next Year
Hastings, who is a very credible resource of information and rumors has laid out the next year of releases for us for both 40k and Fantasy. It is quite the busy schedule, and brings to light several codices we have been wanting for some time, Tau, Chaos Daemons, Eldar…… I went through and collected the relevant information regarding his thoughts on future releases, and when this pans out (because it is Hastings after all), we are going to have a very busy 12 months.

-Tau are the first 40k release of next year (after the Deamons which release for both at the same time) and before Eldar.
-Dark Angels are, after CSM and before Chaos Daemons (Last codex of 2012)
-Should look something like… Sep CSM, Oct WoC, Nov DA, beginning Dec Hobbit, busy few months eh  and next year looks likely to continue the pace.
-I believe CSM will be in the WD after the starter box issue and release end sep/begin oct. then same pattern for WoC, DA & Hobbit. Does seem a lot to cram in before the end of the year but I’m reliably informed this is what’s happening……..of course I could be wrong.
-For clarity running order for 40k & wfb =
40k starter
Chaos Space Marines
Warriors of Chaos
Dark Angels
Chaos Daemons/Daemons of Chaos
Tau
High Elves
Eldar
Lizard Men
-That little lot should take us to around this time next year or a couple of months after (plus waves of models in between the codex/army book releases…. oh and the hobbit stuff).

Dark Angel Rumors
This rumor set at first came in Italian, but with google I was able to translate it roughly. Shortly after posting the translation however, I received corrections to the Italian set, and this is what we got. Note that I removed a lot of text and some of the original rumors that were said not to be true.

from Faeit 212 (a Must Remain Anonymous Source)

-one character prevents you from taking allies from Guard.
-The apothecary is FNP 5+ like normal, only one unit per army, there is a similar-to-warding staff option but not as good and for librarians as it uses a warp charge but is an automatic psychic power that can be shut down only by runic weapons and the like.
-A new Land Speeder: the Tempest basically.  It’s can Zoom, comes with a twin-linked assault cannon (not on a turret) and typhoon launcher.
-The presence of 3 banners that will characterize the army and the command team.
Replacement for the distributed per-squad banners.  These are a lot like the SM special characters, they grant a USR for the whole army when purchased and are very expensive, must be modeled (but come as raised image banners in the DA character box) and still apply even if the banner is lost.  It’s just a visual representation of a way to place points.
-Note: This is also the current direction for the next SM release, where Combat Tactics is renamed Chapter Tactics and is replaced by paying a surcharge on your HQ, instead of having to buy specific characters.
Named characters still impose their Chapter Tactics as per normal, and are cheaper than a standard HQ + ChapterTax, but it’s a nice alternative.
-Dark Angels can reroll failed armor saves against Gets Hot! and vehicles get to reroll its 4+ to avoid the hull point.
-Remaining stationary lets you reroll misses with Cyclone launchers against flyers.
-New options for the Predator: Plasma Destroyer Turret, heavy 3 plasma cannon, no plasma cannon sponsons.
Whirl Winds will have the option as an upgrade and 3 different types of missile to choose before the game.
Replace both Castellan and Vengeance with Helios Missile launcher for free.  Heavy 1, Twin Linked, Skyfire Interceptor.
-Asmodai.  He’s making a come back.
-a new Lore with only some resemblance to the current codex.  There are 2 new units (outside of the additions of Vanguard and Sternguard).
-Tactical Squad and Deathwing are troops.
-Devastators can upgrade to take flakk missiles at +5 points per model, replaces Krak and Frag options.

Flakk Missiles
When the 6th edition rulebook first came out, one of the first things we all zero’d in on, was the inclusion of flakk missiles (after flyer’s of course). The problem really was where are they going to be introduced and when. Well, I have a feeling it is soon that we will be seeing these, and of course that is based primarily on seeing them included into the Dark Angel rumors above, and the rumors from sometime ago that we would be seeing a flyer release in the near future. (still hoping for the flyer release).

Here is what the rumor mill was saying this week regarding Flakk Missiles.
from Faeit 212 (Must Remain Anonymous Source)

-there was an iteration of playtest where you replaced only krak with flakk and was free. because there is no modelling difference, players could (without adjusting their list) swap to flakk when they saw / suspected lots of flyers.
-In the end it was simplified to being an outright replacement of both for all missiles in the squad, at a cost to avoid the above. Either it’s Flakk or it’s Standard.
-Flakk have also (as a whole) been reduced in effectiveness as they were Imperium only, and the GW designer involvement wanted to steer away from the Imperium having all the tricks.
-If you want to take out flyers, you need to either run flyers yourself or dedicated units / vehicles that are ground to air.
-This levels the playing field for all races who will each get at least 1 flyer, and 1 ground to air unit that can semi-function ground to ground.

This week pre-orders went up for Dark Vengeance, and the first 6th edition codex, Chaos Marine is coming next. The limited edition set is first to arrive and will be available until supplies run out. The standard starter set will be available on the 8th of september.

The next 12 months will be packed for both Fantasy and 40k, with little downtime between codices (army books), so really he biggest issue will be is to where are you going to spend your hobby money?