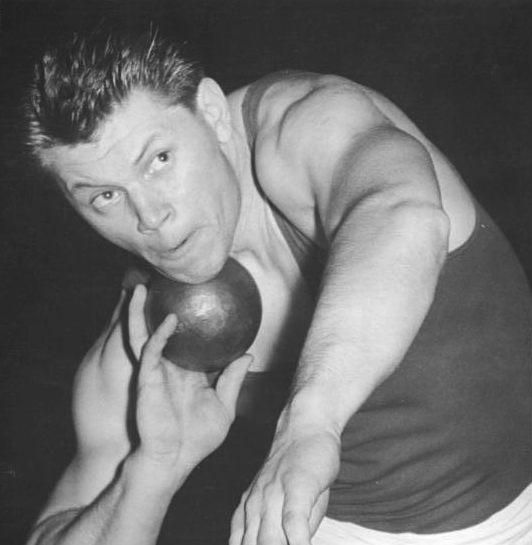 Khador’s Colossal doesn’t have the faction-bending special rules of the Mercs’ Galleon or Cygnar’s Stormwall.  But what Conquest does have is two open fists at STR 18…

That means Conquest can double-hand throw another model a distance of 9″.  It also means that it cannot fail a strength check against anything under STR 15 (which is nearly every model you can throw, short of a Rage’d Dire Troll Mauler).  That’s significant because while you can boost an important to-hit roll, there’s no way of boosting strength checks.  With the Conquest, as long as you hit, the target is going to be thrown.
Why would you want to throw an enemy model, when you can just punch it to death with P+S 22? There are some things, like a closed Devastator, that can still easily survive such an attack… but a 9″ throw will clear them out of any scenario zone.  More importantly, you can throw your own models, and they’ll sail right over any smaller intervening models or terrain.
Normally a thrown model is knocked down, and a model that is knocked down during its own turn can’t stand up until its next turn.  But, if a special rule allows a model to stand up, it can stand up even if it was knocked down during its own turn.  Khador has access this effect via Supreme Kommandant Irusk’s feat (other warcasters can give out no-knockdown effects, but those are slightly worse because you still have to forfeit movement or action).  Read up on this at page 63-64 of the Warmachine Prime MKII rulebook.
This basically means that if you’re playing Epic Irusk, Conquest’s card might as well have a special rule that says “Once per game, Conquest can spend 1 focus to teleport another one of your jacks 9 inches, after which that jack can move and attack normally.”  Sure, your jack will take damage from the throw, but unless you hit another large based model, it can’t do enough damage to cripple a system, and even if you DO hit another large based model, it will take a pretty unlucky damage roll.
Situational?  Maybe.  Shenanigans?  Definitely.  But it’s not just theory-machine.  I’ve at least used it in a casual game to throw Behemoth over 9″ of screening medium-based models, right into Terminus on his feat turn.  5 automatically-hitting armor-piercing fists later, and Terminus was hanging on by a thread… a thread that was cut next round by Conquest’s main gun.
Speaking of theory-machine, there are 31″ of distance separating the two deployment zones on turn one.  Conquest can throw Behemoth 9″, Epic Irusk can feat and stand Behemoth up, then Energizer him forward another 3″.  Behemoth can then trample 7″ and shoot 14″, ignoring forests, clouds, and most intervening models for line of sight.  9 + 3 +7 + 14 = 33″.  Yes, that’s Khador shooting your dudes turn one, out-threat ranging some of the more well-known ranged casters.  If you do it first turn, you’ll only have focus left to boost to hit, not damage, but from second turn onward you can upkeep Fire For Effect.  You’ll then have two fully boosted pow 14s, which is a legitimate threat against squishy warcasters.  It’s especially threatening if you’re able to get within 26″, allowing you to aim after the throw + Energizer.
The point of all this is not to say the Conquest Shot-Put is “My New Fighting Technique is Unstoppable.”  The point is, Khador may have gotten less of the more obvious special rules, which means it’s up to you to use the basic Colossal rules to your advantage.
What creative uses for Colossals have you come up with?