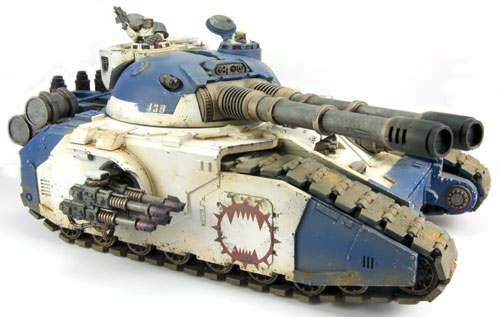 Are you tired of the way these modern Space Marine “chapters” do things?  Well, lets look at the organization of an original Space Marine Legion!

Now that’s something I can get behind – something similar to the Space Marine codex but “grander” in scale.  Tons of HQ options, Land Raider squadrons, integrated Imperial Army support and lots, and lots of tools to get the job done.  Apparently those Tactical squads come in squads of up to 20, and have a bladestorm like option to fire twice in exchange for not firing next turn.  Bolters FTW!

Also, Forgeworld got the Horus Heresy book is up for sale here.

Finally, all you tournament ringers and UBER-men should take a close look at this list.  You might be able to wield a Legion at some WarGameCon2013 events… *hint-hint*

So what’s your take on this list layout compared to the later Space Marine armylist layout?