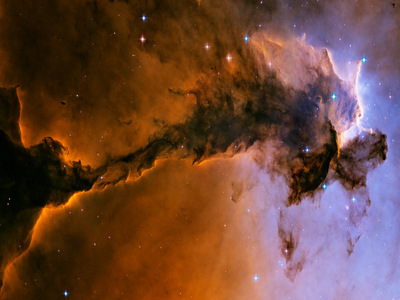 While the rumor mill has been a little short, bits of information from both the Chaos Space Marine codex and betrayal have been coming in, and in this weeks rumor round up, we will be exploring both.

The veil of the Immaterium has been torn, unleashing the forces within. Ripped asunder by the viciousness of the attack, our forces are scattered, pursued by the howling forces of those we once called brothers. Nothing will ever be the same again.

Games Day UK
So much is being revealed at Games Day UK that what we know will already be outdated by the end of the day today. The Chaos Space Marine codex is rumored to be at Games Day, and we can all assume that the models will be there as well. Since pre-orders are already up… and the limited edition CSM codex is already sold out, I am sure we will be seeing tons of pictures from the event

Forgeworld is releasing Volume 1: Betrayal in limited quantities at the event, along with other models. The first Primarch model, Angron is going to be there for a limited early release as well. I can only imagine that these will sell out quickly, so if you are attending do not be late.

Chaos Space Marines.. Lets Get introduced
The Helldrake, rumored to be a 12/12/10 flyer that will tear apart other flyers on the board with its vector strikes and guns ablazing. We expect this beast to rule the skies as a terrifying predator above the tabletop.

Maulerfiend
A huge regenerating Walker that moves an amazing 12″ during the movement phase with dual magma-cutters for ripping open any tank or vehicle it comes across. Whats more the giant monster is fleet, and is not slowed by difficult terrain. The only weakness is its armour 12 and 3 hull points. In the hands of the right general, these will rip apart the enemy in all sorts of new fashions.

Ahriman
No longer psychic level 3, Ahriman is an amazing level 4 psyker. While we do not fully know if he will have all the disciplines, he will be an amazing boon to his forces with unsurpassed psychic power.

Forgefiend
The counter part of the Maulerfiend, this daemonic walker is loaded to up to blow apart armour and infantry from afar. It is the alternative build in the same box as the maulerfiend, so you will have the options to build either.

Warp Talons
These jump pack troops are said to be stalkers able to rip apart the thin veil of the aether to assault their prey. Rumors have them as causing blindness to any unit within 6″ of them, and they come with special dual pairs of lightning claws. Chaos will be striking fast and hard with these guys taking the lead.

Warpsmith
The warpsmith seeks to dominate and control the machine spirit. Early rumors have it that Warpsmiths can repair lost hull points, so having these tending to the huge monstrosities marching across the field of battle seems a logical place for these guys.

Dark Apostle
Rumors have the Dark Apostles conveying fearless and furious charge to the units they join, not to mention bolstering Cultists troop units.

There are more releases from the Chaos Space Marine codex, but this is a majority of them. We are still expecting according to rumors a second or third wave of models before October 20th. So that is when we expect the Hellbrute and Chaos Cultists boxes to be released. What else? we don’t yet know.

Horus Heresy ‘Betryal’ Introductions
Angron
What an amazing model we are getting for the first Primarch model to be released. We still do not know the stat lines, or anything else on him for that matter, but its only a short limited number of hours now before his stats start flooding the Internet.

Cataphractii Pattern Terminators
These models are fantastic, and are definitely some old relic terminator armour that will be finding its way into my current armies. Absolutely love them. As normal the model is excellent for a Forgeworld release.

Space Marine Typhon Heavy Siege Tank
The “Great Beast” is a massive space marine heavy tank with a massive Dreadhammer Cannon. Once again stats and information will be flowing by the end of the day. This thing looks like it will make short work of any fortifications or armor in its way.

Scimitar Pattern Space Marine Legion Jetbike
Sexy is not enough for this Horus Heresy release. A space marine jetbike that looks amazing. These relics are fantastic, and are really destined to hit the 30k tabletop with some serious speed on their side. Definitely on my short list of Forgeworld models that I would like to own soon.

Space Marine Fellblade Super-heavy Tank
Need a super heavy tank to deal death to your enemies? The Fellblade is your weapon of choice in the 30k universe. An advanced accelerator cannon is its primary weapon, and like the rest of them, these models and their rules will be hitting us shortly.

Two major releases sit on our doorstep, and a large number of your fellow hobbyist will soon be broke. What releases are you looking forward to the most?