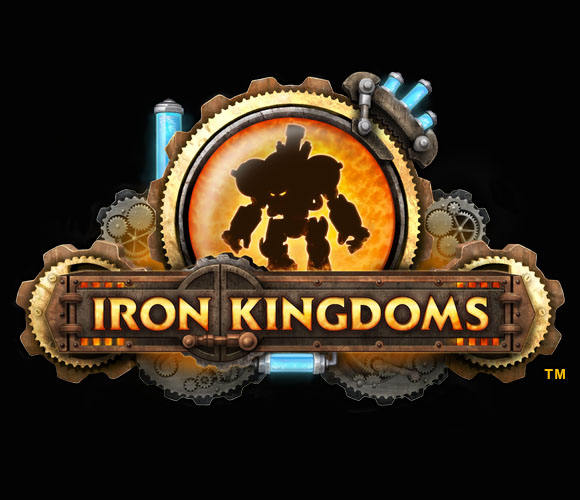 In the Iron Kingdoms Roleplaying Game, characters have a resource available to them called “feat points”.  These can be used and generated in a number of different ways, but just how important are they?

Feat points are a resource that can be used for a number of different things both in and out of combat.  A character can have up to three feat points at any time.  There is a list of 13 common things that feat points can be used for, like boosting non-attack skill rolls, recovering from being knocked down or stationary, sprinting after incapacitating an enemy, or avoiding free strikes while moving out of combat.    You can get a look at the full list of 13 common feats from an IKRPG Preview that was released not long ago.  The most important one that I’ve seen used in my play time so far is Heroic Dodge, which reduces the damage taken from an attack by half, rounded up.
The reason why Heroic Dodge is so important is due to the fact that combat in the Iron Kingdoms Roleplaying Game is quite deadly, particularly for freshly-generated characters.  Characters that are charged by multiple enemies can quickly go from fully-healthy to incapacitated in a very short amount of time, often before a friendly character can act to intervene.  Every once in a while, the GM is going to roll hot, and Heroic Dodge might be the only thing that might save you from a severed limb or worse.  For example, in my first session a few weeks ago, one of my players had their character charged by a trio of Bog Trogs striking at P+S 11+3d6 against their ARM 16.  Without using Heroic Dodge, that character would have taken an average 16.5 damage, which would have been more than enough to incapacitate them.
The only commonly-available way to survive such damage is through use of Heroic Dodge, which requires a feat point to use.  Consequently, being able to generate feat points can become extremely important.  This is only compounded by the availability of other archetype-, career-, or weapon-specific abilities that require feat point expenditure in order to activate, like Counter Charge or any of the available Battle Plans.  With this in mind, it’s important to look at how feat points are generated when building your character concept.
There are three typical ways to generate feat points:
Walking into a fight full on feat points is always a good idea.  Since you can score critical hits on any type of skill roll, not just attacks, having a character that can easily generate critical hits with boosted rolls will always be a huge boon in supporting this.   The Hyper Perception benefit, which automatically boosts any Perception roll, is a great example here, as these types of skill rolls are often really common in roleplaying campaigns, particularly games based on investigation.  For a less “mechanical” method, appropriate roleplaying will have the same effect, so always be on the lookout for opportunities to play up your character, not simply to extract feat points, but also for the obvious reason of enriching the game’s narrative. Being able to generate feat points in the middle of a fight is just as important if not more-so.  The two primary mechanical ways of generating feat points, critical hits and incapacitating/killing an enemy character, can be approached in a variety of manners.  I’ve found that magic users with the Gifted Archetype are quite adept at generating feat points thanks to being able to make multiple attacks per turn (one spell with a quick action, one melee/ranged attack) as well as boosting magical attack rolls to increase the odds of scoring a critical success.  Warcasters in particular have the added benefit of being able to boost attack rolls with bonded weapons for increased critical success chance.  Characters with abilities or archetype benefits that allow them to make multiple attacks in a single round like the Skilled Archetype, Ambidextrous/Two-Weapon Fighter, Dual Shot, or Sentry will not only have more opportunities to roll critical hits, but will also be more likely to incapacitate enemy characters.  The Mighty Archetype is another strong source for generating feat points, as the absolutely crushing damage that they deliver will create quite a body count for them.
You’ll notice that the Intellectual Archetype wasn’t mentioned at all in the above paragraph, which is because it doesn’t really make a character any better at generating feat points in-combat.  This means that a character taking the Intellectual Archetype will need to either look for career-specific abilities to generate feat points, like Dual Shot or Sentry, or keep their distance from the front lines where they might otherwise be exposed to a lot of damage.
When all else fails, being heroic (at your GM’s discretion) should get you some feat points, too.  Look for opportunities to be awesome, and you should be handsomely rewarded for it.
Avoiding damage isn’t just about Heroic Dodge; it’s about smart placement, avoiding charges, and target priority.  However, smart play and teamwork won’t always do the trick.  Sometimes Bad Things slip past your guard, and you’ve got to take it on the nose, and that’s when you’ll be happy that you have the feat points to do so without getting chopped in half.
Also, keep in mind that you can never have more than three feat points on your character at a time, so don’t be afraid to spend one every once in awhile if you’re full-up, especially if spending that feat point has a likely chance of incapacitating an enemy model, thus generating more feat points.
Combat in the Iron Kingdoms Roleplaying Game is shaping up to be fast and furious.  Play smart!